stegosaurus
slc
Post rating: +
that book does have a lot of problems though. I definitely got taken in by it.
Flying_horse_in_saudi_arabia

pogfan1996
Post rating: +
it is always interesting to see the anti-communist left's adherence to cultural bourgeois values like "academic rigor" and "honesty". It isn't a surprise to see that the writers of this are trots, you see a lot of the same complaints from Charnel House in their 2,389 word self-own titled "Don't bother reading Settlers". Bourgeois academic rigor doesn't get us any closer to understanding the true nature of social relations, economic relations, and class relations.

We need more lies that tell the truth.
Flying_horse_in_saudi_arabia 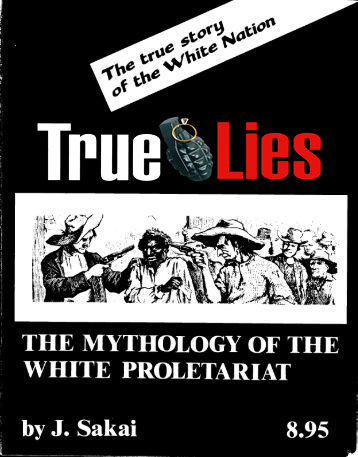 chickeon
chickeon
Post rating: +
all of the legitimate parts of that critique are massively undermined by the dumb shit they say in response, particularly the unvarnished eurocentrism that emerges toward the end and erasure of Marx's later thought. to say nothing of the sneering gbs funny python stuff!
tears

Decolonization is not a metaphor, Tuck and Yang, 2012 posted:

In 1924, the Virginia legislature passed the Racial Integrity Act, which enforced the one-drop rule except for white people who claimed a distant Indian grandmother - the result of strong lobbying from the aristocratic “First Families of Virginia” who all claim to have descended from Pocahontas (including Nancy Reagan, born in 1921). Known as the Pocahontas Exception, this loophole allowed thousands of white people to claim Indian ancestry, while actual Indigenous people were reclassified as “colored” and disappeared off the public record.

tears
Post rating: +
huh, so you wrote a history book that trots like, wheres your cia badge then?
tears

B. The manipulation of iconography

But the main compensating technique used by the author, which sometimes comes down to pure and simple manipulation, remains the use she makes of iconography, particularly rich.4 Page 35, while she intends to demonstrate the extent of the decline of the status of women in modern times, which results in a more gendered division of labor than previously, the reader is offered an image that represents women masons in the Middle Ages: 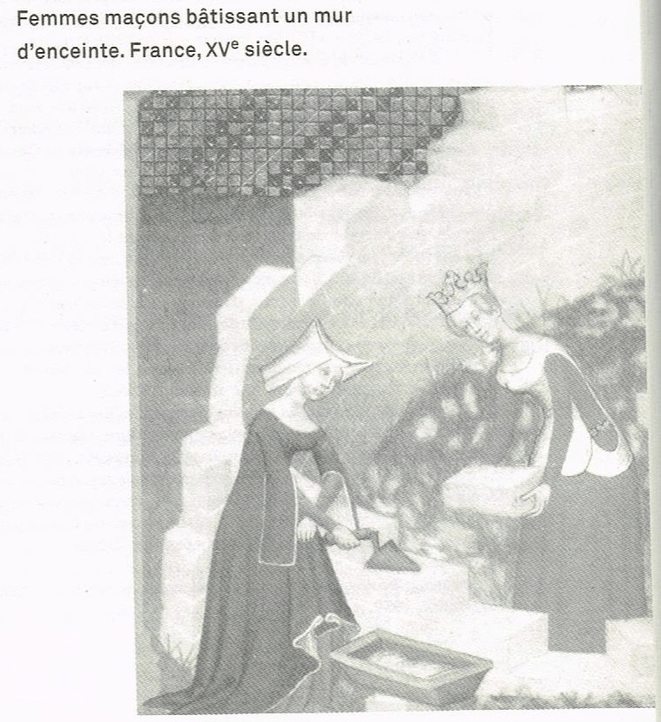 At this moment of its reading, the circumspect reader finds these “masons” of the fifteenth century still very well dressed, and is surprised that one of them even wears a headdress with a royal appearance. In the absence of further details on the provenance of the illustration (a constant throughout the book),the reader then uses the internet to find the original image: 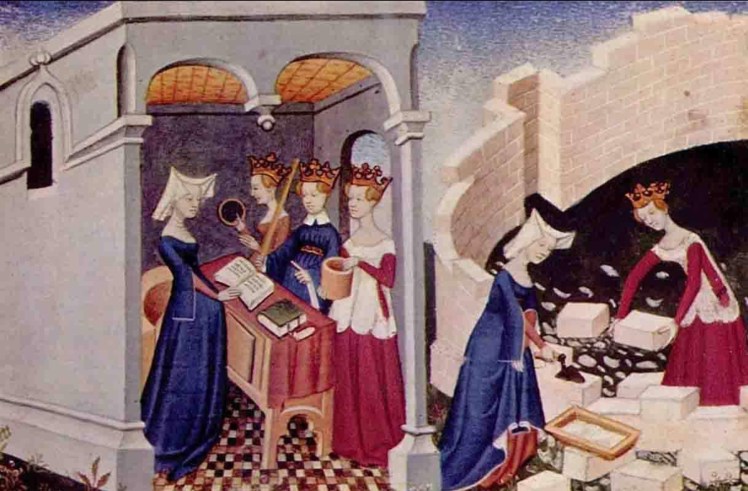 It can be seen that Silvia Federici has not only carefully amputated this image of its left side, which is much less in line with her thesis, but above all she has made it say exactly the opposite of what it says. Indeed, it turns out that the illustration is taken from a book by Christine de Pizan entitled La Cité des Dames, published in 1405, 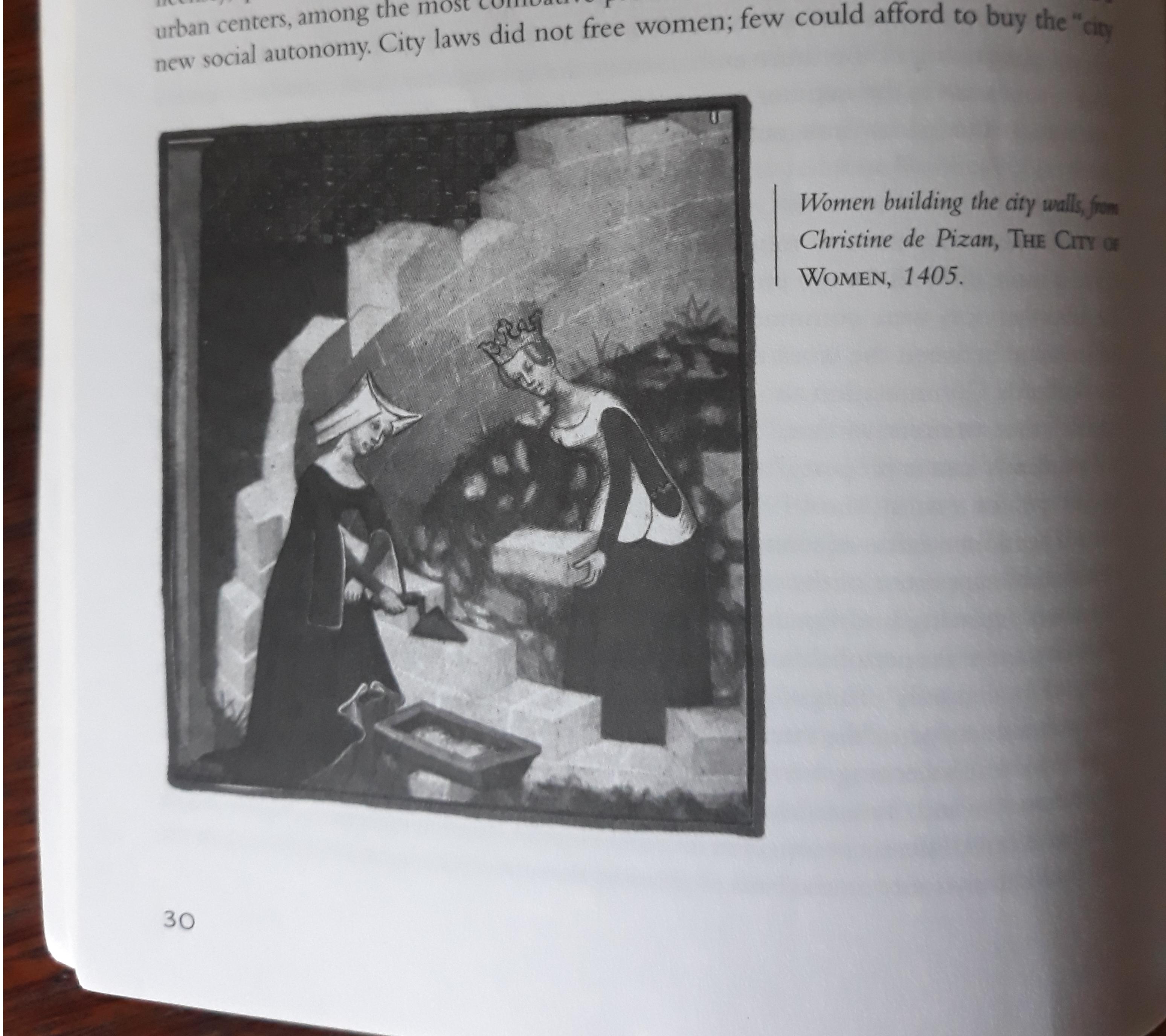 i mean if you're going to make this a big part of your epic 2017 takedown demonstrating your attention to detail, checking sources, and your difficult detective work you would at least, at the very least, one would think, as part of your commitment to doing due diligence research, acknowledge the existence of both a first (2004) and a second (2014) edition of the book you are criticizing before going off on one? i mean come on. 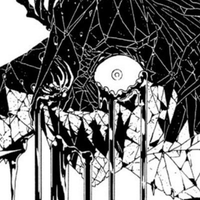 helius
Post rating: +
Would it be possible to add the original introduction of Settlers to readsettlers.org? It's very large and frames its goals within the larger Asian and socialist movement, and generally should be on it just for the sake of archival reasons. It's available here: http://fight4loop.org/j-sakai-the-original-introduction-to-settlers (If there's concerns with regards to permission, the person who transcribed this asked me before publishing already if the text can be uploaded to the site, though they'd like credit for the transcription if that's possible)

stegosaurus
slc
Post rating: ~
yeah we actually got an email about that today. we can credit the transcription.
cars

cars
UNUSUALY COOL
Post rating: ~
Has this text been confirmed with Sakai to accurately transcribe what's in this first edition? Or are there scans that confirm it?
cars

cars
UNUSUALY COOL
Post rating: +
also there's a recent postscript where Sakai says all my posts are great, anyone going to transcribe that?? If not I'll take care of it
cars

cars
UNUSUALY COOL
Post rating: ~
I know everyone here will agree it's a bad idea to host text that hasn't been confirmed through review of the first edition in which it's supposed to appear. This can be done easily enough by linking e.g. scans of the text that's transcribed.
招瑤

招瑤
lies half the time
Post rating: ~
show us the postscript
helius 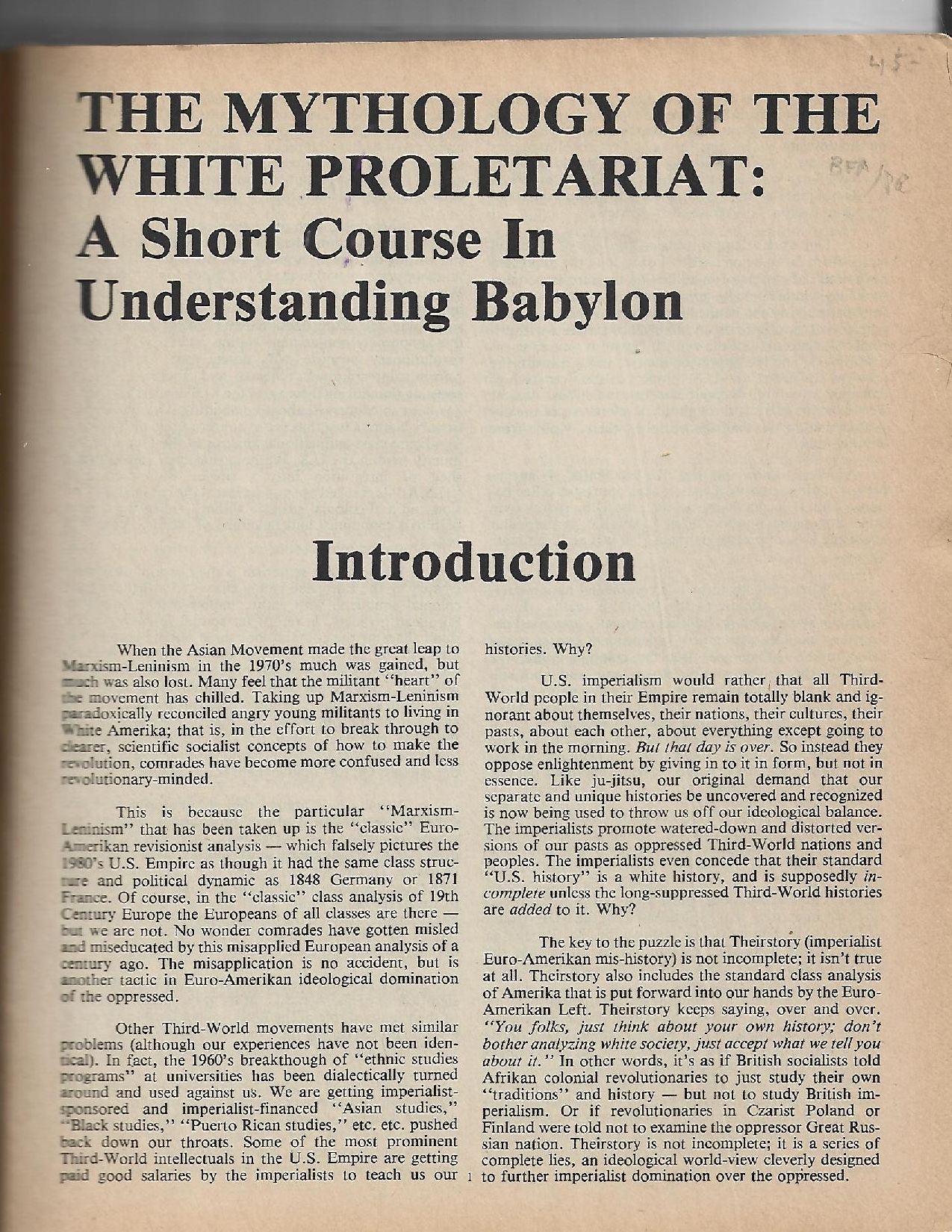 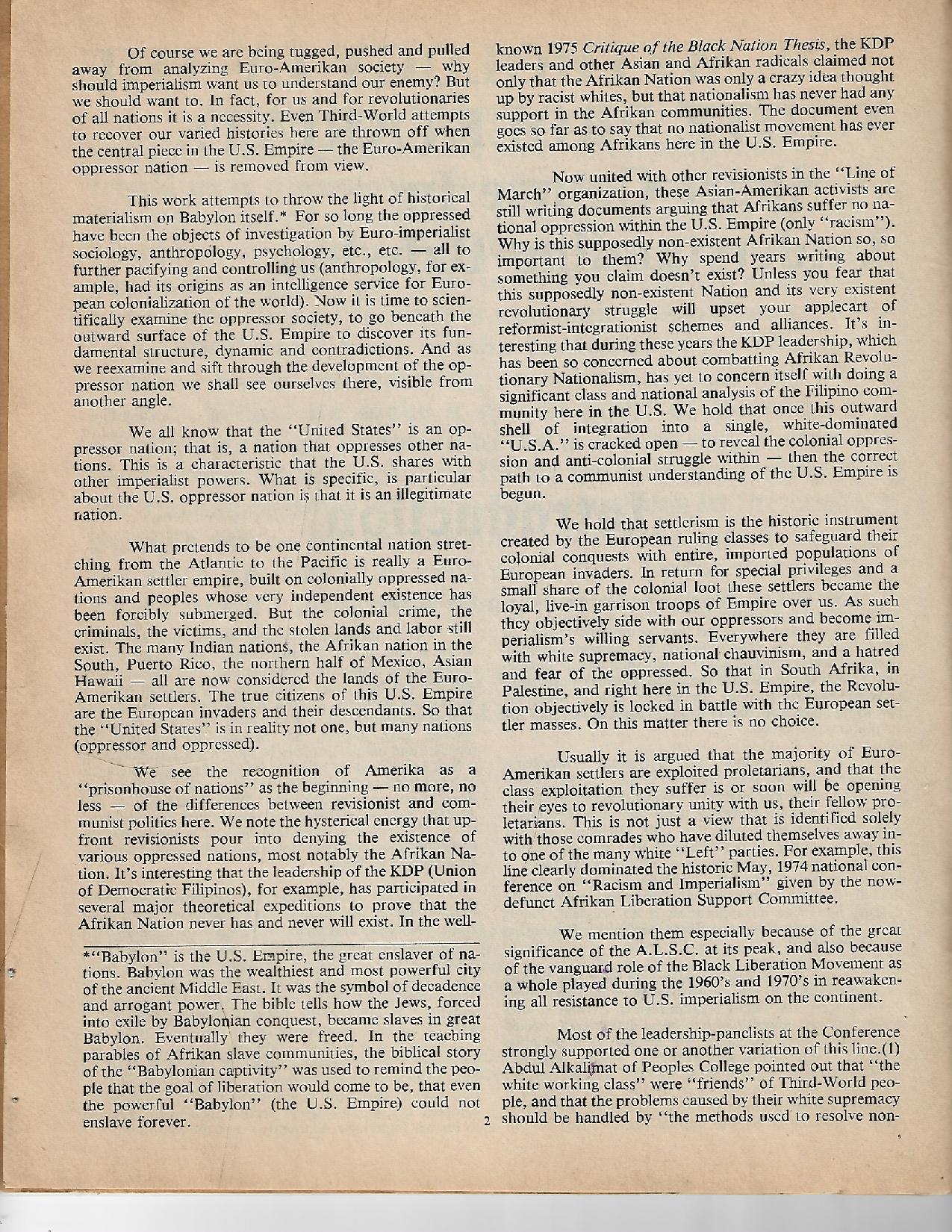 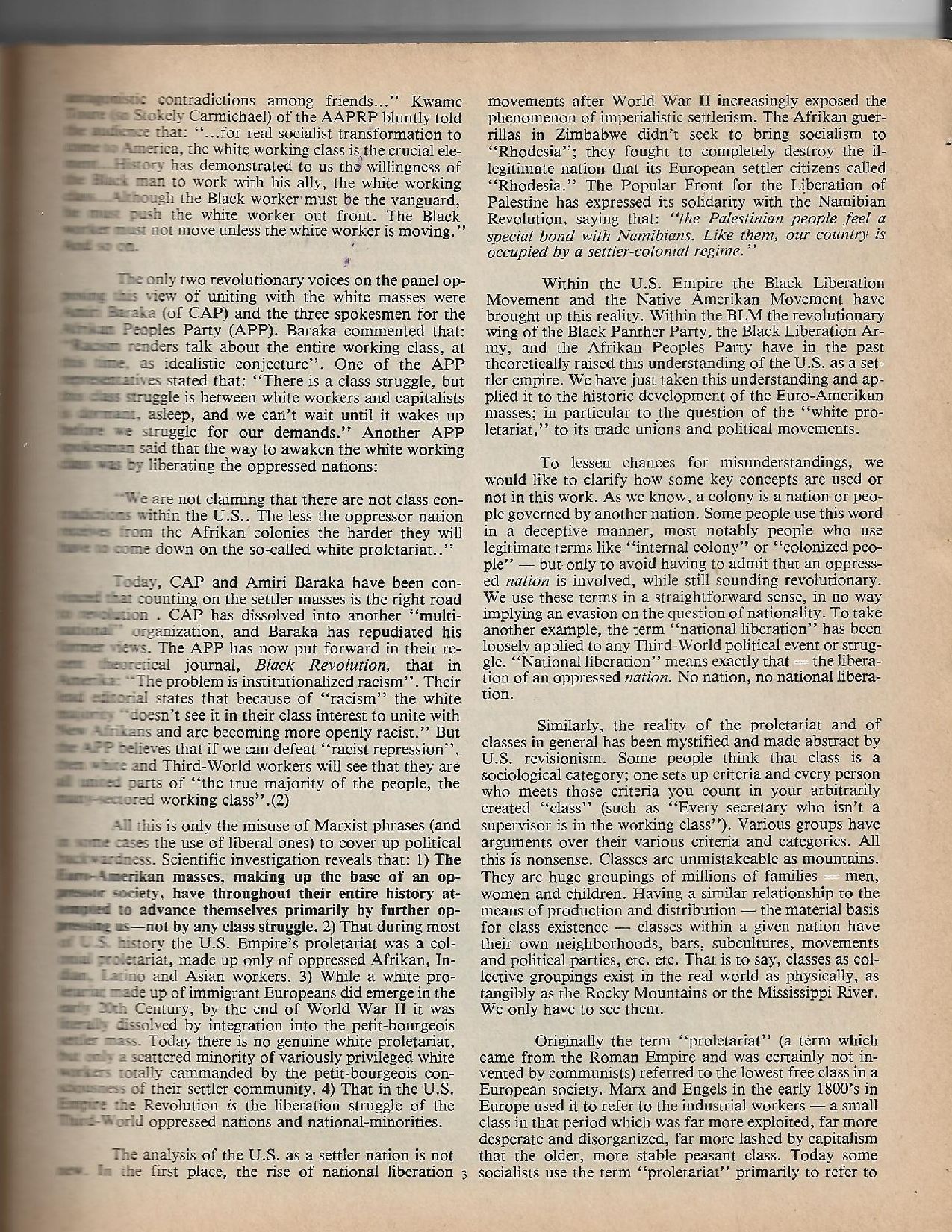 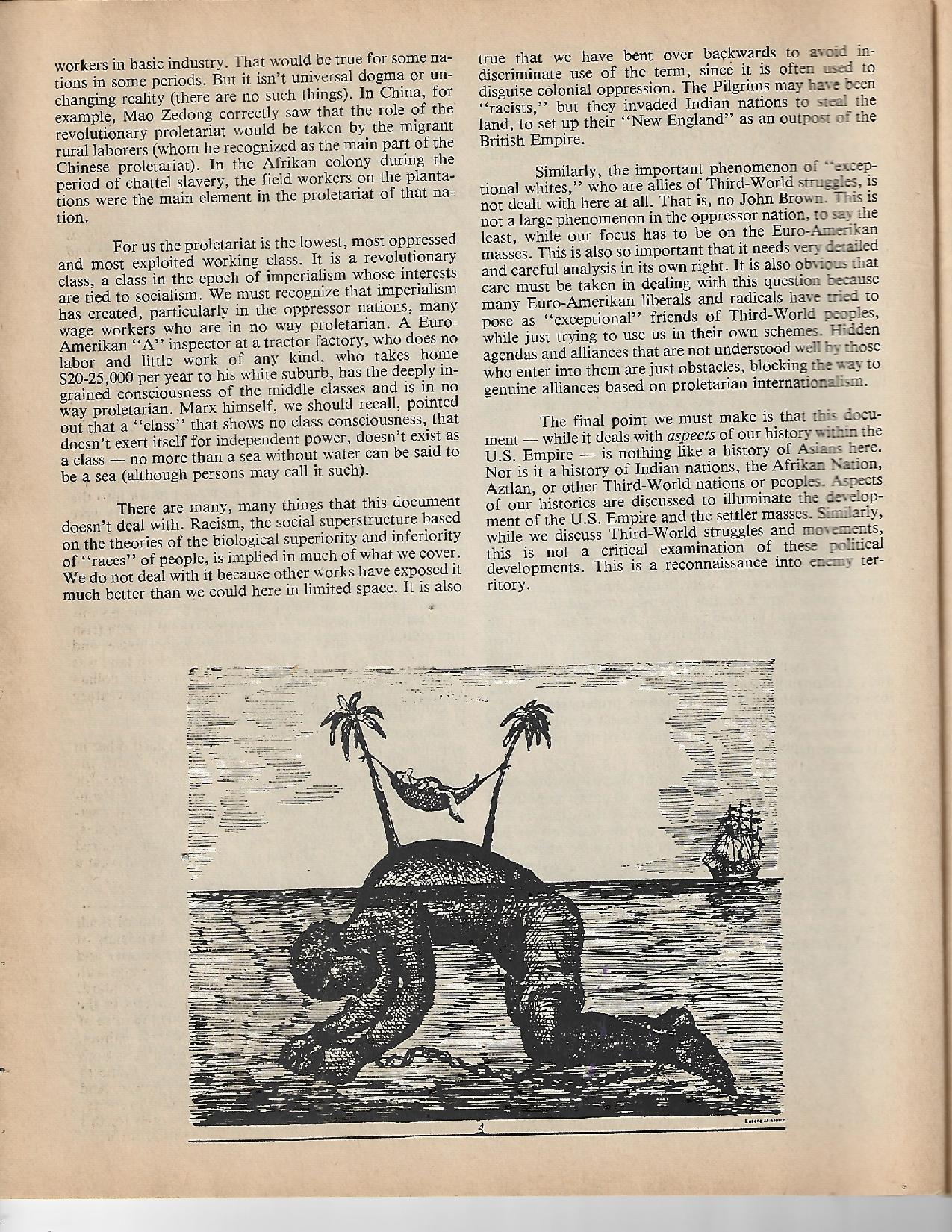 Here are photos of the relevant passages. Personally, i feel like going from the assumption that someone invented the text is quite a weird assumption to start with,(especially because i doubt it's that easy to write exactly in the way sakai does, and referring to the specific instances he does in that introduction) but here they are and you can look for every typo, irregularity, and so forth to your heart's content.
招瑤

招瑤
lies half the time
Post rating: +
thanks helius. i don't think it's particularly unreasonable or even accusatory to request the ability to put more than one pair of eyes on a source tho, it's just due diligence
Flying_horse_in_saudi_arabia

going from the assumption that someone invented the text is quite a weird assumption to start with,


rather than an attack on whoever typed this up and posted it, it's indicative of the high esteem in which the book is held that people would ask a very simple and modest measure of authenticity when this text suddenly appears online after decades.

going from the assumption that someone invented the text is quite a weird assumption to start with,

rather than an attack on whoever typed this up and posted it, it's indicative of the high esteem in which the book is held that people would ask a very simple and modest measure of authenticity when this text suddenly appears online after decades.


sure, i just woke up to the deluge of posts asking for a photo of the original and felt more than a bit miffed by this, really, which made me voice this -- it's not unreasonable to ask for a photo of the original, especially if it's supposed to be uploaded to the website, by any means. settlers is a well-known text online, thankfully, so saying it should be substantiated with photos is reasonable. (especially if to check with potential typos, etc.) either way, i don't intend to press more on this, considering the matter is settled, for what it's worth (hopefully).

JohnBeige
Black Belt
Post rating: ~
was there any more labor needed on this project? i know there was some transcription going on, and some formatting for a while, but i havent checked in in a minute
tears

was there any more labor needed on this project? i know there was some transcription going on, and some formatting for a while, but i havent checked in in a minute


i stalled on the citation work after doing a few chapters a couple of years back. Chapters 5-10 still need doing, but iirc I have chapter 5 "done" on an old computer, you would have to go back in the thread some pages to see where we had got to as I have forgotten. its pretty unrewarding since who checks references right, but also i should point out very spiritually rewarding and will probably look good during for instance particular judgement, or any other post-death judging which may or may not occur.

at the time open library + archiveDOTorg allowed me to steal lots of book chapters, so, thanks to my diligent work if you click the reference at the bottom of some of the early chapters it will take you to a pdf of the entire chapter which Settlers references. based on recent drama im thinking about getting really mad about how no one respect me for this, probably on twitter

stegosaurus
slc
Post rating: +
I think whatever effect its going to have on people wont be impacted too much by more work. its mostly done. I think we'll put the original intro up there but thats about all I think it needs.
swampman

swampman
Dont Mess With Sucess
Post rating: +
it is a living document. you are the zookeeper. and we WILL be chucking bags of crisps into the enclosure for years to come