We vote, because it's not like we had something politically effective to do that day

Gssh
Post rating: +
in the interest of posters mental health this thread has been moved to dytd
shriekingviolet 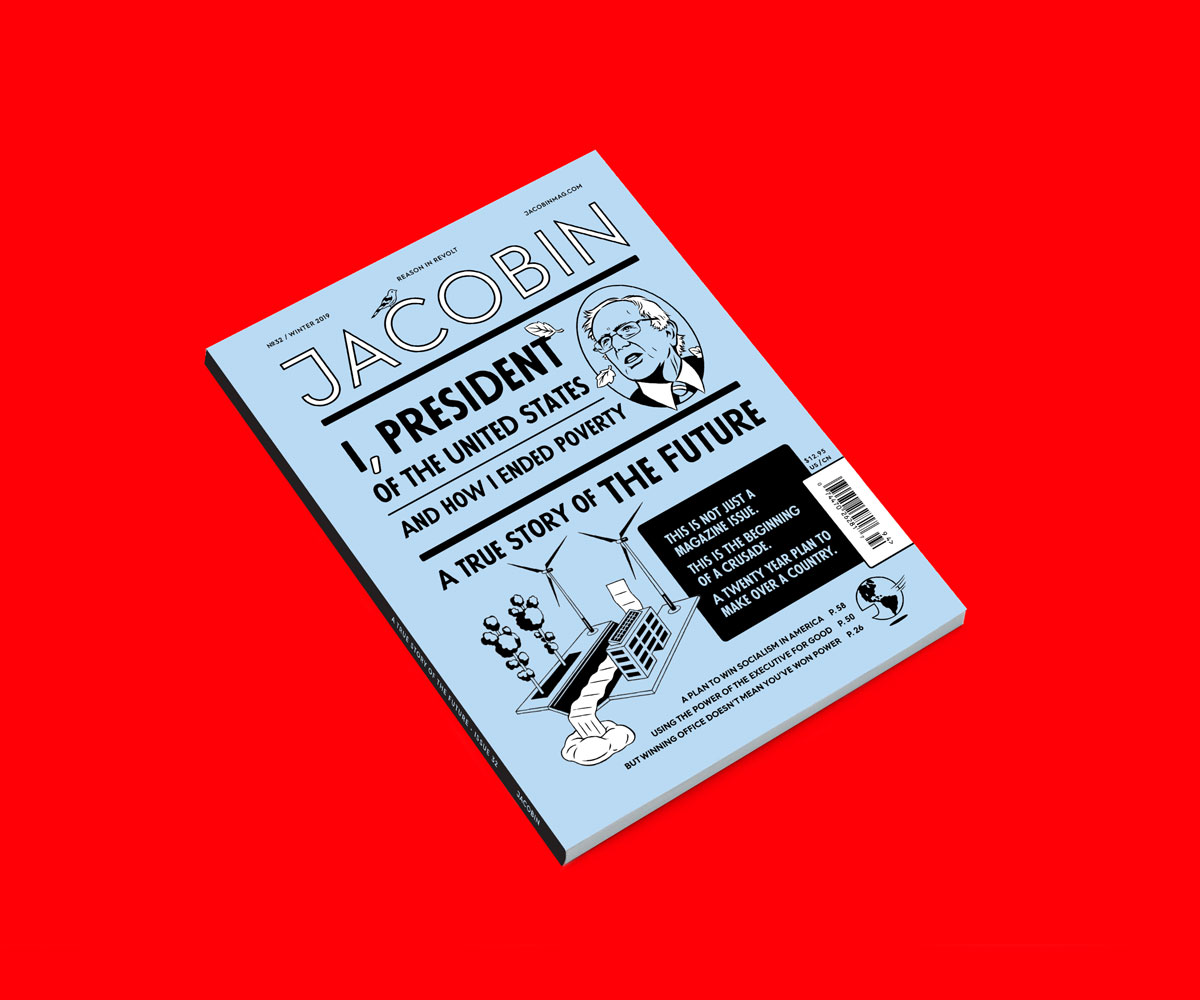 zhaoyao
lies half the time
Post rating: +
at least they're open about it being science fiction
trakfactri

Anyways, long-time lurker and first-time poster, so I might as well start out with the big prediction that Bernie will take over from the Carter-like Trump who ran against his own party in some ways, and you'll get some kind of restructuring. Notice Bernie doesn't have much to say on Trump's trade barriers. Bernie is a curious inverse of Trump where he offers to use economic nationalism to solve social and cultural problems, rather than using social and cultural nationalism to solve economic problems. Call it "left nationalism" maybe and this is still imperialist, and Bernie Sanders is an imperialist, but it does threaten some of capital's gains in the past half-century which is why he has faced a greater degree of opposition than other presidential candidates.

It's interesting to see the American flags at these rallies. The nationalist character of the democratic left is something that will come back to haunt it. https://t.co/aZXNmkeqtv

Flying_horse_in_saudi_arabia
Post rating: ~
it's fun being drunk and high. this is the right forum yeah
zhaoyao

zhaoyao
lies half the time
Post rating: ~
you got to be drunk and high to vote my друг
trakfactri

shriekingviolet
Post rating: +
oh my god you guys Beto was part of the Cult of the Dead Cow our stupid shitty cyberpunk future really is here
shriekingviolet

shriekingviolet
Post rating: +++++
A serious candidate for the President of the United States is a Socially Liberal Fiscally Conservative punk rock hacker dipshit and I am opening a beer at 10 am
karphead

We are LIVE @theprospect with a long-read from @cd_hooks, on a pivotal moment in Beto O'Rourke's political career: when he supported the makeover and displacement of a low-income neighborhood in El Paso, a plan pushed by his developer tycoon father-in-law. https://t.co/ShvXc2dWaK

Soon after, PDNG hired a marketing firm—one founded by Sanders’s father—to present a vision for El Paso’s future to the city council. The presentation depicted the El Paso the city wanted to move away from with a picture of an old Chevy pickup truck and an older Hispanic man in a cowboy hat, accompanied by the words “Dirty,” “Lazy,” “Speak Spanish,” and “Uneducated,” while the El Paso of the future was shown by pictures of a smart new SUV, Matthew McConaughey, and Penélope Cruz, accompanied by the words “Educated,” “Bi-lingual,” and “Enjoys entertainment.”

Beto was part of the Cult of the Dead Cow


this reminded me years ago i surrepticiously installed backorifice on a friends family computer along with an audiofile of me screaming and laughing slowed down with microsoft sound recorder and waited till i saw my friend logged on msn then remotely activated it and the cd tray repeatedly. i later heard they walked into the living room to find their dad shouting at the computer believing it was demonically possessed. i was not allowed back for a long time. thanks beto!

rolaids
Post rating: +
The saddest part of all the Jacobin/DSA right Bernie stanning is that the dude doesn't stand a chance of even winning the primary. He's already botched the reparations question yet again (social fascism proven correct example 2,727) and shows no signs of changing his "class-only" stance to make inroads with black voters, and the hive mind knee-jerk defenses of Bernie can do no wrong don't help. I think the Verso Loft crew has underestimated how much the professional class libs who make up the overwhelming percentage people who give enough of a shit to vote in the primary despise him. He's gonna dominate the first three primaries and then be dead in the water on Super Tuesday behind Harris and Biden. DSA is going to utterly implode once that happens
psychicdriver


imagine if sanders won and he was like alright folks time to implement my plan to break up every major financial institution into smaller banks. i'll just pass this bill through congress which shatters wall street.

congress: yes, we will quickly pass this bill. we may not all be fans of yours but we definitely agree we should take on the combined might of US financial institutions.

wall street: well, the bill passed, and i think we learned a valuable lesson. we lost trillions in investments but that's life. fortunately sanders is very much a supporter of main street, so the economy will be fine.

insurance companies: oh now he's socialized health insurance. our entire industry is closing down. we'll have to make the transition as easy as possible for patients, since it's the right thing to do.

doctors: the government directly employs us now, which is fine with us, since we went into this profession to heal people, not clear a million a year tightening the skin on people's necks.

democratic socialists of america: thank you guys so much for being cool about this.

DSA is going to utterly implode once that happens


It's easy to imagine DSA imploding no matter what happens apropos Bernie.

trakfactri
Post rating: ~
You're not wrong, of course. It's just that all roads lead to implosion.
trakfactri

trakfactri
Post rating: +
Biden and the ISO going down in flames over #MeToo scandals in the same week. The twin era of neoliberalism and socialist microsects is over. Thesis and antithesis merge into a new synthesis.
Populares

Populares
Post rating: ~
I've come up with a few good acronyms for future in the inevitable demise of the DSA. ARIA: American Revolutionary Insurgent Army or UPA: United Peoples of America.
trakfactri

trakfactri
Post rating: ~
Ever since right wingers started using the term "snowflakes" as a pejorative I thought the Snowflakes would be a good name for a left-wing insurgent group, with a little snowflake logo.

Ever since right wingers started using the term "snowflakes" as a pejorative I thought the Snowflakes would be a good name for a left-wing insurgent group, with a little snowflake logo.

the next step seems obvious: don't

I've come up with a few good acronyms for future in the inevitable demise of the DSA. ARIA: American Revolutionary Insurgent Army or UPA: United Peoples of America.

my partner (in the u.k) said i should make an effort to talk to and maybe find common ground with/learn something from people if bernie rallies come to my neck of the woods. she's no reformist by any means. should i do it?

let me talk to her... about the fact that i tried this and found out that most bernie supporters are downwardly mobile petit-bourgeois trying to revive home ownership and while there's a popular demand for social-democratic programs this popular character is not necessarily reflected in his diehard supporters.

this is Reverse Corbyn imo


You don't have to tell me twice. I've got a theory though that the fringe right is going down this path today. I remember watching an interview with Jerry Rubin on some T.V. program from the early '70s and someone in the audience asked him "were you ever a member of the Communist Party?" And he went "ohh no way lady, the Communist Party are conservatives compared to us! We're way more radical than they ever were." It's like a perfomative kind of acting out designed to freak out the squares and unsettle people. A lot of these young right-wing troll guys act like that and get themselves into a lot of trouble.

Parenti
Post rating: +
did anyone watch the fox town hall? 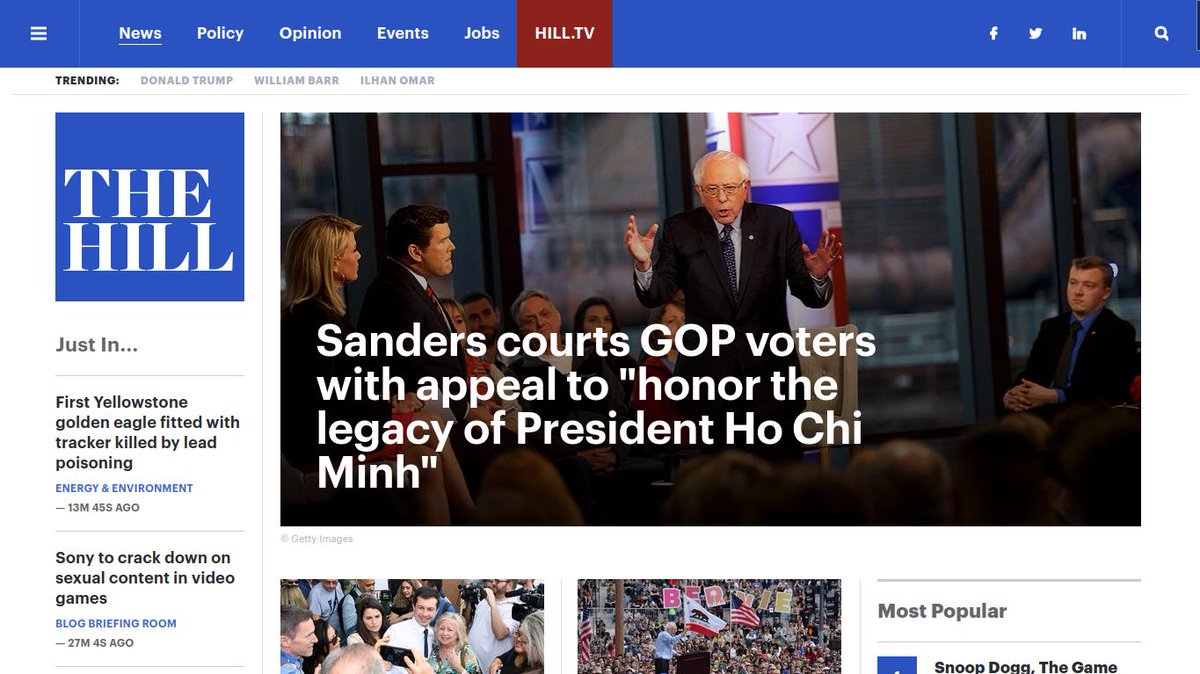 trakfactri
Post rating: +
About two minutes from a clip on YouTube. In lieu of commentary about what it all means for the upcoming royal rumble I'll just say one of the comments was promoting a theory that Bernie Sanders has a fleet of sports cars he doesn't want you to know about, which gave me a funny image of him whipping ass around Vermont in a Lambo.
cars

which gave me a funny image of him whipping ass around Vermont in a Lambo.

And now this headache is gettin you know... gettin stronger. And he showed me many animals and different things.

cars
UNUSUALY COOL
Post rating: ~
I have come to realize there is not much more entertaining than people online who are like, I’m out here saying a slur, I’m voting for a Democrat from Vermont even, there is no stopping me
Populares