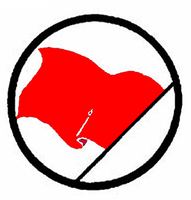 how do you say aroace, does it sort of rhyme apache? is it italian? how many genders does it cover and why not mine

POSTED ON APRIL 1, 2017 BY SCOTT ALEXANDER
(An SSC reader working at an Oxford library stumbled across a previously undiscovered manuscript of G.K. Chesterton’s, expressing his thoughts on AI, x-risk, and superintelligence. She was kind enough to send me a copy, which I have faithfully transcribed)
le_nelson_mandela_face


A long time ago I hosted an SSC-meetup-ish-thing in the offices of Quixey, a Silicon Valley company with a lot of connections to the rationalist and effective altruist movements. Unfortunately, Quixey is shutting down. There’s something kind of crazy about starting from nothing in 2009, getting valued at $600 million in 2015, and shutting down in 2017, but I guess that’s business. Or something.
Chthonic_Goat_666

POSTED ON APRIL 1, 2017 BY SCOTT ALEXANDER
(An SSC reader working at an Oxford library stumbled across a previously undiscovered manuscript of G.K. Chesterton’s, expressing his thoughts on AI, x-risk, and superintelligence. She was kind enough to send me a copy, which I have faithfully transcribed)

Scott Alexander (writing in character) says he’ll eat his hat if I donated to charity last year. I gave $15K to MSF, try Tapatío on the hat.


The two quotes Alexander attributes to me are from other people—Joi Ito and John Rich, and labeled as such in my talk. Worst takedown ever


Respect! Not even with bacon. RT @slatestarcodex: @Pinboard pic.twitter.com/Jzz86mmYyz

the article which prompted this completely insane chesterton "parody", twitter meltdown and hat-eating:

Belphegor
Post rating: ~
I'm not sure what slate star codex is but I'm convinced me and it can never be friends
thirdplace

ilmdge
Online
Post rating: ~
corporate media will publicize that kind of attitude as much as they can in order to convince people it's politically fruitless to pursue left-wing policy. fuck the media and please dont share their bullshit around. i assure you most people wont vote to lose they own job
[account deactivated]
Belphegor

Belphegor
Post rating: ~
if it hadn't been a doctor would we still see all the outrage? magic 8-ball says 'outlook not so good'
le_nelson_mandela_face

le_nelson_mandela_face
"Jpg." - Hank Hill
Post rating: ~
why is every murder a Brutal Killing? shot the guy once in the head. that's not brutal. what would you have called it if he hacked the guy up with a guitar axe? smdh
thatfatkid

thatfatkid
Post rating: +
the prime minister of Australia is begging multinational gas companies not to export all the gas because of a impending domestic gas shortage. instead of ya know, legislating that they stop exporting all the fucking gas. or even better nationalizing them. smdh

cars
UNUSUALY COOL
Post rating: ~
it's not like it would be better if the nazis of the south pacific nationalized their resources either
thatfatkid

Please don't refer to my people using the n word

its out of bounds to compare them to nazis, the australians were much more successful at genocide

thatfatkid
Post rating: ~
pro tip: if you want to get away with genocide, be british
Chthonic_Goat_666

the prime minister of Australia is begging multinational gas companies not to export all the gas because of a impending domestic gas shortage. instead of ya know, legislating that they stop exporting all the fucking gas. or even better nationalizing them. smdh

any interesting articles about this?

Santos says there are plenty of gas reserves in Australia, the problem is state government restrictions on developing them.
Source: AAP
19 APR 2017 - 11:06 AM UPDATED 7 HOURS AGO

One gas industry chief due to meet with Turnbull government ministers says the promise extracted two months ago to stave off a domestic shortage is a "fake construct".

Prime Minister Malcolm Turnbull has called the gas companies to Canberra on Wednesday to reinforce his message that a shortage on the east coast is not acceptable at a time when Australia will soon become the world's largest exporter of LNG.

At a previous meeting in March, he extracted a promise from exporters Shell and Origin to put more gas into the domestic market than they took out, with Santos expected to follow suit.

But ahead of Wednesday's meeting, Santos chief executive Kevin Gallagher said the idea of being a "net contributor" was a "fake construct".

The Gladstone LNG (GLNG) project, in which Santos is a lead partner, was producing less than its expected capacity so "we don't have any spare gas".

If Santos did find spare capacity, it would be more than happy to sell it into the Australian market, he told Sky News.

Energy Minister Josh Frydenberg said the GLNG project was taking gas from the south of Australia to export.

"That is increasing pricing across the country and it's also meaning that we've got a tightness in supply," he told ABC radio on Wednesday.

"We will be sitting down again today with the company and having that very frank conversation with them to say it is unacceptable."

When asked whether the government was prepared to knock heads together at the meeting, Mr Frydenberg said: "Absolutely, absolutely."

He wants the commonwealth to pressure state governments to ease development restrictions.

"There's plenty of gas in the east coast and in the Northern Territory, it's a case of being able to develop it," he said.

"Had we been able to develop the Narrabri project as we intended to back in 2010-11, there would be no gas shortage in the east coast today."

The agenda for Wednesday's meeting is also likely to include a proposal to allow exporters to buy cheap gas on the Asian market to fill contracts, freeing up Australian gas for domestic use, both in industry and electricity generation.

The idea has won the support of Labor, which says the existing system has gone "topsy-turvy".

But Mr Frydenberg said swaps were a matter for commercial negotiations between companies.

From a quick google there doesn't appear to be many in depth articles on the gas "crisis".

But gas exporters like Santos, QGC etc. are exporting gas, but far less than what they had projected they'd be exporting when they signed all the export contracts around 2011(?) (a lot of the gas fields that they have mining leases for ended up having much less gas than what they thought was there, some even not being worth the money to extract the gas). Hence the gas exporters aren't willing to further reduce their already "small" export amounts.

So instead of using existing federal powers to force the gas exporters to reserve some of the gas being exported, Malcolm Turnbull is choosing to use this "crisis" as an opportunity act tough and make a "deal" with the exporters. This deal will more than likely involve relaxing restrictions on gas exploration in order to open up more gas for extraction from fields that were too difficult or sensitive to operate in and maybe this time some of the gas will be kept in Australia.

tl;dr big business fucked up their forecasts, fucking over the domestic supply of gas and are going to use this as an opportunity to steal more gas from the australian people le_nelson_mandela_face
"Jpg." - Hank Hill
Post rating: -
i'm reading a thing by a woman that's like "i can't find clothes online because i'm a plus-sized woman!" and i dont think the propect of losing some god damn weight has ever crossed her mind
le_nelson_mandela_face

le_nelson_mandela_face
"Jpg." - Hank Hill
Post rating: ~
hey everybody. all i can wear are parachutes ordered out of a circus supply magazine. why can't the world change because i don't feel like guzzling less sugar literally every waking hour of my life
le_nelson_mandela_face

le_nelson_mandela_face
"Jpg." - Hank Hill
Post rating: ~
im confused about the downvotery. this person is white and not poor. they should and deserve to be murdered and their organs reappropriated for vietnamese bomb victims. what's a bit of mockery of their transitory lardstate
tears

pro tip: if you want to get away with genocide, be british

im confused about the downvotery. this person is white and not poor. they should and deserve to be murdered and their organs reappropriated for vietnamese bomb victims. what's a bit of mockery of their transitory lardstate

Flying_horse_in_saudi_arabia
Post rating: +
if there's anything i've learned from children's tv, it's that everyone has something they're the best at.
le_nelson_mandela_face

im confused about the downvotery. this person is white and not poor. they should and deserve to be murdered and their organs reappropriated for vietnamese bomb victims. what's a bit of mockery of their transitory lardstate

if what you want out of life is to be a mentally ill fat person on the internet then that seems attainable for you. don't fall victim to the sunk cost fallacy 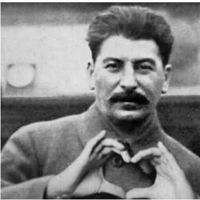 gay_swimmer
Post rating: +
a few years ago i was posting on /r/fatpeoplehate a lot (it wasn't banned yet at that time) and generally spending a lot of time in the basement, crying etc. turned out i was having an extreme depressive episode!!