cars
UNUSUALY COOL
Post rating: +
I think it's Very Interesting Indeedo that "tankie" is getting more widely adopted because anyone using it seriously sounds weird & stupid automatically, and when challenged none of them can explain what it means or who it includes because understanding its origin requires knowledge of history the people using it never have. A triumph of self-ignorance and, as expected, Good For Communism
Flying_horse_in_saudi_arabia

I think it's Very Interesting Indeedo that "tankie" is getting more widely adopted because anyone using it seriously sounds weird & stupid automatically,


to normal people, sure, but last i checked it was still doing a pretty good job of creating cointelpro wedges in non-denominational (for want of a better term) leftist communities online

zhaoyao
lies half the time
Post rating: +
nearly got blasted by some lightning earlier, just abt scared the piss out of me, couldn't see or hear nothing for a min there. then i got back to work, the children of this community can rest assured that their supply of fluoride has not been interrupted and their teeth are safe

fuck lot of floodwater around here though
cars


im stationed out in a pump house in a lake surrounded by floodwater making sure the sluice is opened juuust the right amount so the whole thing doesn't flood. usually we pump from the lake, now we're pumping our raw water out of the pumphouse basement, at around 6250 gallons a minute. if the lake rise much more ill have to make a break for it over the bridge that's usually like 15ft above the water, currently around 1ft

zhaoyao
lies half the time
Post rating: +
the volume of water that falls out of the sky is ridiculous, a quarter inch of rain falling on one square mile would amount to well over four million gallons. my county is a bit over five hundred square miles in area so that rain event would come to over two trillion gallons of water. over the last week we've had twenty-five times that much rain, what the fuck

hey
Post rating: +
It's time we declared war on the sky
solidar

zhaoyao
lies half the time
Post rating: +
finally found a buyer for my old banjo.. had to convince em it was a guitar. sold it for ten bucks which is great, i only paid six for it myself
tears

gay_swimmer
Post rating: +
imagine posting a ukulele against a featureless white wall to fool people into thinking you haven't actually bought a banjo
88888 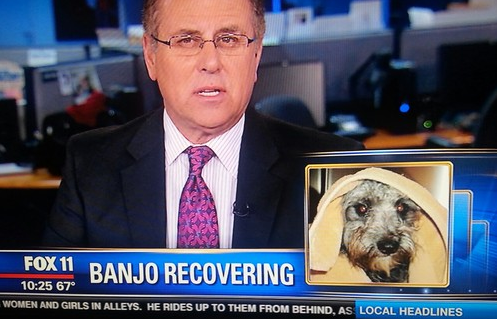 zhaoyao
lies half the time
Post rating: +
now if only i could find that box of T-shaped buttplugs i lost, i need them for my tiny butthole. plz hmu if you find them
zhaoyao

zhaoyao
lies half the time
Post rating: ~
liceo are you sure thats not a six string guitar with a string missing
Parenti

looking for some legal advice re: neighbor playing banjo (badly) at all times of day

teach them to play well 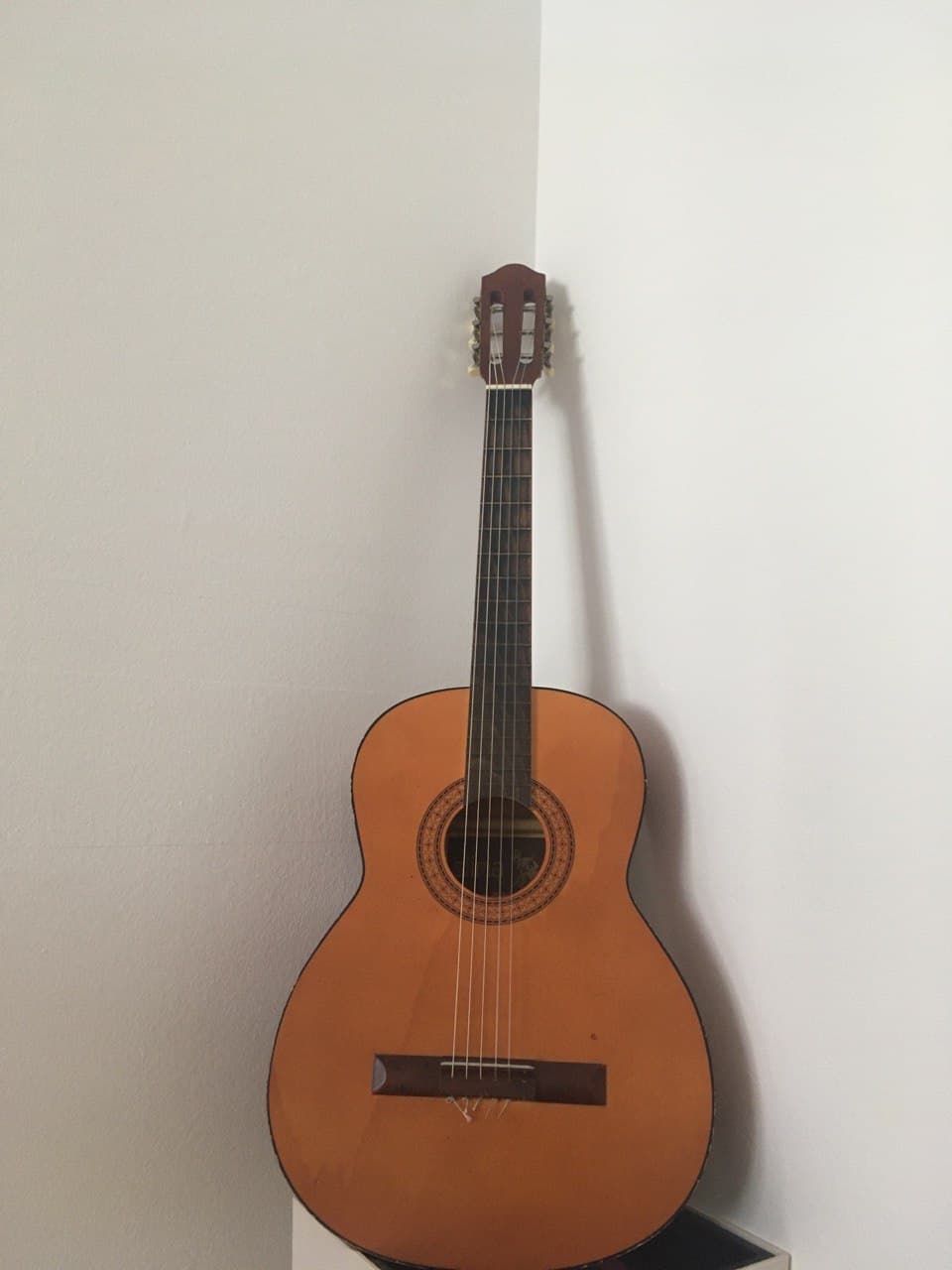 Populares
Post rating: +
Why would you ruin a perfectly good banjo, by adding a sixth string?
cars

Why would you ruin a perfectly good banjo, by adding a sixth string?

you get your money for nothing and your chicks for free

guess what motherfuckers i got a pack of strings today

that puts you at 11 strings; what you've got there is an oud, friend


you've probably already seen this but i thought it might help you starting out with your banjo, which you have (It's a banjo)
[account deactivated]
shriekingviolet

shriekingviolet
Post rating: +
I think I'm officially old and boring now because I considered a celebratory wake and bake but then stopped and thought "Wait... would that actually be fun. Do I even want to do that." Not really.
zhaoyao

zhaoyao
lies half the time
Post rating: +
saw some anarchists had dropped a banner on a pedestrian bridge, it said "EAT MOЯ LANDLORD" in chikfil cow font. at the same time a rage against the machine song was playing on npr and i was transformed into a teenager for a few minutes
[account deactivated]
zhaoyao

Tramadol, the controversial painkiller allegedly used by some professional cyclists and blamed for causing crashes in the past, has been found to improve cycling performance under certain conditions, according to a research paper.

The paper, by scientists from the University of Granada and the University of Kent, found that Tramadol, which isn't banned by the World Anti-Doping Agency (WADA), improved cyclists' power by an average of five per cent in a 20-minute time trial.

The scientists asked the participants to warm up before performing a 20-minute time trial, during which their average power and heart rate were measured.

The results showed that riders' average power after being given Tramadol was on average five per cent higher than when given the placebo (220 watts compared to 209 watts).

Riders also had a slightly higher average heart rate after taking Tramadol (166bpm compared to 162bpm), despite there being no difference in the rate of perceived exertion.

Lotto-Belisol team doctor Jan Mathieu has said that the ongoing use of powerful painkiller Tramadol by some riders is a contributing factor in the recent spate of crashes in the opening classics races of 2014, and has renewed calls to have the drug banned.

Tramadol is an opioid, and like other substances in that group it causes drowsiness as a side-effect. Mathieu says that it's this that has caused riders to lose concentration and cause crashes, according to an interview published by Belgian website sporza.be.

Teams that have voluntarily signed up to the Movement for Credible Cycling (MPCC)'s stringent charter do not use the drug, but teams that have not signed up - including Sky, Omega Pharma-QuickStep and BMC Racing - are free to use it as it is currently not on the World Anti-Doping Agency (WADA) list of banned substances.

"Tramadol is a really strong painkiller and has a central effect," said Mathieu. "It is dangerous for your concentration and you can become addicted to it. The MPCC has asked the UCI and WADA to ban its use."

Lotto-Belisol have suffered more than most with crash-injured riders, not least with its star sprinter Andre Greipel, who will miss the rest of his spring campaign after suffering from a dislocated collarbone at Ghent-Wevelgem.

WADA added Tramadol to its 'watch list' in 2012, and is monitoring its use and abuse within sport.

laying on a hospital bed. yesterday i broke my left wrist in another bike accident and its so bad theyre gonna put a titanium plate in my wrist area. if they fuck up i might lose control of my fingers and possibly my whole hand. i was cruising at very high speed after a 70km ride when this asshole jogger moved from the curb to the bike lane out of nowhere. in the ambo the girl nurse was in my 9 th grade class so we talked for a while. then i arrived and immediatlu complained about excruciating pain so they wuld getme high on sth. one valium and some nurse prepared a syringe of morphin. i won. every five min she gradually injected 1/5th of the content but i kept saying it didnt change or just slightly so she got out another syringe and after this one was 3/4th slammed in my veins i was high so i told her ahh i feel better . i had no cigs left and was tied w an sodium iv and the other bullshit. i was already on 550 of tramadol cuz it helps w bike performance but it had slightly worn off by then. then they took me into a room gave me haha gas and snapped a part of my wrist back in place while i was zoned out. to be honest i understand whippit addicts now. few hours later they got me on ketamin to snap another part back up... the nurse was injecting 2 mg by2 mg... who gets high on 8mg of ket. i basically told them nobody touched my arm until i had 50mg or more spiked in. they caved in .... ahhhh now i felt great, then they let me wait 30 min for the ket to wear off n to measure my blood pressure etc... had me waiting til 3am in the lobby cuz it wasnt good enough n i had to get opened by a surgeon... of course during that time i complained about pain, even dropped a few tears n was given another full syringe of morphin.. then some doc gave me a whopping two scripts for tramadol ... thanks doc! but im already forging my own ones im used to it... so i told him in so many words i can get higher so i got prescrptions for oxys. ownage.!'´ now im bored high waiting to get cut up

that really sucks man. i've broken both wrists at various times, not fun. i hope you can wean yourself off painkillers during this time so that your bones will heal faster.