i speak german and am learning russian. plus intend to pick up another language. i want to work abroad. i can teach english somewhere, but then i`d be broke. my second best option is yea.. just pursuing a phd in germany, cos it would be free aside from measly fees + u get a living stipend (rent + some money for food). i just don`t really care about being a researcher.. i like statistics n social research i just don`t want to do it for a long time. i don`t really give a fuck about what the state department is or what they do, my role would be insignificant.


i think you're undervaluing yourself. obv its your life but the state department is the engine room of the nazi death machine

MarxUltor
Post rating: ~
america has a bazillion people who speak more than one language, its the least impressive and useful "skill" on the job market, especially euro languages.

there are a million govt jbs that arent state dept but to be fair, most of them by far are DOD which obviously isnt any better. also most govt jobs are really hard to get if you're not a veteran unless its some kind of hard science that troops are generally too dumb to make it through in enough numbers to flood the recruiting pool.

next most is probably VA and while you can delude yourself for a while that at least you're kinda working at a hospital, trust me thats just a dystopian nightmare I could never ask even someone as annoying as conec to climb into.

teaching of any kind is obviously right off the table.
TheIneff 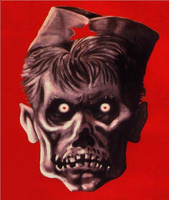 u guys are seriously f8ckdarts. y do u give a shit if someone from the forum u poast at wants a government job?

there's like, a billion government jobs that arent in the state dept.

i don`t really give a fuck about what the state department is or what they do, my role would be insignificant.

listen up darts! defoliants stingeyy real bad T.T
so y`all got 15 mins from the time u git dis to get uphill liek fast!!!!

HehEh i gotta get bread.

I took the FSOE and aced it, but they wouldn't touch me with a 12 ft pole because I'm clearly an intense Maoist third worldist. I also had a surprise interview with the CIA but they also don't value my incredible contributions to Marxist science. If you live or work abroad long enough and have an IQ higher than 120, the USG will come sniffing around eventually because it is a totalitarian fascist nightmare, but this is more like their analytics are funky and not because they're actually interested


how does a surprise CIA interview go down. does someone sidle up to you in a trenchcoat & dark glasses and ask if you are proficient in the use of Microsoft Office

You can easily work abroad without joining the state department. I've been doing it for years

yea but how much money do you have in savings? i mean i assume u aren`t broke, cos u`re able to afford travel. i grew up in 100k a year or more household. i dont want to earn below 50k. i`m just not flexible in that regard.. idc. i want kids and i want to be able to buy them violins n sh`t or whatever they want

i understand it's pointless to wonder aloud if you are just continually portraying the most naive college white spoiled "marxist" in the world for fun or if you are actually that person but i can't help myself. or i guess third possibility you are pretty far up the dissociative spectrum due to your difficult family situation as a child so you just have an infinite capacity for cognitive dissonance and your complete self-contradiction doesn't bother you. either way i guess you're a really effective troll and that's really the point of posting in the end so good job, keep conecing

i understand it's pointless to wonder aloud if you are just continually portraying the most naive college white spoiled "marxist" in the world for fun or if you are actually that person but i can't help myself. or i guess third possibility you are pretty far up the dissociative spectrum due to your difficult family situation as a child so you just have an infinite capacity for cognitive dissonance and your complete self-contradiction doesn't bother you. either way i guess you're a really effective troll and that's really the point of posting in the end so good job, keep conecing

don't you work for an investment bank or something


i would feel pretty insulted not to end up dead in a ditch. fucking CIA. no idea

drwhat
mt.real
Post rating: +
yes, bnw, i did work at an investment bank but i stopped eventually. after seven years it should fall off of my cred report

my dad's a roofer. my mom is half-literate. 100k seems like a lot, but depending on how you spend it, it doesn`t mean you`re living large. i don`t want to be worse off than i was growing up. i want to be better off. not salary wise, but i want a healthier and happier adulthood. i want my kids to have a good life too. i don`t want them to start cutting themselves in elementary school n wonder when mommy is gonna an hero. i want to drive them to their ballet class, buy them instruments, i want to take them on vacations, i want to send them to college. i want to buy them a good car while they`re in high school, so they can drive it off to college or whatever. all that sh`t that happens in movies


i find that shitty bourgeois entertainment things feel really empty, like ballet and instrument classes and whatever and owning a car (anyway no one is going to be driving cars when rhizzone posters' kids are old enough to drive them). you can have a happy family without a six digit income. just have connections with other humans, you don't have to reproduce all the empty signifiers of wealth. at least that's what i have been thinking. i would like to live somewhere where people don't care about these things. all the people i grew up around in rural canada were pretty poorly off but they were very good friends and spent most of their free time just visiting each other. ballet wouldn't have improved anything 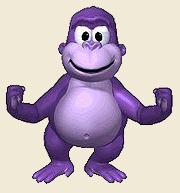 If you live or work abroad long enough and have an IQ higher than 120, the USG will come sniffing around eventually

My life is so boring I just want adventure. I'm muldering here.

lets all go to space camp

TG
Post rating: +
My job is a largely thankless Sisyphean struggle and drives me to drink but its also personally satisfying and intellectually stimulating so I think I'm gonna keep doing it for the foreseeable future. Sometimes I feel the tpaine misanthropy creeping in but its never really found d any purchase and leaves pretty quickly
[account deactivated]
getfiscal

getfiscal
Mike Nelson here.
Post rating: +
i went to normal camp once and started crying and they had to come pick me up. i used to have crying spells where i'd just start crying and not know the immediate cause and do that for hours until i exhausted myself. it was messed up. i haven't done that lately though. i think the cause though was that this world is so corrupt.
TG

a few years ago i had this net gimmick where i`d quote albert einstein or benjamin franklin over and over again.

cool. i told a joke in 2004 about ferris bueller being like fight club and last year they featured the meme in Orange is the New Black. didn't see any money from that......

stegosaurus
slc
Post rating: +
if you're learning russian then obviously your place is as a propagandist in the foreign ministry of the peoples republics of novorossiya.
TG

I went to like fake short space camp, I think it was just one maybe two days. Cape Canaveral is pretty bad ass though. I watched a shuttle launch there when I was a kid. Even Florida has some silver linings

was it... Columbia in '99? I was eating the alien shaped ice pop 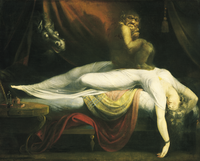 if you're learning russian then obviously your place is as a propagandist in the foreign ministry of the peoples republics of novorossiya.

this is the first time i've heard about this. i just looked them up and their legislatures are called "supreme soviets" and their official religion is orthodox christianity lol.

stegosaurus
slc
Post rating: +
anyway I'm gathering old ass documents like my hs transcript and my fucking diploma (?) so i can finally for real apply to this apprenticeship. of course I'm also coming out of my shell at fedex after three years of being the quiet one, which is frustrating but whatever. this sounds horrible but I dont feel that close to many people there. even with people I work with and make jokes with I don't really express myself. meanwhile, other people in the student group I go to apparently show up to their jobs in FRSO tshirts. different strokes.

my organizing is weird. I haven't emailed mim in a while. I'm working on this news website for local shit that me and this other guy are going to start and then invite other left groups to contribute to. the worst that could happen is that it dies in a couple months. the best is that we create the american il manifesto and embarrass bhaskar sunkara.
getfiscal

getfiscal
Mike Nelson here.
Post rating: +
my mom got me a mark twain quote-a-day calendar for christmas. now i'm sure he said some smart stuff but 365 quotes is a lot so 90%+ of them seem to be just random sayings. the other day it was "Denial is not just a river in Egypt."