kornfan
Post rating: ~
I don’t think pd187 respects the far right, just finds them fascinating. but we should take this to the pd187 thread;
cars

cars
UNUSUALY COOL
Post rating: +
pd187 is equivalent to Brooklyn-DSA-podcaster types in politics, but to be fair, he knows that's most of his audience. They love gawking at showy online schizo crap as much as the next yuppie, and they REALLY love Obama-era fake-iconoclastic tourism among the greasy creeps of the far right, and there's a lot more of them than there are "radicals" in the English-reading world. Again, though, fun to read.
cars

tThe propaganda used to support a domestic political story becomes the sort of absolute language meant to exploit the nigh-invincible ignorance about foreign politics presumed by the news press of its domestic reader. It’s moderate rebels, “pro-democracy” heroes, vs. villainous tyrants and zealous radicals that are truly alien in psychology, creatures that, reassuringly, could never truly be “American”. That isn’t new, but it’s the persistence of it into 2021 that’s of interest here, when it could very easily have been abandoned within hours of the new guy taking office, or even before then. Because, again, it doesn’t make a ton of sense on its face anymore.

I wonder how stable this sort of domestic propaganda structure will be when competing with the familiarity of the supposed threat, if it can really last against the return of the previous bourgeois-partisan play-by-play

cars
UNUSUALY COOL
Post rating: ~
"democracy" may or may not "save itself" depending on whether it's "strong enough"; its institutions "barely survived" what was "only the first battle"—but supposed new attacks on those institutions are just "ridiculous fantasies"... Hot Dog We Have A Wiener.
Acdtrux

😡🤬 In China, Qingdao customs found that a parcel with 7,000 fruit flies in these tubes wrapped in clothing - looks like someone deliberately sent these to ruin China's farming sector? pic.twitter.com/KoTkpGERqP

solidar
Post rating: ~
What do you all make of the recent slew of ransomware attacks? Unaffiliated hackers looking to make an easy buck off outdated infrastructure? State sponsored attacks to weaken US economic or political positions? Some kind of inside job/false flag (I remember with the pipeline that they quietly reported that the attack never actually got into the pipeline controls, they just shut them down preemptively) to justify further surveillance or stoke nationalism?

Reading the above post made me think of how - other than the few occasions where the outline of the story is “brave cia/mossad hackers stop Iran from developing nukes” - there is essentially no coverage of comparable events happening outside the US in US media.
cars

kinch
Post rating: +
it has to be organized crime but I have no idea how these networks function
liceo


have you seen this?


do a search for bernd bergmair 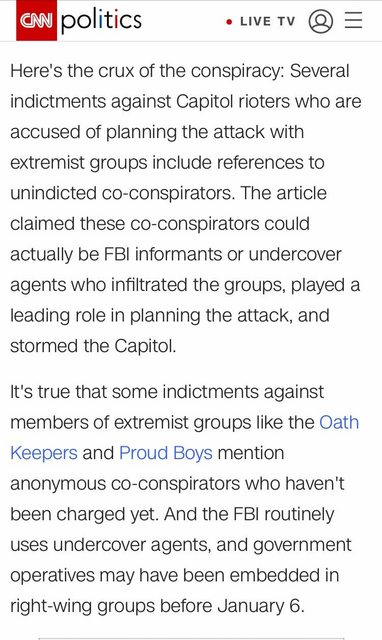 cars
UNUSUALY COOL
Post rating: ~
hey......... did you know that knowing and saying how cops and spooks aid far-right violence behind the scenes..... makes you a Republican?? It's true. Bathed in the blood of Tucker Carlson, whose shotgun adoption of a topic always ends up helping some wing or other of the establishment bourgeoisie that produced him For Some Reason.
cars

cars
UNUSUALY COOL
Post rating: ~
You gotta be real fucking scared!!! you gotta be frightened to say that cops are KKK. Because they'll think you're a dang Republican Bobby!!! and also they'll think you're a Russian agent, if you say that the FBI helps aid and abet white supremacist violence... haha wait, that part is like, Wow, whoa, that reminds me of something,
cars

cars
UNUSUALY COOL
Post rating: ~
Hahaha, ha, they still haven't caught the mysterious RNC/DNC pipe bomb person who provided the completely believable excuse for the most well-funded cop shop in the world, FBI, not literally walking 20 minutes down the street to the Capitol building on January 6th, the day where FBI also claims they had advance knowledge that exact date would be a hotbed of right-wing violence.

Which is why the FBI says that, before the 6th, they warned off the leader of the biggest brownshirt movement in the U.S. from going to Washington on that specific day. You know, the guy who, for years before that, was one of the FBI's biggest informants on multiple criminal operations. But uh don't worry he was at a hotel somewhere "100 miles away". Or haha like, maybe he's one of the unnamed co-conspirators in the case against his brownshirts. One of them was at a hotel on the 6th, like FBI Informant Brownshirt President says he was. Also the court documents say that particular unnamed co-conspirator is the one who actually organized the "armed group" that got arrested and charged. Who knows! Complicated stuff haha!!

The Capitol Police, bless their hearts, say that the Pipe Bomb Mystery Bigfoot must have had extremely detailed knowledge of Washington D.C. and where all the cameras were on the streets with RNC and DNC national headquarters, which is why it's so hard to track down the Loch Ness monster I mean suspect. wow. whoa,
cars

cars
UNUSUALY COOL
Post rating: +
When the FBI won't even do the bare minimum to hide this shit, make false arrests, etc., it really takes the fun out this thread. Taking food out of the mouths of future conspiracy-theory authors' kids. Books all triple spaced in inch-tall font
shriekingviolet

Taking food out of the mouths of future conspiracy-theory authors' kids. Books all triple spaced in inch-tall font

cars
UNUSUALY COOL
Post rating: +
the argument in every mainstream news source today is literally that it's illegal for the federal government to identify agents and informants as unnamed, anonymous unindicted co-conspirators, so it didn't happen. Something is against the law, therefore the United $naKKKe$ government could not have done it. lmao through a reverb effect.
pogfan1996

pogfan1996
Post rating: ~
What was the goal of the FBI in organizing the Jan 6 Capitol party
cars

cars
UNUSUALY COOL
Post rating: +
They didn’t organize it or kick it off. They helped it along here and there for one of the most common reasons those agencies do things within Washington, as a form of gangland intimidation to mark out their turf and remind people that their implicit power to threaten other agents of bourgeoise factions is violently real; and also for a common reason they do a lot of things within the United States at large, to farm and maintain the far right as irregulars they can corral as violent enforcers and intimidators, like pretty much every Western national pig agency does. They also used those inroads to arrest and punish the rioters if not outright entrap some of them, for exactly the same reasons. It’s not like these people are the FBI’s darling bouncing babies, they probably think of them as dupes, clowns and crazies whose lives and futures mean next to nothing. They’re just useful. This is like... much of the history of the world after World War II and even stretching back before that in some places.
cars

cars
UNUSUALY COOL
Post rating: +
for me it’s like ISIS. Maybe the U.S. government and CIA really did plan and create them entirely top down. But it only takes the most conservative interpretation of the concrete facts in the context of history to say the U.S. is responsible for them. In the case of ISIS it’s that ISIS fought to overthrow the Syrian government with United $naKKKe$ arms, however they got them. In the case of January 6th, it’s that there is literally no possible explanation for why the most heavily surveilled and policed city in the U.S., whose streets and byways have been practically owned by the FBI since late 2001, as proven utterly by the instant military/paramilitary response against anti-cop protests [the previous] year, could have turned into an unarmed group of troglodytes literally breaking into a building a 20-minute walk from FBI headquarters and occupying it for hours. And now the FBI is saying openly they KNEW IT WAS GOING TO BE A RIOT, bragging about how they did catch and release on the Brownshirt leader, who now turns out to be one of their top informants?!?!?! How else is that supposed to be taken? I put forward the equally conservative proposition that none of us have to pretend to be complete idiots as our respective first steps to understanding an event in the world.

cars
UNUSUALY COOL
Post rating: +
I mean people can believe what they want, but we all know in 10 years, if the U.S. isn’t nuked to ash and Inshallah it will be, the 'conversation' will be “Yeah but Trump was bad so 'we' 'had to' let the FBI and the CIA become open, public participants in domestic bourgeois party democracy, on top of their existing semi-quasi-hidden role in that and their already public role in it nearly everywhere else that form of government exists in the world.” These will be giant best-selling books published by people whose names we already recognize. It’ll happen. Slate dot com literally already published their “The deep state is real and also my waifu” article.
solidar

solidar
Post rating: +
every time one of their sponsored events is allowed to fully ripen it means that they need more powers, more budget, maybe even a brand new three letter co-conspirator org
shriekingviolet

Flying_horse_in_saudi_arabia
Post rating: +
it's called "failing up", jerry!! it's the american way!!!
cars

every time one of their sponsored events is allowed to fully ripen it means that they need more powers, more budget, maybe even a brand new three letter co-conspirator org 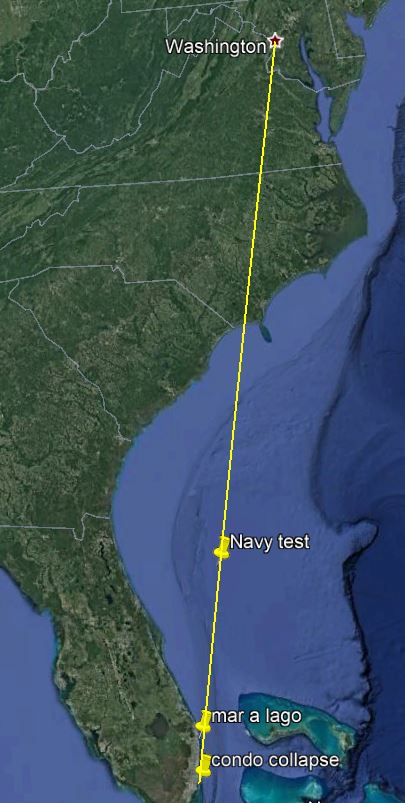 joe biden tried to use the earthquake gun to assassinate donald trump, but missed
shriekingviolet

shriekingviolet
Post rating: +
spontaneously remembered when posting about Langley that the actual building is officially called the George Bush Center for Intelligence

cars
UNUSUALY COOL
Post rating: +
joe biden is probably not responsible for anything done in washington at this point besides his poops
pogfan1996

imo... If there's one part of the pig-enabled Capitol riot that was an operation performed directly by a U.S. federal agent or directly-employed "intelligence community" asset, the pipe bombs were it.

kornfan
Post rating: ~
man the CIA really did do the Tate-LaBianca murders in an attempt to widen California’s racial divide, didn’t they.