why are there so many terrorists in belgium. i mean nato is headquartered there,
Flying_horse_in_saudi_arabia

gyrofry
Kurdt
Post rating: +
how could he have any pudding
blinkandwheeze

Conjuring Hitler: How Britain and America Made the Third Reich, Guido Preparata, 2005

apparently this asserts that the bolsheviks worked as british agents & the soviet union wanted the nazis in power? can this be confirmed or denied thank you.

Conjuring Hitler: How Britain and America Made the Third Reich, Guido Preparata, 2005

apparently this asserts that the bolsheviks worked as british agents & the soviet union wanted the nazis in power? can this be confirmed or denied thank you.


deny. theres def some stuff about brit/yank support for the bolsheviks, generally indirect and as a 'plan b' when it became clear the Whites couldnt keep it together. theres also some stuff about soviet dealings with the nazis but its not a focus and no such vulgar claim is made

jools
Post rating: ~
GP's stuff about NATO-Soviet cooperation behind the scenes or w/e is as a postwar phenomenon. eg his material on aldo moro, which is useful but bizarre
EmanuelaBrolandi

EmanuelaBrolandi
Post rating: ~
iirc that he points out is that at one point british pre-war special intelligence was sending some sort of monetary support or whatever to the bolsheviks as a means to destabilize czarist russia, not because he's implying communist revolution in russia was a secret asset of theirs or whatever
blinkandwheeze

blinkandwheeze
Post rating: ~
yeah i was going off this review which i obviously can't vouch for the validity of but it raised some flags. i assume it's just a blatant misreading?
c_man

c_man
Post rating: ~
in a similar vein, how do people generally contextualize germany aiding lenin in getting into russia?
Flying_horse_in_saudi_arabia

yeah i was going off this review which i obviously can't vouch for the validity of but it raised some flags. i assume it's just a blatant misreading?


yeah it's pretty off. there are definitely some points that were minor enough in terms of his greater argument that he wouldve been better off leaving them out, because his research wasnt up to scratch (i.e. katyn). he also does tend towards seeing everything in terms of anglo-american string pulling, giving them too much credit imo, but once again this is more to do with minor details. but this, lol:

the idea that Hitler was a complete puppet of the West/East or that the Soviet Union was a satellite of Britain is removed from any reality.


of course it is, and the book doesnt say anything like that.

i have a copy of GP's original thesis somewhere, it's called something like 'Hitler's Money', im looking forward to reading it because it is more purely an economic history, and that's definitely where Conjuring Hitler is strongest 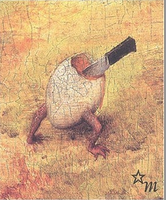 palafox
Post rating: ~
i found this, which is cool http://arpejournal.com/ARPEvolume1number1/Preparata.pdf
but if you have a full-length thing i'd love to get my mitts on it. i mean it.
Ronnski 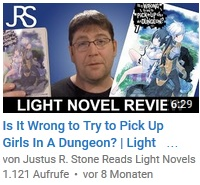 yeah i was going off this review which i obviously can't vouch for the validity of but it raised some flags. i assume it's just a blatant misreading?

i found this, which is cool http://arpejournal.com/ARPEvolume1number1/Preparata.pdf
but if you have a full-length thing i'd love to get my mitts on it. i mean it.


Ah Im getting my wires crossed. The thesis is called 'Money for the Third Reich' and I only have a 'preview' which is the first 20 or so pages :/

If anyone knows someone at USC you should be able to get a full pdf free through their library. Otherwise Im gonna order a copy through mine.

e: it's actually up for free at the USC library now http://digitallibrary.usc.edu/cdm/ref/collection/p15799coll17/id/393671
Id put it on pdf.yt but uploads are disabled rn

"NBC News has learned that long before the war the Bush administration had several chances to wipe out his terrorist operation and perhaps kill Zarqawi himself — but never pulled the trigger."
HenryKrinkle

getfiscal
Mike Nelson here.
Post rating: +
today a friend of mine bought a late soviet work about the world anti-communist league. and i said oh i know a guy who loves that stuff, i can probably get you a bunch of ebooks and shit about that topic. and he said.... naw.... not really that interested in it.
Flying_horse_in_saudi_arabia

today a friend of mine bought a late soviet work about the world anti-communist league. and i said oh i know a guy who loves that stuff, i can probably get you a bunch of ebooks and shit about that topic. and he said.... naw.... not really that interested in it.


there's no accounting for taste!

Themselves
Post rating: +
i know this is a brash way to ask this but what do we think about people like webster griffin tarpley, or other figures that claim to study the intelligence agencies (like the late michael ruppert) but spend lots of their efforts on things like JFK assassination or "9-11" truth, instead of more tangible things like America's war on Maoists or the other, less well known topics brought up in the OP?

sometimes reading those guys really does feel like an exercise in the possibilities of endless paranoia, but is it common for M-L's to actually find such commonly known conspiracy stories (like 9-11 truth or the JFK story) compelling, or is it some kind of libertarian litmus test, a way to stimulate simple fear of "statism" from the "truth" of these events, as it appears to me?

i know webster griffin tarpley actually rails on about howard zinn and noam chomsky as having been major in the career of daniel ellsberg, and talks about them being gatekeepers against "conspiracy" thinking in the same critical way that M-Ls talk about zinn and chomsky being the gatekeepers of liberalism, and the liberal conception of american history (as opposed to a more radical, settlers-type history)

so is there a link between these critiques? i always figured the 9-11 truth crowd was full of libertarians or creepy professors at my community college. are these just kooky dudes like alex jones that might be right 10% of the time, but are so confused and wrong the rest of the time that they might as well be a psyop in terms of building real understanding? is it improper to lump somebody like Michel Chossudovsky in with this crowd? (im not familiar enough with his work)

im asking because some of you have a better grasp of this area and of the writers on these topics than i do, and im too scared to read a giant book on how dick cheney is going to wiretap my phone and then send me to a blacksite inside a supply crate in the san diego airport but its technically yugoslavian territory for some reason

Flying_horse_in_saudi_arabia
Post rating: +++++
As a conspiracy connoisseur of sorts I don't have much time for Tarpley. Something is off about him and off the top of my head I can't think of him talking about something that both rang true and was also news to me. So i put him in the white noise category. Ruppert at least originally helped elucidate some of the nitty gritty of the US government drug running programs of the 80s/90s. Of course he went crazy pretty quickly with 9/11 and survivalist shit, but without reading him obsessively I have to say he always seemed pretty genuine to me. Chossudovsky I have a lot of time for but he kinda seems to me like he started off as more of a regular academic leftist and gradually lumped himself in with more of a conspiracist crowd. So, grain of salt there.

Critical reading habits are the important thing. I mean, I'm just as likely to read Sibel Edmonds' autobiog as I am a legit marxist text about the cold war in SE asia. But each book demands to be approached differently - the first is mostly entertainment and might contain some interesting bits that inspire me to read more about, say, aspects of Turkey's role in NATO, but the latter I expect to be reasonably well researched and argued, and I'll more actively look for problems, because that's how I feel I can work out how seriously I want to take on board what it's saying. A lot of the stuff I've posted in this thread sits somewhere in between - more journalistic stuff, often from a Marxist perspective, but not academically rigorous, just presenting information that is more reliable than rumour in support of a political position, all of which deserves to be appraised critically.

But to address the point about those who obsess over 9/11 and/or JFK stuff, I say this: Fuck to america. Not being american helps a LOT with perspective on this. I mean, I'm naturally going to be more interested in stuff about Australia, and other countries' relationships with us, because Im from here. But Americans blow their shit completely out of proportion. So JFk got killed. You will never know 100% who pulled the trigger and why, and its very unlikely at this stage that any really new information is gonna come out, so fuck it. Move on. He was a cunt anyway. As for 9/11, well, everyone knows the story doesnt quite add up, but again, its not the worst thing that ever fucking happened, and you're never going to know everything about it, so like, get over it. There are a lot more important things even in the history of your own country than that stuff.

Personally i tend to avoid stuff thats about either of thiose topics. unless they're touched on in some bigger context that I find interesting. Which happens because, and here's the real point of crossover between marxists and conspiracists: we are concerned with power. We want to try to understand power structures better, to know the enemy. So i happily wade into the murky waters of conspiracy websites and books sometimes in search of tiny nuggets of truth or at least interest. and if i dont find any at least the crazy is entertaining.
gyrofry

gyrofry
Kurdt
Post rating: +++++
there is an assortment/continuum of deep state disinfo purveyors like tarpley, larouche, art bell, alex jones, jeffery, etc whose function is to discredit mainstream acceptance of research/scrutiny into the reality of the deep state by using a limited hangout type approach - intermingling elements of semi-real deep state analysis with nonsense and easily discredited stuff. eventually their very names become shibboleths for "discredited/unreliable" and (by design) they taint any topic they associate themselves with
Flying_horse_in_saudi_arabia

Flying_horse_in_saudi_arabia
Post rating: ~
Theres definitely a lot of directed/sponsored disinfo stuff going on too. I didnt raise that only because i feel like the point about reading stuff critically is more important. Like, doesnt your gut tell you something's wrong with those people. Trust your gut.

Superabound
Not Your S.H.I.E.L.D.
Post rating: +
The trick is to arrive at the Truth by Pure Reason alone, not by reading a bunch of gay ass books written by compromized autistic morons
Flying_horse_in_saudi_arabia c_man
Post rating: ~
i think that there's much less of a chance to find anything useful out about events that are already publicly the target of intense scrutiny since so much of the discourse about it will already be so overloaded with associations to the directions the people involved were trying to guide the discussion too that it ends up being mostly an exercise in tracing and defining different interest groups than anything else. Not That There's Anything Wrong With That

gyrofry
Kurdt
Post rating: ~
Not the most contemporary, but Barbara Honegger was a really obvious one back in the Iran-contra / October surprise era
Superabound

swampman
Dont Mess With Sucess
Post rating: ~
Thought to learn more about the long term influence of nazis in latin american countries (argentina obv) and however they were active in assisting all the fascist coups the whole time and their descendents activities today, and thought about this thread. just my opinion.
swampman