Any thoughts on Pew Research Center's reliability? Their surveying methods, their ideology etc.


they're called pew because they stink! 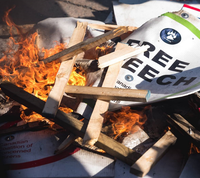 Any thoughts on Pew Research Center's reliability? Their surveying methods, their ideology etc.


With polling, there are two issues to look at: the technical aspects of how they survey and the questions they ask. On the technical side, they way pollsters solicit respondents (robocall, human call, online, face to face, etc.) can influence how people answer and what demographics they actually reach. There are a variety of ways to try to correct for these selection issues by reweighting the sample, and those options give pollsters more flexibility to manipulate the outcome. You can see the results of this sort of manipulation in election polling--in the US, republican and democratic pollsters will often be biased by 1-3% towards their preferred candidates.

However, these technical issues often aren't too important if you're looking at non-electoral issues--parties have an incentive to re-position themselves when they become uncompetitive, so elections are typically very close, and a 2% bias makes a huge difference in terms of predicting the winner or winning coalition--a candidate getting 51% of the vote vs 49% is huge. However, if you're asking how many people are in unions in the US, finding 9% instead of 11% probably isn't going to change your assessment of the situation.

Much more important is how questions are phrased, and this is what you should be looking at when evaluating the credibility of surveys. Here's a simple, well known example: 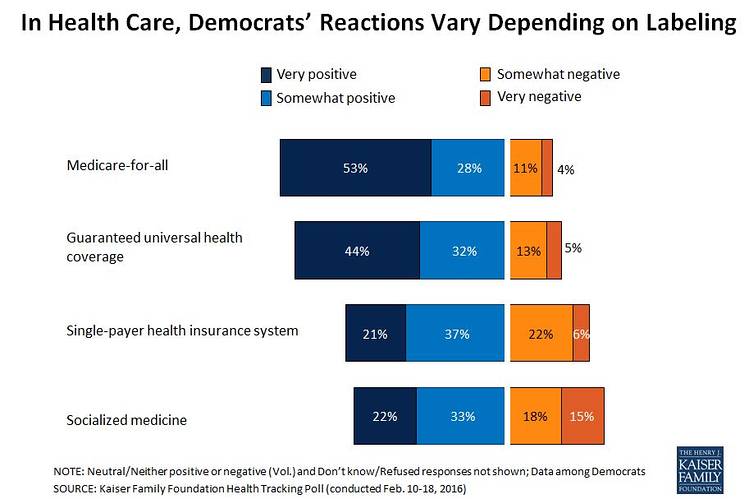 Each question is asking the same thing, but the results are dramatically different--the differences are far greater than what plausible methodological choices could generate. You should always look at the actual wording of survey questions (not the gloss in a headline) and think about what other ways the question could have been phrased, and why the surveyor chose the wording they did. That's the easiest way to suss out the slant of the survey, and you don't need to be a statistician to do it.

tears
Post rating: ~
that it, this bullshit has gone on long enough, im launching tearsCoin
toyot

toyot
Post rating: ~
i'm lauching CoinCoin where we turn off our Computers and join our mining brothers below the earth in struggle
Aspie_Muslim_Economist_

Aspie_Muslim_Economist_
Post rating: +
So some crypto con artist realized the market is saturated wrt the ideological hustle they run on libertarians and thinks they can transpose it onto dsa members without any modification? lol
cars

So some crypto con artist realized the market is saturated wrt the ideological hustle they run on libertarians and thinks they can transpose it onto dsa members without any modification? lol


frankly its a great scam and i support their dishonesty

shriekingviolet
Post rating: +
The study of economics itself is valid, just the field is overflowing with frauds and garbage ideas and if you have the courage to be an actual principled leftist economist you're not gonna have much of a career in economics proper. Not that much worse than any other part of academe, really


we got a regular sisyphus over here

slipdisco
Deus Ex Machinist
Post rating: +
i didn't realize that bitcoins were being sold as the latest investment opportunity to civilians by the financial sector, confident after a (relatively) good year, till my friends started enquiring. one said he wanted to 'invest' - he wanted to put in some money and take it out after a quarter. i said that's just speculation and getting into bitcoins now would be foolish. he said he is considering ripple which is more secure because it is floated by american banks. i said a cryptocurrency being pushed by american banks is the shadiest financial instrument i've heard of, the worst people to be trusted with money or tech.

on a more political level, Maduro floating an oil-backed cryptocurrency petro seems to be another attempt at chavez' plan for a south american economic association outside american hegemony.
on the other side of the globe, china is 'clamping down' on bitcoin mining. chinese 'miners' "produce some three-quarters of the world’s supply of bitcoin" while "absorbing surplus hydropower production in China’s Sichuan province and provides employment to workers in Inner Mongolia."

According to a leaked January 2 memo from the ‘Leading Group of Internet Financial Risks Remediation’ — the country’s internet finance regulator which initiated the clampdown on bitcoin — bitcoin miners should make an “orderly exit” from China because they have consumed “huge amounts of resources and stoked speculation of ‘virtual currencies.”


this exodus of bit-tribes seem to be heading towards canada. a reuters report says the 'miners' find manitoba "attractive", quite an unexpected adjective.
all this was mildly amusing but then the circus came to town. i go to pop music to avoid geopolitics but someone found a way to make bitcoin funnier.

shapes
Post rating: +
i am extremely sympathetic to Maduro trying to find solutions to currency manipulation, but all that a petrol-backed crypto currency will do is make it 1000x easier for the CIA to steal the whole thing, all because one of the administrators on http://chavez-coins.ve used "b0livar1234" as their password
cars

hey
Post rating: +
Like many other financial instruments, cryptocurrencies provides absolutely nothing of value in this world. But finance makes the attempt to hide all the bullshit under layers of convoluted terminology. cryptocurrencies doesn't even bother with that. It's just straight up gambling. Sure you can buy drugs online and an hour of board game time at some nerd cafe with bitcoin, but for all the new up and coming crytocurrencies, they don't do anything. Nothing. Pure speculation. We've finally gotten to the point where people, fully aware, are willing to invest in nothing but speculation. It's fucking bizarre. At least at the casino you don't have to worry about hackers running off with your money.
tears

Like many other financial instruments, cryptocurrencies provides absolutely nothing of value in this world. But finance makes the attempt to hide all the bullshit under layers of convoluted terminology. cryptocurrencies doesn't even bother with that. It's just straight up gambling. Sure you can buy drugs online and an hour of board game time at some nerd cafe with bitcoin, but for all the new up and coming crytocurrencies, they don't do anything. Nothing. Pure speculation. We've finally gotten to the point where people, fully aware, are willing to invest in nothing but speculation. It's fucking bizarre. At least at the casino you don't have to worry about hackers running off with your money.

uh, excusse me but i think you'll find that actually, a new block of transactions is created every ten minutes or so, with 12.5 bitcoins — BTC — reward — plus any fees on the transactions — attached. Bitcoin miners apply as much brute-force computing power as they can to take the prize in this block’s cryptographic lottery. Unprocessed transactions are broadcast across the Bitcoin network. A miner collects together a block of transactions and the hash of the last known block. They add a random ‘nonce’ value, then calculate the hash of the resulting block. If that number is lower than the current mining difficulty, they have mined a block! This successful block is then broadcast to the network, who can quickly check the block is valid. They get 12.5 BTC plus the transaction fees. If they failed, they pick another nonce value and try again. Since it’s extremely hard to pick what data will have a particular hash, guessing what value will give a valid block takes many calculations — as of October 2016 the Bitcoin network was running 1,900,000,000,000,000,000 — 1.9×1018, or 1.9 quintillion — hashes per second, or 1.14 x 1021 — 1.14 sextillion — per ten minutes. The difficulty is adjusted every two weeks — 2016 blocks — to keep the rate of solved blocks around one every ten minutes. The 1.14 sextillion surplus calculations are then thrown away, actually

tears
Post rating: ~
plot of terminator but its the bitcoin mines that become self aware
[account deactivated]
Flying_horse_in_saudi_arabia

littlegreenpills
Poronto
Post rating: ~
seems like you could have cashed out by now if you'd invested in 2014 tho
TG

TG
Post rating: +
i sometimes kick myself for not having bought like twenty bitcoin when they were a dollar but i either would have sold them when they hit $20 or lost them in the mtgox heist and then id just have felt worse when they reached $15k
tears

tears
Post rating: +
why didnt i invest a million poods in microsoft stock in 1969 damn what a moron i am
[account deactivated]
Belphegor

rolaids
Post rating: ~
Check this’s shit out: Podcoin, the Tide PodS themed crypto currency also you can use it to pay for podcast subscriptions or whatever
[account deactivated]
toyot

toyot
Post rating: +
if anybody feels sad about not buying 10 BTC in 2012 b/c... there is no underlying value, some sucker would have taken the other end of the trade and lost what ya won