Aspie_Muslim_Economist_
Post rating: +
I think deep discussion of exactly how bitcoin works, whether it is in fact money, what kind money it is, etc. risks mystifying a fairly straightforward phenomenon. Bitcoin is a medium of exchange that had clear advantages over existing alternatives: anonymity and decentralization are extremely valuable for the large volume of economic activity that must be concealed from police, regulators, etc. However dumb its original boosters were, it had a clear niche that made it an attractive substitute for traditional forms of currency, and it was natural that those transactions moved to bitcoin, raising its value.

It can't be equated to beanie babies or tulip mania--at least not entirely. Those were pure bubbles--the only justification for buying into them was a shared expectation of arbitrarily increasing value. In fact, they had strictly worse intrinsic properties as stores of value and media of exchange than other options, such that any whiff of pessimism would instantly send people back to more practical instruments.

That's not to say that bitcoin buyers haven't been stupid: the early adopters bought into bitcoin for laughable ideological reasons and got rich by dumb luck. The current wave of normie late adopters are mindlessly jumping onto the bandwagon and will probably get screwed. As better cryptocurrencies come on the scene people may drop bitcoin, and criminalization could undermine its usefulness. But I don't think you can explain bitcoin's success over the last 8 years without acknowledging that it was buoyed by practical value, not just speculation.
[account deactivated]
Aspie_Muslim_Economist_

Aspie_Muslim_Economist_
Post rating: ~
Yeah, I didn't phrase that well. I just meant that there's a lot that you can understand about bitcoin without having to resolve some of the thornier questions about how precisely it relates to money, what a bitcoin really is, etc.
kinch

except people have to pay taxes in money, introducing a bedrock demand backed up by force.

except people have to pay taxes in money, introducing a bedrock demand backed up by force.


living in the future! feeling wonderful!


Absolutely, that's a major advantage that government backed currencies have. My point was that bitcoin also has had different advantages over other media of exchange (for some transactions) and those advantages generated non-speculative demand and have kept it afloat for far longer--and through more crashes--than would have been possible on pure speculation (a la beanie babies).

shriekingviolet
Post rating: +++++
The criminalization of bitcoin has begun:

karphead
Post rating: +
hell, at least he was selling something tangible
Flying_horse_in_saudi_arabia

The Securities and Exchange Commission suspended trading Tuesday of The Crypto Company until January 3, citing "concerns regarding the accuracy and adequacy of information" about compensation paid to promote the firm and plans for insider sales.

The Crytpo Company describes itself as a business that "offers a portfolio of digital assets, technologies, and consulting services to the blockchain and cryptocurrency markets" with plans for a "rollout of a full scale, high frequency cryptocurrency trading floor."

Shares of The Crypto Company (CRCW) have surged nearly 160% in the past five days, more than 1,800% in the past month and 17,000% in the past three months, as investors and traders have bid up the price of bitcoin (XBT) higher and higher.

That stunning rise has lifted the company's market value to more than $11 billion.

The criminalization of bitcoin has begun:


Actually we have established in this thread that bitcoin is at least nominally real.

littlegreenpills
Poronto
Post rating: +
a company that makes syrup for soda fountains just announced it's gonna quit syrup and start making "blockchains" instead and they're all abt researching blockchains now

Farmingdale, NY (December 21, 2017) — Long Island Iced Tea Corp. (NasdaqCM: LTEA) (the “Company”), today announced that the parent company is shifting its primary corporate focus towards the exploration of and investment in opportunities that leverage the benefits of blockchain technology. In connection with the shift in strategic direction, the Company has approved changing its name from “Long Island Iced Tea Corp.” to “Long Blockchain Corp.” and has reserved the web domain www.longblockchain.com. The Company intends to request Nasdaq to change its trading symbol in connection with the name change. The Company will continue to operate Long Island Brand Beverages, LLC as a wholly-owned subsidiary and maintain the focus of this business on the ready-to-drink segment of the beverage industry, specifically, premium, ‘better-for-you’ brands marketed at an affordable price.

i'm sure this is just a mild hiccup,

tears
Post rating: +
this is the perfect time for rhizzcoin to debut
littlegreenpills

littlegreenpills
Poronto
Post rating: +++++
every time you check a reference in settlers you get a coin
tears

tears
Post rating: +
You take the blue pill and the story ends. You wake in your bed and and your bitcoin wallet is restored. You take the red pill and you stay in wonderland and I show you how deep the blockchain goes
tears

tears
Post rating: +
I don't want to remember nothing. Nothing. You understand? And I want to be rich. You know, someone important, like an early bitcoin investor.
tears 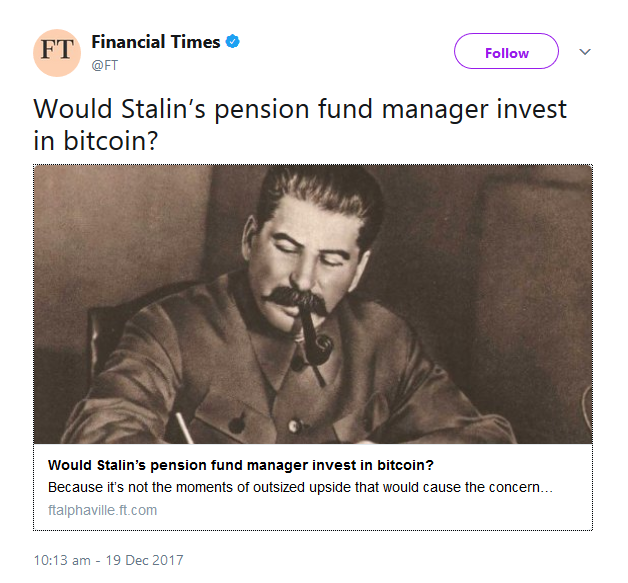 aerdil
Post rating: +
bitcoin crashed only to come back stronger than ever, fiat cucks can't stop the rise of the future, i'm taking out loans and .sinking in every cent i have like this guy 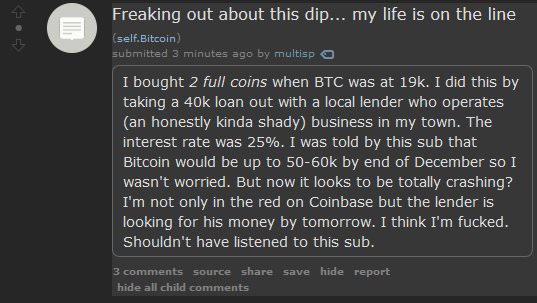 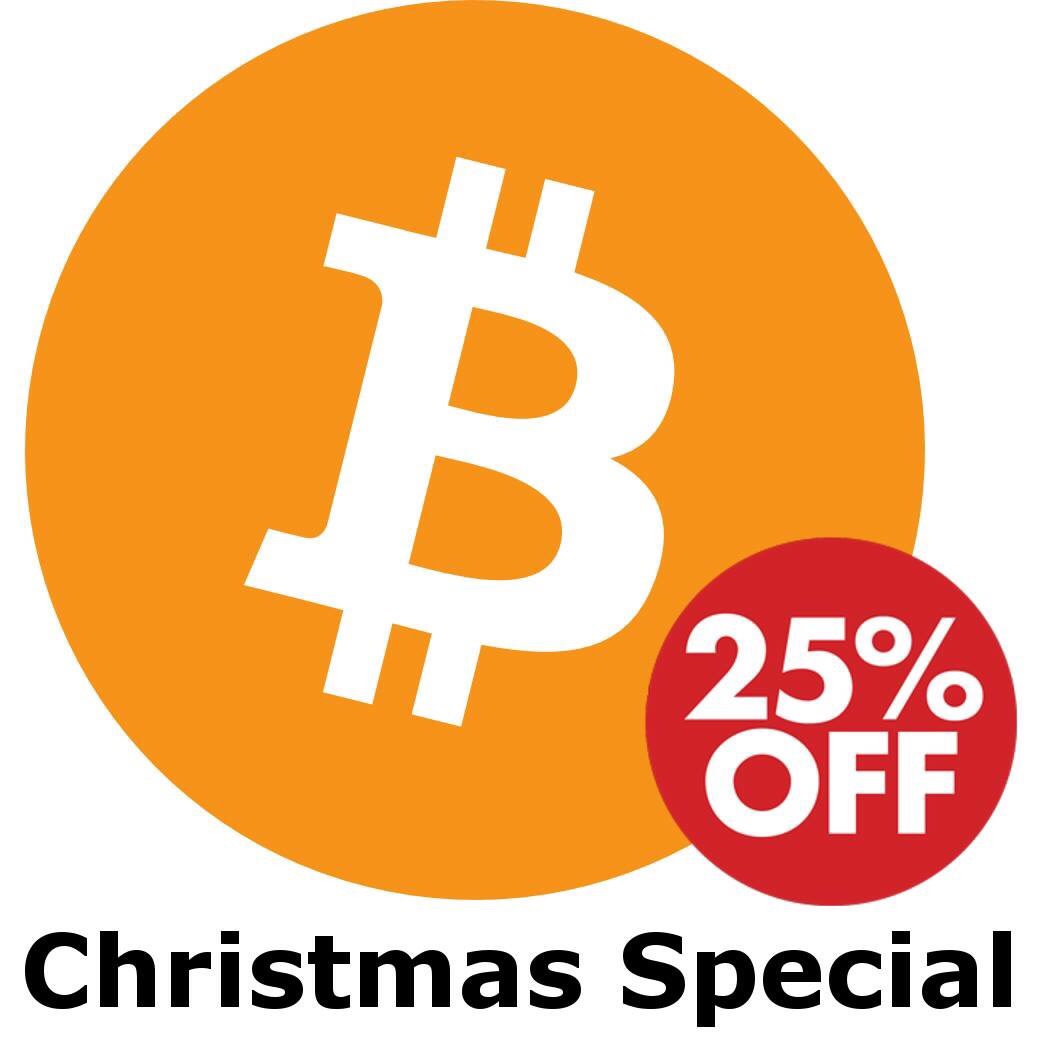 There are a bunch of posts about it here if you search. The reduction in poverty is down to three things: the massive movement of agricultural labor to the cities (by capitalist standards this is an increase in income but it is probably a loss in terms of actual quality of life) well covered by John Smith, the massive rise in incomes in China half of which is the result of socialist wealth not being counted by capitalist stats and half being a genuine increase in incomes from extreme poverty (which half you think matters is up to you but neither has anything to do with capitalism and particularly not neoliberalism), and a bunch of other problems with the stats which Smith goes into that purposefully disguise where value comes from.

Capitalism can do one thing: engulf the world into a world market. The world is being proletarianized and by capitalist standards that is an increase in wealth from zero. That's all that stat says, anyone who gives it political significance is a snake oil salesman. Though the abandonment of Africa as a reserve army of labor and semi-feudal producer of primary commodities shows even by its own standards imperialist capitalism is reactionary and has to be dragged into doing its job by socialist revolutions. Also why would you talk to a self described neoliberal? That person is a sociopath.

Aspie_Muslim_Economist_
Post rating: +++++
As Huey mentioned a lot of this is China, which has a fifth of the world population and has made incredible gains against poverty.

I think an important thing to remember is that you can't think about exploitation in a vacuum. There are many other long-term trends in the world economy, and overall trends in inequality, etc. are going to depend on the aggregate of all these forces. For example, while capitalists in rich countries unequivocally exploit the global poor, there have been concurrent countervailing trends. Rich countries have exhausted all the low hanging fruit of growth, converging to near-zero growth, while poor countries are still playing catch-up and can often grow at 5-10% a year. While most of those gains go to growing the local bourgeoisie (the last few decades have seen enormous growth in a international bourgeoisie of more and more homogenized character across countries), there are spillover benefits for the poor as well.

Exploitation doesn't soak up all of these gains because trade typically does benefit both sides--with important exceptions (Iraq, etc.), international trade isn't usually conducted at gunpoint, so to induce trade both sides must gain something. Gains from trade are often intensely lopsided--95% of the surplus from trade may accrue to Multinationals and rich consumers while 5% goes to poor workers, and we can clearly characterize those terms of trade as exploitative, but even workers in poor countries may benefit somewhat. Of course, the individuals accepting trade on behalf of the poor country in question may not represent the interests of its people as a whole, and often the local bourgeoisie is paid off to allow extraction of resources without benefit to the lower classes, but even in these cases the cut demanded by local officials and businesspeople puts limits on the proportion of surplus that can be extracted.

In any case, I think it can be difficult to argue that the median person has been made poorer over the last 10, 50, or 100 years, but you shouldn't feel like you need to make that argument. If someone tells you that starvation level caloric intake is good for children and justifies it with data showing that the children grew taller under that regimen, you don't need to disprove their data. As children, there were powerful factors inducing them to grow in spite of their diet, and if they had better nutrition they would have grown even more. The fact that they grew a little is in no way a justification for that diet. By the same token, even if gains by poor countries slightly lower the world Gini (while national Gini's uniformly rise), that level of inequality is still an atrocity.

This actually dovetails nicely into the question you initially alluded to, "do neoliberals hate the global poor?". The answer is that they don't. Imputing hatred of the poor onto neoliberals is akin to claiming meat eaters hate cows. People who eat meat harbor no hatred towards cows--most even have a bit of sympathy for them. They just don't care enough to even modestly inconvenience themselves on their account. Those who espouse neoliberalism benefit immensely from that economic system, and they assuage what little guilt they feel with the knowledge that the global poor have seen some improvement in living standards under the system. They convince themselves that, while poverty is sad, the few scraps they throw the poor are better than nothing, and that those options--exploitation and autarky--are the only possibilities. The neoliberal mindset is quintessentially one of a practiced lack of imagination.