liceo
Post rating: ~
anybody that has a moustachio like bolton should be hanged anyway, so it doesn't actually matter whose moustachio it is
招瑤

RedMaistre
Post rating: +
“Backed into a corner and influence waning, the United States has in recent weeks been promoting a plan to create an autonomous Sunni region in western Iraq, officials from both countries told Middle East Eye.”

pogfan1996
Post rating: +
The anti war protest was about 20% of the size of the one earlier this month, no nazis but there was a World Socialist Website Party sighting. It’s like seeing a rare animal in the wild

招瑤
lies half the time
Post rating: ~
i seen traces of them (printouts of articles from their website stapled to telephone poles) but haven't managed a sighting of the elusive wswser responsible
shriekingviolet

shriekingviolet
Post rating: +
the fasc got scared and ran off (as usual lol,) and apparently tagged in the trots on the way out because boy were they disruptive. its amazing the kind of brain damage that makes you feel righteous attacking an antiwar demonstration. i hope their handlers are being paid well, quality work should be rewarded.
serafiym

pogfan1996
Post rating: +
the news isnt as fun when you can guess everything thats gonna happen
trakfactri 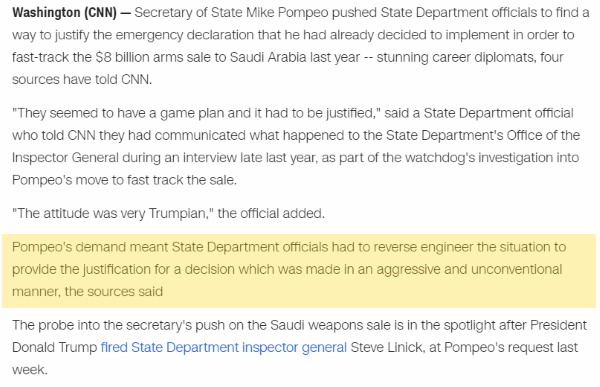 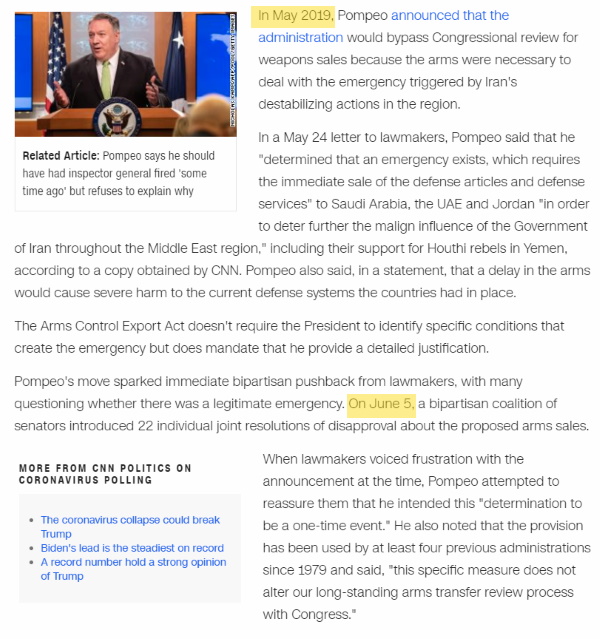 Hmm that certainly is... fishy. It raises a lot of questions about how the U.S. and the Saudis planned to... salvage... their arms deal in May / June 2019. Well oil be damned... 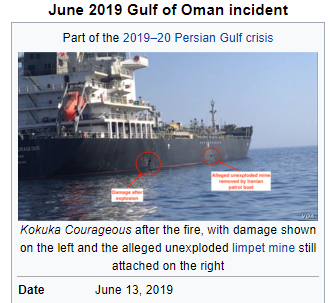 recently Mr. Hook persuaded a Greek shipowner to turn over the contents of four tankers full of Iranian oil, two of which were seized last month and two of which are being transferred this week to American control.

shriekingviolet
Post rating: +
some really great objective journalism from the BBC this week that the treacherous Iranians are duplicitously increasing uranium enrichment in a flagrantly villainous breach of the agreement (that doesn't exist anymore because the US tore it up.)

trakfactri
Post rating: +
An ominous UAE corporate mercenary video with the logo at the end for EDGE. 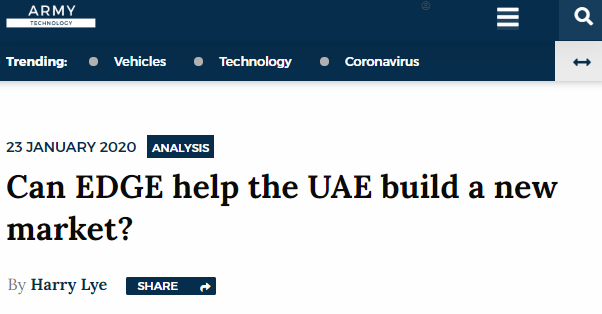 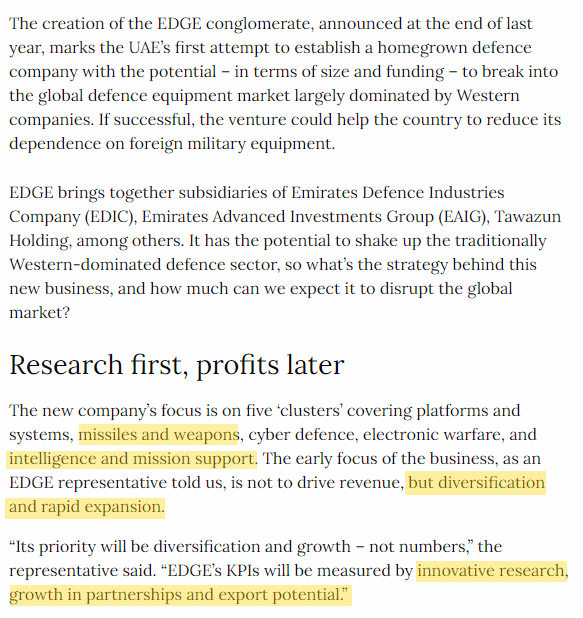 The growth model is exporting mercenaries and weapons, which means you need a war, so you start one at a distance and also use the war as a kind of laboratory involving real-life human beings.
trakfactri

Faisal Al Bannai, the founder and managing director of cybersecurity consultancy DarkMatter, has been appointed to lead the newly-established UAE national defence group, Edge. Early last year, Al Bannai handed over chief executive duties at DarkMatter to Karim Sabbagh, who has now moved on. The shake-up follows Al Bannai’s recent divestment announcement, and earlier pressure following accusations that the firm had been involved in surveillance activities.

Directly after Israel and the United Arab Emirates (UAE) signed a deal normalizing ties between their countries last week, prominent Emirati social media accounts, some with links to government, warned that anyone in the UAE criticizing the deal should be reported to authorities.

One post linked to an app released by the Attorney General's Office, allowing users to easily report tweets that threaten "the basic principles of social security." In the past, critical social media posts have resulted in detention, forced disappearances and torture, contributing to a climate of fear, experts and activists say.

That relationship is expected to grow stronger under the new deal, paving the way for "increased surveillance and policing of speech, not just domestically but regionally too," Hiba Zayadin, a researcher at Human Rights Watch, said.

Israeli hardware and software have allowed Emirati authorities to "control any activity in the public and private space," said Andreas Krieg, a risk consultant and professor at the Defense Studies Department of King's College London. "It has contributed to a constraint of the freedom of speech over the past decade that is unprecedented in its rigidity, even in the Gulf."

In 2017, UAE company DarkMatter lured a wave of ex-Israel Defense Forces employees of NSO to work for it, with salaries as high as $1 million (€900,000). DarkMatter hacked the iPhones of hundreds of activists, political leaders and suspected terrorists, according to a Reuters investigation.

"With Israeli technology being world leading and the UAE building a 21st century surveillance state with deep penetration into countries in the region, both have seen this as a win-win," Krieg said. "Such relationships are only possible because the Israeli security establishment has sanctioned it."

Saudi activist Omar Abdulaziz filed a lawsuit against NSO in Tel Aviv last year, on the basis that the company’s malware intercepted conversations between the activist and slain Washington Post journalist Jamal Khashoggi.

On Monday, The Washington Post named Juliette Kayyem, a senior adviser of NSO Group, as a new contributing writer in its opinion section.

By doing so, the newspaper hired someone linked to a company that Abdulaziz believes was involved in the killing of Khashoggi, another Washington Post columnist. 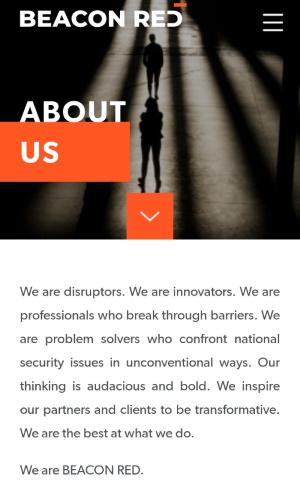