can you imagine how mad americans would be if somebody took the flag down on the moon, like how frothing mad

Washington signed a treaty saying they're not allowed to treat stuff that only affects the moon as an act of aggression, and the first foreign deployment of the U.S. Marine Corps was supposedly because someone lumberjacked the flagpole in front of a U.S. embassy so troops would start angry-crying about it. Congress & the president would send a mission to put another flag up and it'd be farmed out to a robot built by Elon Musk that would get 0.5 miles off the launchpad and explode into a thousand pieces, literally burning the United States flag on live global TV


finally, the future we were promised

neckwattle
Post rating: ~
mods please move all my posts from the last two days in here. thanks
[account deactivated]
tears

cars
UNUSUALY COOL
Post rating: ~
there isn't enough love given to finely crafted extreme suicide inventions and their place within the home. Love the sinner, hate the sin, that's what I say.
[account deactivated]
Ruzbihan 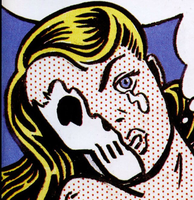 Ruzbihan
Post rating: +
In a bathroom stall of this one place someone has graffito’d like “I ❤️ Ruth Bader Ginsburg” with another heart for the i dot, and every time I see it I can only think about how it was custom-designed to ruthlessly troll me.
cars

In a bathroom stall of this one place someone has graffito’d like “I ❤️ Ruth Bader Ginsburg” with another heart for the i dot, and every time I see it I can only think about how it was custom-designed to ruthlessly troll me.

you know you can change that stuff yourself right

zhaoyao
lies half the time
Post rating: +
just use a different color sharpie so the other folks taking dumps can follow the conversation
cars

cars
UNUSUALY COOL
Post rating: +
Back in the dark ages, I used to take the bus home from college & leave my car there for my buddy to use, and one 45-minute stop always had new pro-KKK stuff sloppily carved into the walls, and I would spend the entire 45 minutes using an old bait knife to carefully carve in edits, in as close to the original hand as I could manage, so that it appeared the first guy was declaring he had quit the KKK yet again because of his addiction to performing oral sex on another man.
cars

cars
UNUSUALY COOL
Post rating: +
this was also the first time I saw what is now known Online as the "Heel Hortlar", where the attractiveness of far-right politics to a person's brain is inversely correlated with its ability to learn how to draw a swastika where all the bars point in the right direction.
[account deactivated]
cars

cars
UNUSUALY COOL
Post rating: +
the biggest flaw there is probably that the swastika fell apart a few years after the successful application of communism to its key points
[account deactivated]
cars

cars
UNUSUALY COOL
Post rating: ~
write a column saying it gave you a panic attack and sell it to the new york times for epic win
[account deactivated]
dimashq

dimashq
Post rating: ~
You must’ve said “it’s not working”, those magic words jinx it and makes it too strong
drwhat


this is why i am anti-edible, you can't titrate properly

tears
Post rating: +
lmao, anyway ive stopped smoking as of 2 weeks ago now, 2 grams a day all day every day is a bad habit, and not befitting of an education professional!
dimashq

shriekingviolet
Post rating: +
To every thing there is a season, and a time to every purpose under heaven
tears


you missed a verb

took an edible for the first time (that wasnt by accident) yesterday and just giggled while playing dark souls. i never would have considered it if i were not currently at the most bored i have ever been in my life

well now im anti-pyschoactive drugs because i ended up being hospitalized for doing too much. well was a very short and 50/50 experience