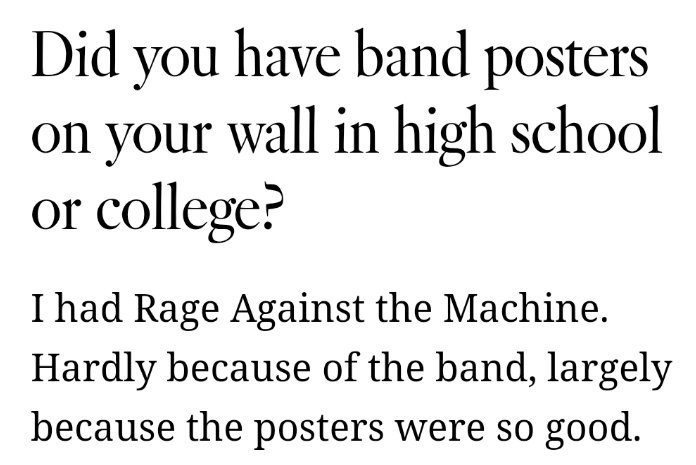 trakfactri
Post rating: ~
Bet it was the one with the photo of Thich Quang Duc burning himself to death in protest of the RVN junta.
cars

c_man
Post rating: +
He's also obstructing an abortion clinic from being built in his mayoral demesne, while a fake christian pregnancy counseling center or whatever has no problems getting set up
cars

cars
UNUSUALY COOL
Post rating: +
haha that excerpt where he’s like, “when I was all fired up about going to a Howard Dean speech in college, I couldn’t imagine that the guy who really made a difference would be cattle-eyed Apolitical Mark Facebook in the building I waddled past”
cars

cars
UNUSUALY COOL
Post rating: +
the one where he explains the clock on the Cambridge Bank building made him excited because clocks on buildings meant he was finally in the big city, instead of the place where he grew up, which was the campus of Notre Dame
Flying_horse_in_saudi_arabia

Ashley Massaro recently died. Her affadavit when she sued WWE includes her being encouraged by Vince McMahon not to report that she was drugged and raped by US military staff while on tour in Kuwait. Content warning - this is sickening reading. (1/2) pic.twitter.com/UFH7mvqSKW

JLTV deemed ‘not operationally suitable’ in a GAO reporthttps://t.co/GyL9eXyUkC pic.twitter.com/uW2Tk8SyY2


This vehicle was designed to drop in from the sky along with paratroopers. The JLTV is the "LRV" armored scout in this concept video (this is an actual Army video):


The basic idea is that third-world armies these days with money + weapons + vehicles from Russia, Iran, etc. can turn paratroopers into mince meat, so the Army wants to give paratroopers these armored taxi cabs to drop in 100 "clicks" away -- so they don't get blown away by shoulder-fired missiles -- and then drive into battle. But they're heavy and break down quickly, and they're not so heavy that they can't be lifted in which means they're not as armored as they probably need to be. The MRAPs used in Iraq were like giant crab shells for keeping soldiers alive during Mahdi Army ambushes in cities, so they could be slow and heavy and spare parts were just a few miles down the road.
cars

cars
UNUSUALY COOL
Post rating: ~
then they'd chop the MRAPs into scrap and sell it to the locals because it was too expensive to ship them back home. lol.
Sunday

Sunday
Post rating: +
ill listen to everything but country and MRAP
Sunday

Sunday
Post rating: +
a curious fact about mraps is that they descend from vehicles designed by the south africans and rhodesians so the vehicles amerikkkan troops ride into battle come from a proud lineage of white supremacist battle taxis
tears

tears
Post rating: +
In a message to troops, a senior UK officer wrote: ‘The Commandant General Royal Marines has directed that anyone with the recent video from Ex BP (Exercise Baltic Protector) is to delete it immediately. Anyone found forwarding it, particularly to public forums, will face disciplinary action. It includes booze, shit and swastikas.
sovnarkoman


Fun facts: Saw a bunch of these in the 1988 film "Red Scorpion" with Dolph Lundgren. Anti-communist propaganda movie made in collaboration with the Apartheid regime and filmed in occupied Namibia. Directed by Joseph Zito who made "Invasion U.S.A" where Chuck Norris fights communist guerrillas in Florida. Produced and written by none other than Jack Abramoff. The Apartheid military probably put up most of the budget for it since it cost $16 million to make (a lot for a Lundgren-led b-movie in the 80s) and it bombed at the box office. There's some fascist Riefenstahl "last of the Nuba" stuff in it too.

One thing to understand about Abramoff was that his Hollywood career and his lobbying career weren’t separate—they were like a giant melting pot of influence and propaganda. In fact, Red Scorpion was effectively funded by the South African military, thanks to the fact that the country was Abramoff’s primary client at the time. If you watch the movie, in fact, you’ll notice that the tanks being driven throughout are South African.

And looking at the plot—specifically below the surface points that involve Dolph Lundgren brandishing guns—the film was roughly based on the life story of Jonas Savimbi, an Angolan military leader who was considered a South African ally and a noted anti-Communist.

In 1986, Abramoff launched and headed an organization called the International Freedom Foundation (IFF), an organization that portrayed itself as an anti-Communist political think tank. In reality, though, it was a group meant to give some positive press and political cover to the South African government at a time when they were being pressured to release Nelson Mandela.

(Abramoff wasn’t the only lobbyist-type backing South Africa at the time; as The Nation notes, Abramoff’s old friend Grover Norquist, known these days as an anti-tax hound, visited a conference in South Africa intended to unify Americans in support of ending the anti-apartheid movement.)

Arthur Ashe, the late tennis star and anti-apartheid activist, spoke out against the film during its production, calling it an “endorsement of South Africa’s policies.” Members of the movie’s crew found the funding for the film distasteful.

“We heard that very right-wing South African money was helping fund the movie,” actor Carmen Argenziano, who played a Cuban colonel in the film, told Salon in 2005. “It wasn’t very clear. We were pretty upset about the source of the money. We thought we were misled. We were shocked that these brothers who we thought were showbiz liberals—Beverly Hills Jewish kids—were doing this.”

Nonetheless, it didn’t stop the film’s production, and the movie ultimately came out in April of 1989—less than a year before Mandela was released from captivity.

While the film ultimately failed at the goal of making the African National Congress look bad and ginning up support for South Africa, it was effective as a calling card for Abramoff. Most lobbyists of the era were busy trying to influence politicians in Washington; he went to modern-day Namibia with a camera crew to influence everyday Americans in movie theaters and on HBO. Maybe it didn’t work out in the end, but it certainly helped boost his reputation when he finally did return to Washington in the mid-’90s.

Populares
Post rating: ~
Yes! bring back the M8 armored gun system. I'm sure airborn based operations will totally work in brush fire wars just like it did in soma-. Oh, oh no.
cars

So there's a candidate for United States The President who was a Navy Troop spook in Afghanistan (where United States uh needed, a whole bunch of naval intelligence, for its Navy, in landlocked mountain country Afghanistan), and his only other qualification is being the mayor of "South Bend, Indiana", and he's got a whole bunch of money out of nowhere & the Washington press mysteriously wants him to be in all the debates and keeps writing stories pretending people like him, this Little Kid Mayor from Spooktown.

This post is to inform the postingship that the official position of this Web site is, He's An Op, and he's going to continue to prove it in more and more grotesquely absurd ways for the next year at least. And so we all got something to look forward to. Well bye.

only ~8 months after I posted this everyone is talking about it so thank you good work everyone.

trakfactri
Post rating: +
I like the news from the other day that he's spending a bunch of donor cash on a PMC to run security for his events. Tango Alpha Charlie... this is Papa Romeo. BUTTCAN has kissed the baby. Repeat: BUTTCAN has kissed the baby. EXFIL is authorized. Make sure to pass through the JRCC this time to avoid BLM... let's not fuck this up, people. Prepare to INFIL to LZ Christie's Pies and Bakeries. Preparing JLEnt staging for second-wave babies. A high-velocity drop is authorized.
cars 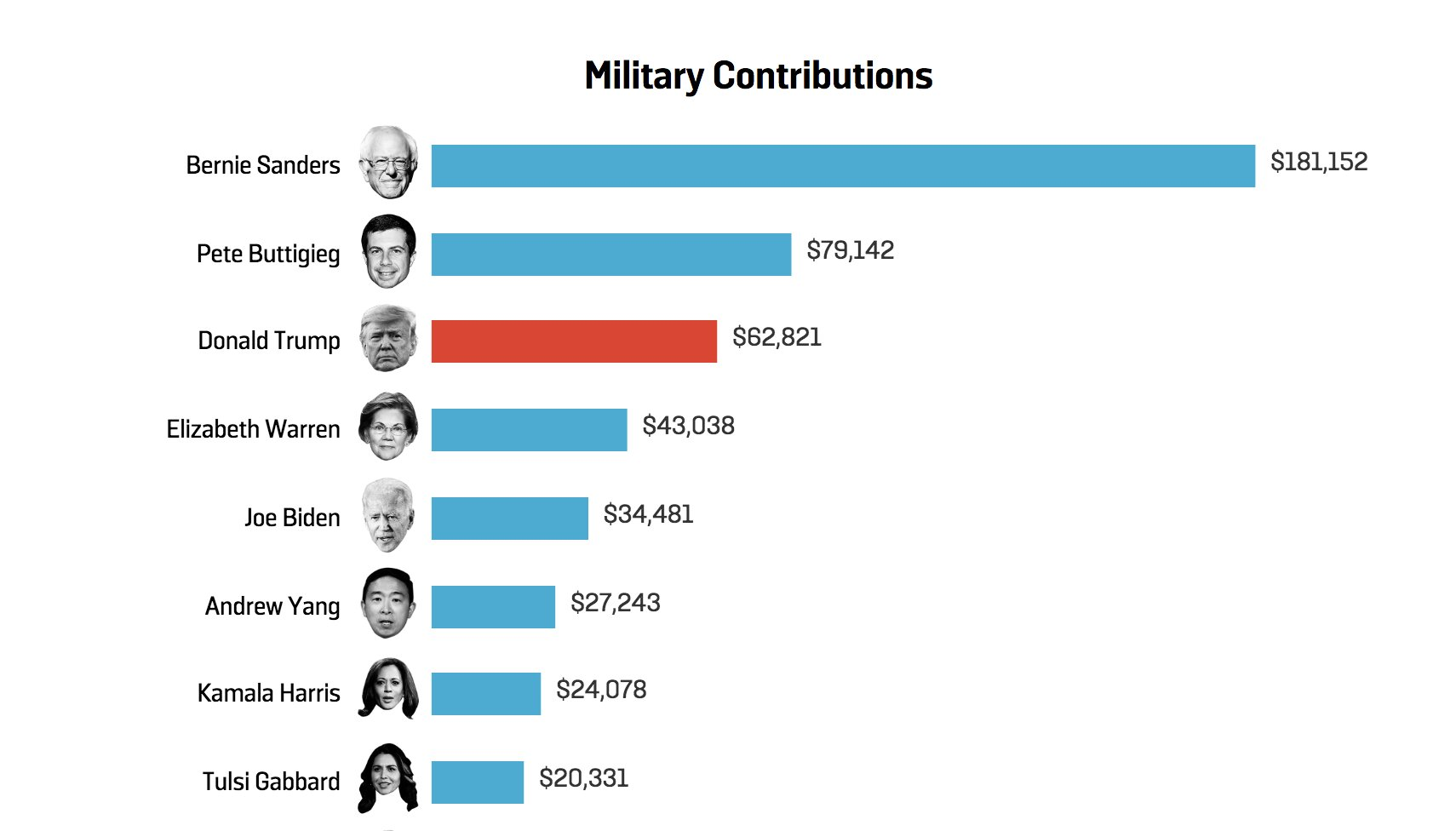 zhaoyao
lies half the time
Post rating: +
they're prob giving him money to win so he can end all wars and allow them to stop killing babies & come home to comfortable yet effective rehabilitation centers
pogfan1996

pogfan1996
Post rating: ~
babykilling needs to be brought into the 21st century, done by a drone controlled by a machine learning algorithm and coded by a silicon valley nerd high on adderall

cars
UNUSUALY COOL
Post rating: +
DSA people getting confused & upset at the obvious implication of political statements about spending in the U.S. press, the implication that money spent on social programs is a cost center while money spent on imperialist ventures somehow generates revenue streams for the state, bwuh huh?!?!?!... they're so, so, so, so, so close to understanding their own politics
Flying_horse_in_saudi_arabia


turns out most troops are just fucking lazy

cars
UNUSUALY COOL
Post rating: +
have to wonder what's going through the head of a global rape specialist like Mayor Spook Troop as he listens to some doddering Vermonter puzzle loudly over the baffling concept that empire... pays??? the answer: AVE SATANUS, AVE SATANUS in four-part choral harmony
Flying_horse_in_saudi_arabia

To call soldiers troops suggests a hive of faceless bees scarcely distinguishable as individuals, spending their entire existences as cogs within a community so tightly knit and interdependent that one could analyze it as a single organism. Referring to persons as troops carefully distracts us from the individuals putting their lives on the line.

US military in Korea having a normal one pic.twitter.com/YTKJH9a86G

cars
UNUSUALY COOL
Post rating: +
the big story on Landlocked Navy Baby now is: he destroyed the public school system in the town he ran to make room for charter schools, which meant no school buses, so a bunch of kids had to take the public bus to school. Then he brought in consultants that persuaded the town to get rid of traffic lights at a bunch of intersections. Resulting in a little kid getting hit by a car as he crossed an intersection where lights were removed, so he could reach a public bus stop in time to make it to school
cars

cars
UNUSUALY COOL
Post rating: ~
tbf though I doubt the incoming administration is pouring a natsec-level cabinet position into his sippy cup for din-dins because they actually expect him to know or do anything about transportation
solidar

solidar
Post rating: ~
i figured it was a 2 for 1 move of back-end of the deal for the timely campaign end and safe career-advancing position for a 2024 or 2028 run
cars 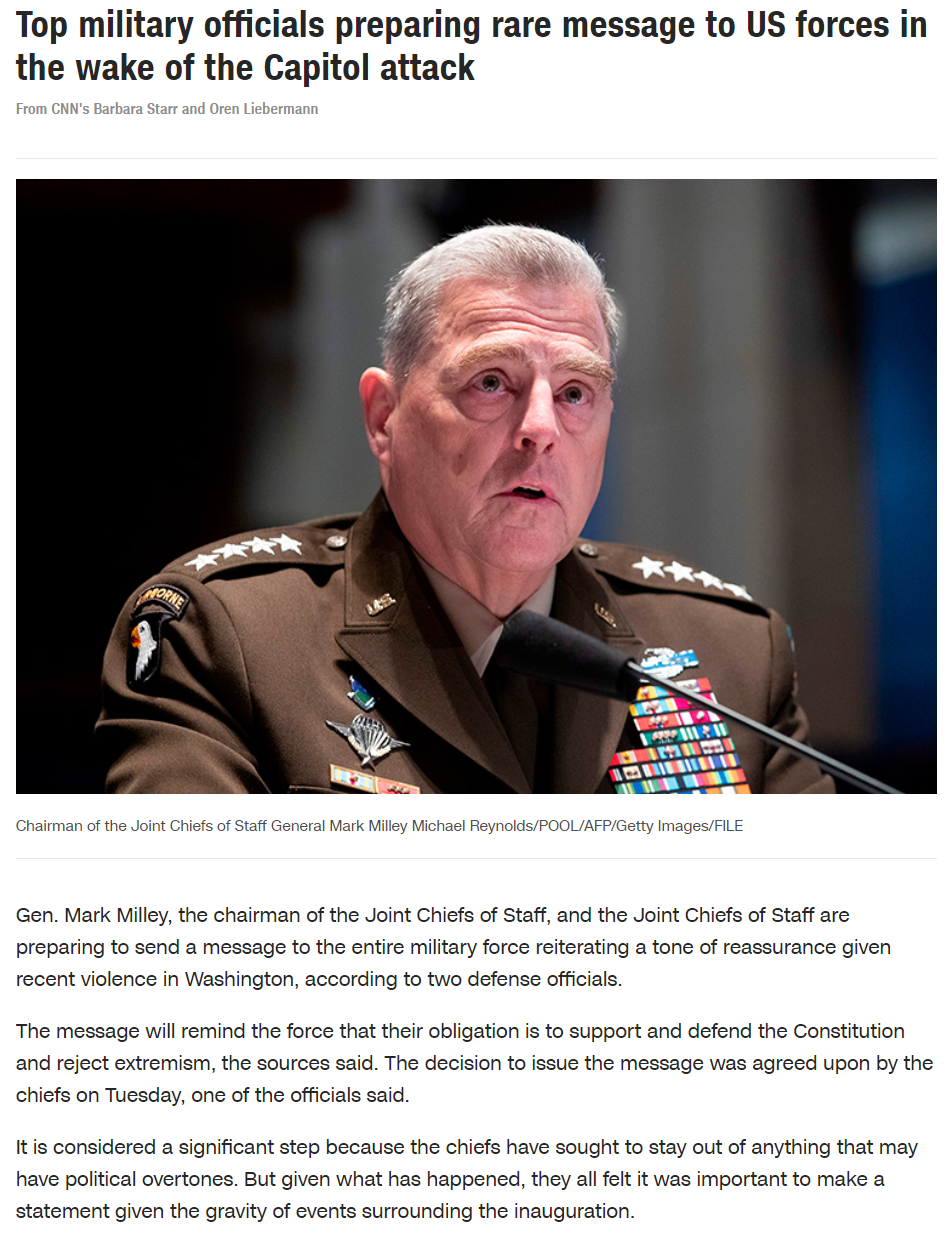 cars
UNUSUALY COOL
Post rating: ~
That could mean a lot of things, all of which are totally fine
damoj

damoj
Post rating: ~
watch this whole thing and tell me how you feel