dunno but it's a great video
Petrol

Petrol
Post rating: ~
actress is fantastic. saw him do a live set once, unforgettable
Constantignoble

a Romanian-born, Greek-French composer, music theorist, architect, and engineer ... Xenakis pioneered the use of mathematical models in music such as applications of set theory, stochastic processes and game theory and was also an important influence on the development of electronic and computer music.


Xenakis joined the National Liberation Front early during the war, participating in mass protests and demonstrations, and later becoming part of armed resistance. ... After the Axis forces left, Churchill ordered that British forces step in to help restore the Greek monarchy; they were opposed by the Democratic Army of Greece, and the country plunged into a civil war. In December 1944, during the period of Churchill's martial law, Xenakis (who was by then a member of the communist students' company of the left-wing Lord Byron faction of ELAS) became involved in street fighting against British tanks. He was wounded and facially disfigured when shrapnel from a tank blast hit his cheek and left eye, which was blinded; that Xenakis survived the injury has been described as a miracle.

one of his better-known pieces:

and here's a zoomed-in excerpt of the transition at around 7:43 in the above:


other cool stuff:
the ridiculous hand independence of mists
volume warning if you're wearing headphones, but check out mycenae alpha if you like squiggles

volume warning if you're wearing headphones, but check out mycenae alpha if you like squiggles


more like, annoying constant panning warning. this would be great if it wasn't for that. i mean i dont pretend to fully understand his work but i don't see any reason why the audio keeps getting panned back and forth all the way to the left and all the way to the right through the entire fucking thing. seems unrelated to the squiggles and really detracts from the effect of the piece 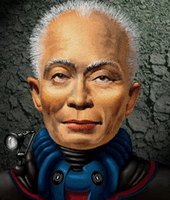 ialdabaoth
lies half the time
Post rating: ~
i heard a decent song on the country music npr station here a little while ago, i don't know who sang it but it had a couple real good zingers about american imperialism
tears


dunno if playlists work here but the whole album's good. bit of warmup. just a guy and guitar with backing by late 70s avant culture
cars

Petrol
Post rating: ~
i found the charly bliss singer's voice too grating to enjoy, but the overall vibe was definitely 90s in a good way, it reminded me of something like that dog, which i will always have a soft spot for.
damoj 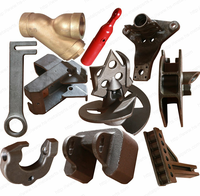 
I first heard Bombino in a Nando's
and thought it was Mauritanian music from the Tedinit guitar until he started singing in Tuareg. Its cool how many cultures he mixes, groit, Tuareg, Hausa, Moorish....
I didn't even know the translation of this song beyond the two Arabic words in the title but got the gist of the meaning from those alone.

"Akhar Al-Zaman" meaning "the end of time" is a common phrase often used in an exasperated or tongue in cheek tone by older and more traditional Mauritanians (and possibly elsewhere in the Arab world) when refering to something bizarre and new to them. Like seeing a kid with an iPad in the middle of the remote Sahara is like a sign of a world ending ("hathu tirkit akhar al-zaman" - "these are the kids of the end times"). Sometimes its used in a sincere way by elders baffled at non-traditional behaviors from their younger city relatives. Even though the song's translated title is "this moment" the lyrics capture that "end times" meaning well.

A new moment has arrived and it hurts my soul
Our young people are following a new style of life instead of our own
The morality, dignity, generosity of ours parents have been replaced by materialism
Our ancestral language and alphabet are threatening to disappear and our dearest practices are losing their place
My brothers! Far from your ancestral culture, your personality disappears, along with your spirit

Pretty folksy, capturing the meaning that the phrase carries so perfectly. It at the same time reflects the erasure of his own Tuareg heritage as well as what is felt by the rest of the region, large swaths of which have only been touched by modernity within living memory. It's incredibly relatable and succinct to anyone from a society like that, plus it also shreds.

lo
Post rating: ~
caesura do you have the deets on all the hottest middle eastern dance music, about all i know is some dabke stuff like omar souleyman which probably isn't actually 'cool' over there
tears

Fayafi
Post rating: ~
I rarely listen to ME dance music, because a lot of it sounds samey to me. But as for dance music much of it is traditional stuff for more traditional settings or the usual pop music popular everywhere now. In the Gulf they play khaliji music by people like Rashed al-Majd (e.g https://youtu.be/irnn_zHn4KM) really loudly at parties or celebrations.

Anyways in the Gulf at least, the most popular non-Western music for events usually sounds a lot like Omar Suleyman or whatever songs are popular on Arab Idol. You can still hear his music blasting loudly from speeding Landcruisers there.
Petrol


Was reminded of this one by Petrol's new avi
Petrol

Petrol
Post rating: +
the rich kid becomes a junkie
the poor kid, an advertiser
what a tragic waste of potential!
oh, being a junkie's not so good either