cars
UNUSUALY COOL
Post rating: ~
reading the White House order from last week attempting to put all the extreme anti-China “security” stuff and then some back into the semiconductor subsidy act from this summer
cars 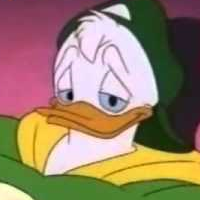 Peentis
Post rating: ~
unfortunately, ive been reading hegels on logic. Have a fun idea where i try to apply his dialectic to his own 'whistling in the dark' vs kierkegaard
lo

lo
Post rating: +
i was looking at a book on liu shaoqi and the cultural revolution just now and it has the most powerful list of figures i've ever seen 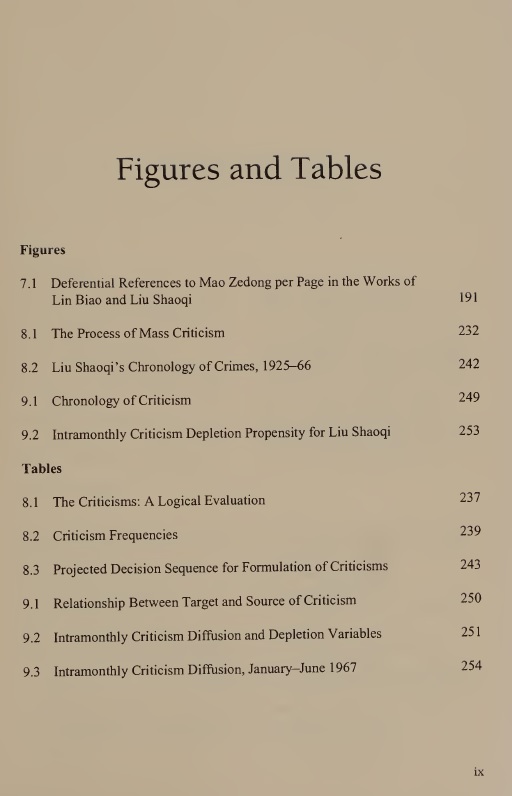 Constantignoble
Post rating: +
Was looking through Marx's critique of Hegel's Philosophy of Right and made a neat little connection that addressed an unresolved curiosity.

So, years ago I had sort of settled the whole "idpol question" in my own mind through something like intersectionality grounded in historical materialism. That is, I think of certain statements Marx made on the question of the Irish proletariat:

in Ireland the land question has been up to now the exclusive form of the social question because it is a question of existence, of life and death, for the immense majority of the Irish people, and because it is at the same time inseparable from the national question.

In the first chapter of Class Struggle and History, Losurdo spins this up into a more general thought:

In Ireland, there was no ‘social question’ apart from the ‘national question.’ A de facto identity existed between the two, at least for a whole historical period, as long as independence had not been gained. The ‘social question’ is the more general category here — the genus — which, in the concrete situation of the unhappy island exploited and oppressed by Britain for centuries, takes the specific form of the ‘national question.’ For anyone who has not grasped the point, Marx reiterates it: the ‘social significance of the Irish question’ should never be lost from view. The species cannot be understood if it is detached from the genus. We can argue similarly in connection with the passage from Wage Labour and Capital referring to ‘class struggles and national struggles’: class struggle is the genus which, in determinate circumstances, takes the specific form of ‘national struggle.’

Other passages argue for a similar relation inhering in, say, struggles for racial or sexual emancipation. That is, it makes no sense to frame racial justice and class struggle as competing for scarce struggle-resources or whatever when the former has concrete class content, as just one form of appearance of the manifold ways we've oppressed each other since human beings started arranging ourselves into social classes. Not to mention that these different forms functionally interlock to reinforce the totality of it.

(Incidentally, I only just started Nicholas Xenos's short 1989 book Scarcity and Modernity, which argues that the entire category of "scarcity" is a bourgeois tic invented in the 18th century. The thesis makes immediate sense to me, but it is an angle I don't see discussed often.)

Anyway, the extremely picayune, theory-brained thing that sometimes gave me pause in this was whether there ought to be some other terminological flourish to distinguish class struggle writ large (i.e., as genus) from class struggle in the more narrow, colloquial sense of bourgeoisie/proletariat/MoP conflict (as species).

Anyway, then I just came across this bit here, as mentioned up top:

Hegel proceeds from the state and makes man into the subjectified state; democracy starts with man and makes the state objectified man. Just as it is not religion that creates man but man who creates religion, so it is not the constitution that creates the people but the people which creates the constitution. ... Democracy is the essence of every political constitution, socialised man under the form of a particular constitution of the state. It stands related to other constitutions as the genus to its species; only here the genus itself appears as an existent, and therefore opposed as a particular species to those existents which do not conform to the essence. Democracy relates to all other forms of the state as their Old Testament. Man does not exist because of the law but rather the law exists for the good of man. Democracy is human existence, while in the other political forms man has only legal existence. That is the fundamental difference of democracy.

Probably makes sense that we could discuss class struggle as a unity of universal and particular, too, without worrying too much about the distinction; we're not talking about the animal kingdom, but relations and structures that are shaped by ideas, rather than merely categorized by them.

Thus, someone arguing that class struggle in the narrow sense ought to be prioritized over other struggles is perplexed by an appearance of opposition (or perhaps opportunistically using said appearance as a lever for their own bigotries). However, their entire framing is additionally absurd, since unlike the political considerations in the excerpt above, emancipatory struggles are not and should not be taken as mutually exclusive. That attitude would likewise have someone "prioritizing" between battling sexism and racism, among others.

It all feels pretty elementary, by now, but it was nice to find a stray puzzle piece to fill that little gap.

shapes
Post rating: +
I've also been reading Losurdo's book on class conflict, and like you, found that it was exploring ideas I've been trying to articulate better

I thought his characterisation of class conflict as a theory of social conflict made it too vague, but I liked the textual evidence he brought to bear

my way of understanding it is that racism, sexism etc can be understood as variations of class struggle because these categories ultimately can be understood in historical material terms, and can ultimately understood viz their relation to the mode of production. key to this is realizing that even long gone modes of production can "weigh like a nightmare upon the living." per Engels, sexism really only emerges in the transition to agricultural societies. but even though that catalyst is long lost to time, the effects linger on society like a scar.

the idea of class as the unity of universal and particular is very insightful. didn't Ilyenkov explore similar themes? I need to do a deeper reading of his work
Constantignoble

Constantignoble
Post rating: +
not sure, i've only read one or two chapters of ilyenkov from back when i was trying to pick at marx's abstracts and concretes

and tbh i should probably resume that losurdo book; i didn't get far past chapter 1 before being drawn into other readings and then one day i look up and years have passed
cars

cars
UNUSUALY COOL
Post rating: +
reading about Kenyel Brown, the serial killer trained Pavlov-style by the FBI, the ATF and their liaison on the Detroit police to believe that he could get away with anything as one of their informants. Eventually, he just started killing people at an average rate of one every couple weeks, six of them in all, then allegedly shot himself during his attempted arrest in 2020, dying days later at a hospital. Even if that’s what actually happened, at best it demonstrates that the only person who was likely to stop an FBI informant turned serial killer was himself.
cars

cars
UNUSUALY COOL
Post rating: +
kept reading about Kenyel Brown, the FBI asset / serial killer shielded by the feds. On the day of his "arrest" in 2020, an army of cops poured into a neighborhood in Oak Park and opened fire on Brown. Witnesses report he never fired back. According to police, Brown fired his weapon only once, to put a bullet in the right side of his own head. This allegedly happened right before the cops stormed a backyard, in front of local news cameras, to "capture" what they claim was a suicide. Medics arrived and declared Kenyel Brown dead. Later, he was declared alive again. Then he was taken to a hospital, then declared dead again four days later. Okay
tears

kept reading about Kenyel Brown, the FBI asset / serial killer shielded by the feds. On the day of his "arrest" in 2020, an army of cops poured into a neighborhood in Oak Park and opened fire on Brown. Witnesses report he never fired back. According to police, Brown fired his weapon only once, to put a bullet in the right side of his own head. This allegedly happened right before the cops stormed a backyard, in front of local news cameras, to "capture" what they claim was a suicide. Medics arrived and declared Kenyel Brown dead. Later, he was declared alive again. Then he was taken to a hospital, then declared dead again four days later. Okay


lmao. stories with inverse "suicide by two bullets to the head" energy

lo
Post rating: ~
i wonder if there are any american serial killers who aren't intelligence assets/mkultra induced psychos at this point
swampman

Gssh
Post rating: +
came across a recent translation of 'we' by yevgeny zamyatin. it's 100 years old. he was bolshevik/soviet author, friend of gorky, and eventual exile.

someone mentioned to me that 'we' was written as a warning to the people, while orwell and hux wrote as warning to establishment. perhaps so, either way it definitely made apparent how derivative their novels were.

in his ending there is no 'final number', but an endless cycle of revolution. in orwell we get 2+2=4 (or 5) and a boot stomping on human face forever. in comparison the later novels felt weak, vulnerable and binary. instead of the resilient, embodied, plurality of 'we'.

it's written in such a way that the contradictions/conflict are evidenced in the characters interiority and complicities. yet there is something palpable, inevitable and worth saving that i never glimpsed through the derivative texts.

other aspects i enjoyed were the emotional resonances, the image of porosity as the soul, and laughter as a weapon. it's an easy read, and while some parts might feel somewhat flat or overdone i was able to appreciate them considering i'm reading it 100 years after it was written.
lo

lo
Post rating: +
i started reading david chandler's pol pot biography in my continuing efforts to understand what the h*ck is up with cambodian communism, but it seems kind of dumb in a few different ways. need to revive cambodia effort thread to explain further once i finish it..
realsubtle 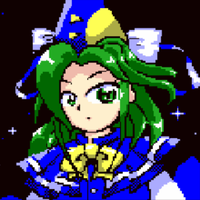 Medics arrived and declared Kenyel Brown dead. Later, he was declared alive again. Then he was taken to a hospital, then declared dead again four days later. Okay 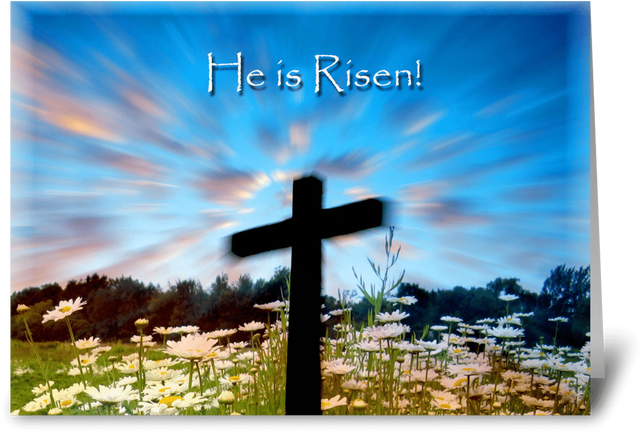 filler
Post rating: ~
does anyone have any recommendations for books on the Carnation Revolution?
filler

No Longer Human is one of my favourite novels but I always think of when I recommended it to my ex and she read it and she says 'if you really relate to this you're headed for a dissolute life.' And she was right!