therefore, the premise of the thread. QED
graphicalUSSRinterface

graphicalUSSRinterface
Post rating: +
the article seems fine but i refuse to link to wsws on principle lol
swampman

cars
UNUSUALY COOL
Post rating: +
WSWS always makes me think of the one guy I knew in college who was really into sending me links from that site. he built a big customer base on campus using the patchwork legality of 2Cs, but he had a bad night on 5-MeO-DMT where he knocked a vending machine over in a dorm to steal snacks and started tearing his own shared dorm room apart looking for listening devices. he got trespassed and kicked out of school. we later found out he was the kid of some state-level legislator or something, and I stopped being anarcho and figured out that WSWS is Trot, which was ironic because ISO spent years trying to find someone on campus they could use for entryism. invest in your ground game!!
Synergy

Synergy
Post rating: ~
with the PSL Bernie article and lesser evilism being re-examined among socialists/communists it will be interesting to see if a mass shift towards electoralism happens on the far left.
Flying_horse_in_saudi_arabia

Flying_horse_in_saudi_arabia
Post rating: +
What a truly shocking exposé, revealing the previously occult knowledge that a man running for Head Hitler In Charge might, if successful, end up doing hitler stuff
shriekingviolet

it will be interesting to see if a mass shift towards electoralism happens on the far left.


would be interesting to see if anyone would even notice

with the PSL Bernie article and lesser evilism being re-examined among socialists/communists it will be interesting to see if a mass shift towards electoralism happens on the far left.

swampman
Dont Mess With Sucess
Post rating: ~
I think it's wrong of the WSWS to advocate voting a for Trump but the purpose of this thread is to consider rationally, in the cool light of day time, whether Sanders wouldnt be worse for the grouplets of people wo dont live in USA than Incompetent Chief Cheeto in Chief. Just lke last time

zhaoyao
lies half the time
Post rating: +
that argument would carry more weight if the whole imperial apparatus were in any way slowed down or hindered by the doofus hhic but our robits are killing more folks than ever
kamelred

kamelred
Post rating: +
what is for me, really, is that i like to back a winning horse. trump 2020
trakfactri

trakfactri
Post rating: ~
I think we should conduct a poll of the world's people and ask them who they want to see serve as the Big Cheeseburger, and then vote accordingly. I believe in democracy. But true democracy will not come until the entire world has a vote in the American elections.
zhaoyao

zhaoyao
lies half the time
Post rating: +
i disagree. amerikkkans should not be allowed to vote for hhic
Populares

Populares
Post rating: ~
There should be no voting, the loudest and the dumbest shall continue to lead uncontested.
shriekingviolet

the loudest and the dumbest shall continue to lead uncontested.


sudden realization that i've been the president this whole time

swampman
Dont Mess With Sucess
Post rating: ~
hwo about this for the left case for trump: if we're being honest, trump is going to win because 1) the dnc is not going to send up sanders and 1.5) even bourgeois amerikans know that buttigieg or bloomberg would be far, far worse so 2) we might as well stop lying to ourselves that there is any other potential future
Populares 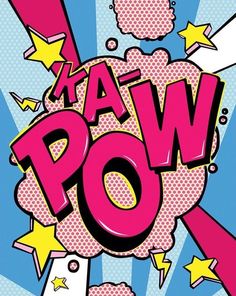 aerdil
Post rating: +
is tihs groundhogs day or some shit

from the one day i was bored and decided to troll the bernie thread on sa:

MarxUltor
Post rating: +
On the day the Governor of Florida declared that the professional wrestling company owned by Trumps secretary of the Small Business Administration was essential and exempt from state lockdowns, trump directly accused one of the two interstate compacts recently signed to deny presidential authority over businesses and public health as being a precursor to independence
drwhat

On the day the Governor of Florida declared that the professional wrestling company owned by Trumps secretary of the Small Business Administration was essential and exempt from state lockdowns, trump directly accused one of the two interstate compacts recently signed to deny presidential authority over businesses and public health as being a precursor to independence

On the day the Governor of Florida declared that the professional wrestling company owned by Trumps secretary of the Small Business Administration was essential and exempt from state lockdowns, trump directly accused one of the two interstate compacts recently signed to deny presidential authority over businesses and public health as being a precursor to independence 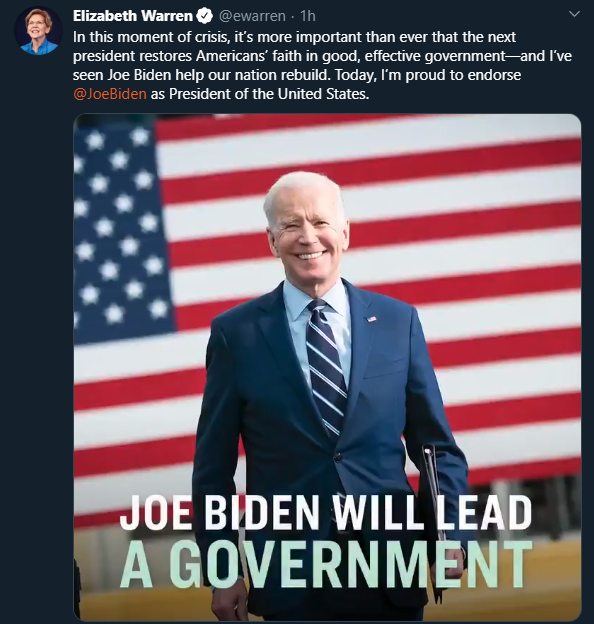 I thought this was funny because "Joe Biden Will Lead a Government" sounds like a phrase the CIA would come up with when throwing its support behind "informal mechanisms" to restore good ol' fashioned middle-class security and stability after a "legitimacy deficit," ala Gen. Sisi in Egypt. Biden can also dress the part with a pair of aviator sunglasses. The phrasing "liberal autocracies" has come up a bit too in the liberal-military-intelligence / institutional blob media as a way to counter what they deem as "illiberal democracies."

From that PSL article posted here:

Since Trump became a phenomena in the 2016 election, which was mainly the result of virtually undiluted, free and constant media time given to him by CNN, CBS, and the capitalist-owned media outlets in the United States (all pursuing a narrow agenda connected to their ratings and advertising money) the Party for Socialism and Liberation has explained that significant sectors of the U.S. ruling class would be profoundly dissatisfied with Trump as the CEO of the government that serves their interests.

Trump is not trusted by the bourgeoisie to be the top executive to manage their common affairs. He neither has the inclination, training or temperament for the task at hand. In fact, his absolute narcissism, hustling and dictatorial style makes him a destabilizing factor for imperialism and the institutions of the U.S.-dominated world order that they have carefully managed for decades. That’s their main beef with Trump.

As early as February 2016 we reminded people of Karl Marx’s incisive generalization in the Communist Manifesto: “The executive of the modern state is but a committee for managing the common affairs of the whole bourgeoisie.” Trump is a destabilizing factor at a time when the big bourgeoisie craves not just profits but stability and are facing, in the words of the Pentagon’s National Security Strategy, an emerging era of “great power competition.”

Trump temporarily overcame the big bourgeoisie’s hostility to him, for a few days, with the bombing of Syria in April 2017. He purchased wider ruling-class appreciation with the gargantuan tax giveaway to the banks, corporations and already wealthy. Grateful as the capitalists are for this redistribution of wealth to the already rich, they are still skeptical of him. It is mainly in coal, oil, steel, aluminum and the weapons industries that Trump retains solid support from some sectors of the capitalists. He also has considerable support in the white middle class and considerable sectors of white workers.

But the author of the New York Times editorial represents the professional class of managers of the permanent state apparatus and they revile Trump. In describing their quiet — and now open — subversion against Trump the author aptly describes who they are and what their mission is in the framework of the capitalist ruling class and its global empire: “This isn’t the work of the so-called deep state. It’s the work of the steady state.”

It’s critically important for socialists who are organizing against Trump’s egregious and reactionary policies not to become the tail to the “steady state,” which at its core is the Pentagon, CIA, NSA, FBI and other instruments of repression. That is the state apparatus of the capitalists and their overt and covert instruments of global domination. 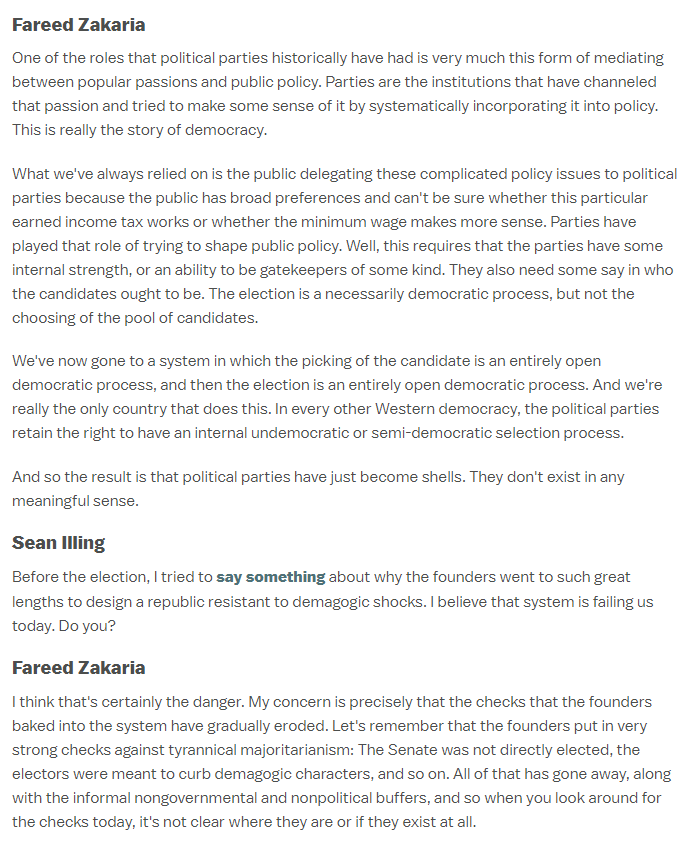 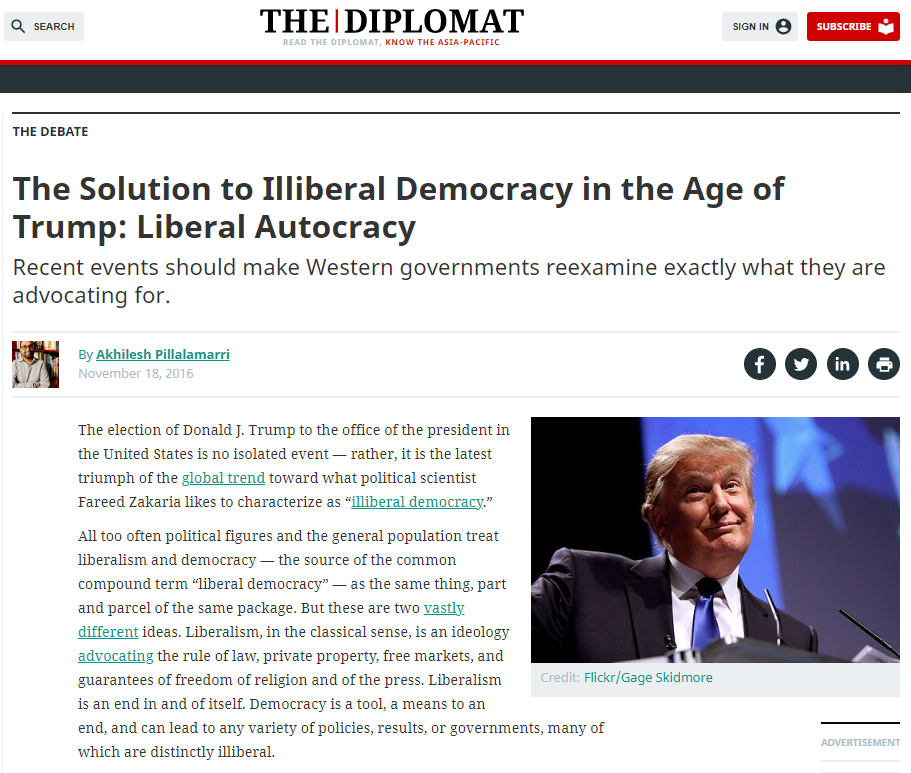 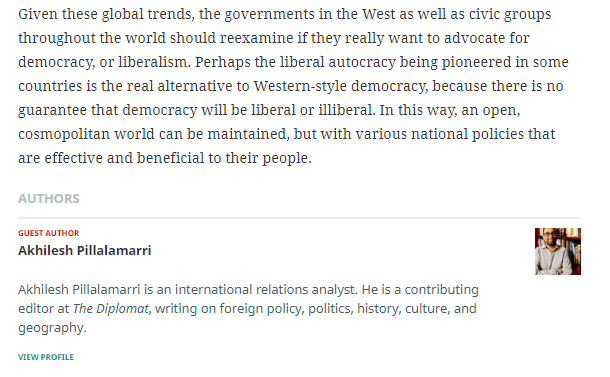 Parenti
Post rating: ~
captain, we're seeing levels of leading a government that are off the charts!
cars

Synergy
Post rating: +
"Could you really imagine anyone else in the White House, except Biden?"

*quickly skips to next point as hands start to raise*
sovnarkoman

"We must face facts. The only sure way to confront the single greatest threat to American security in the 21st century, Chinese imperialism, is to rebuild the U.S. economy and to build up the American worker," writes @HawleyMO. https://t.co/hn9LpllW6n

except on false credentials