Parenti
Post rating: ~
i elbowed a riot cop in the face once and it was fun. at the end of the day we got nothing really going for our politics, so internecine wrecking and cop ops are the most fun we're likely to have in the near future. this stuff is like la chinoise except not as boring and confusing. i endorse it because it's nuts and fun.
blinkandwheeze

RGA are cops, and most of this thread is terrible. Can't say I disagree!


Agreed. So then who are the RGA boosters and PPW fantasists on this forum. Why are you pretending these things weren't mentioned?

blinkandwheeze
Post rating: +
i think imaginary fights with ill defined and unnamed collectives of posters are the worst genre of message board posts in the world frankly.
Flying_horse_in_saudi_arabia

RGA are cops, and most of this thread is terrible. Can't say I disagree!

Agreed. So then who are the RGA boosters and PPW fantasists on this forum. Why are you pretending these things weren't mentioned?


Obviously crow doesn't think much of maoists, but you have to cut him some slack, he is still upset about the sino-soviet split.

blinkandwheeze
Post rating: ~
it's especially weird to have these kind of accusations now, considering that 2 of the most explicitly maoist sympathetic posters here, g_s and tears, have been engaging in the most serious and down to earth discussions about organising here in years
serafiym

serafiym
Post rating: ~
would dale gribble be in the RGA (Red Guards Arlen)? or would it be too infiltrated by federals? my pfp is relevant.
toyot

i think imaginary fights with ill defined and unnamed collectives of posters are the worst genre of message board posts in the world frankly.

i see what you did there

tears
Post rating: +
if i was a cop and i wanted to disrupt the pizzle, id just join them, agree with everything they say and rise to a senior leadership position
Flying_horse_in_saudi_arabia

Flying_horse_in_saudi_arabia
Post rating: +
*4 glasses of wine later* And since i know your reading this, Crow, you know what? I dont forgive you for not staying in touch since I quit facebook, ass hole. Its been like 2 years. I know you dont post here much but is it so hard to log on and send a pm? Apparently. 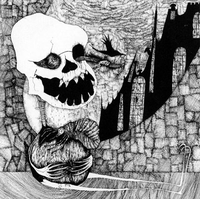 if i was a cop and i wanted to disrupt the pizzle, id just join them, agree with everything they say and rise to a senior leadership position

one of the first interactions i had with leadership was an offer to career-track me and someone else into senior leadership in a matter of years. at certain points like this, like a mother who looks at her baby and momentarily indulges the fantasy of strangling it, i would wonder what would happen and what i'd do if i was an infiltrator. i think, even on a completely mental level, it really eroded whatever culture of security and secrecy they're so desperate to maintain.

anyway yes that's exactly how that works. it's so fucking dumb.

JohnBeige
Black Belt
Post rating: +
Six years I spent in that organization, fought tooth and nail on every proposal by the center. Makes me sad to think of the time burned, but I guess I learned some shit
tears

tears
Post rating: ~
this is what people dont realise:

Now, certain special individuals will notice something, even if they don’t fully know it; which is that hegemony within the movement itself hasn’t been consolidated by a dominant communist tendency or organization and, relative to the movement’s size and net inexperience, a single person could potentially dominate that hegemonic force itself and develop the party, and the course of political conquest, in the “right” direction during a sweetspot in its growth. Those special individuals are called narcissists or careerists, or both. Unfortunately, at the moment, they’re generally local leadership or prominent organizers rather than isolated rank-and-file party members.

They’re the cadres who, in the last instance, decide to make somewhat manipulative, and sometimes ethically challenging, decisions in the process of recruitment and internal politicking, as well as consistently draft and send reports to national-level leadership on basically everything that’s going on. These reports are taken as gospel without a contradicting account or complaint, but sometimes with them too. Sometimes a liaison from “National” swings by the local branch chair’s apartment for a few days and just goes home after that; if you’re lucky, they bring some books and make you pay for them.

anyone with two brain cells can dominate these "parties" in the same way you can dominate an actual party, by exuding authority and discarding anxiety, and having a drive to gather control (something cops well know how to do, its in the training), because all the "leaders" in these parties have is control (of finances, of knowledge (this is especially sickening to me), of adjendas, of "line"), not authority, hell, they dont even know what authority actually is, to them its like oil slipping through their fingers no matter how hard they try and grasp it.

tears
Post rating: +++++
i think it was that sakai pamphlet where he makes the point that parties fixate on how its the people who disagree with their lines who are the cops, when actually they should be looking at the ones who ego-boost the leaders and offer to do the paper-work
Belphegor

Belphegor
Post rating: +
Yeah it was the Sakai pamphlet interview with the organizer arrested+imprisoned during the G20 protests in Toronto. She recalls the infiltrators as being very agreeable and never contesting a line iirc.
pescalune 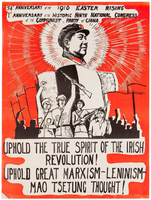 pescalune
Ireland
Post rating: +
Richard Seymour said that when he was in the SWP you could generally spot the cop because they would turn up regularly and were extremely eager to do the boring shit like email lists, leaflet distribution etc. Perhaps that says more about the general work ethic of that party though

Maybe that's just in the initial stages before they get a real hold in the party. Certainly Heavy Radicals said it was generally infiltrators pushing division, including an entire organisation the FBI invented just to cause strife.
aerdil

Lets all just go to Austin and waste these mother fuckers. It would be a good forums team building exercise and probably resolve a lot of the interpersonal issues that have come up in this thread. Everyone, this would be a good time to dip into your in-case-of-paramilitary-violence safety deposit boxes for the price of a plane ticket.

coincidentally i'll be in austin in mid-march anyway, im def. up for a rhizzone action. plz send your rsvp to "codename aerdil" via 450 Golden Gate Ave, San Francisco

Richard Seymour said that when he was in the SWP you could generally spot the cop because they would turn up regularly and were extremely eager to do the boring shit like email lists, leaflet distribution etc. Perhaps that says more about the general work ethic of that party though


I've been accused of being a cop for the crime of being helpful with boring stuff. While at the very same time people in that org kept trying to tell me confidential stuff that they really shouldn't have.

"Cops will happily do tedious tasks" is one of those things that while true, makes for a very poor sole criterion of suspicion if you want your org to be even barely competent. It just becomes a tool for useless dipshits to leverage the party into indulging their idiot personal insecurities.

Fill up the ranks with depressed slackers and hero complex lunatics, purge all the quietly helpful people with actual skills, good strategy. Social dysfunction is a far greater security risk.

tears
Post rating: +
i think i should have clarified that i mentioned that sakai pamphlet to imply that if red guards austin are cops they are comedy joke cops wearing clown shoes and they drive around a clown car
Flying_horse_in_saudi_arabia

kamelred
Post rating: +
correct me if im wrong here, but it isn't it the case that one traditional method for finding out who the cops are is to have the goddamn gun battle???
serafiym

serafiym
Post rating: +
the PSL has a super secret method for seeing if someone is a cop or not. basically you make them do lines of cocaine and drink "cuba libres" with you (because we love Cuba so much)
colddays

This looks exactly like the PSL/WWP "confrontation" from February in Texas. Unfortunately no video of them burning the stuff they took though.
marlax78

marlax78
Post rating: ~
The idea of Maoists claiming the fucking DSA are putting wool over the eyes of the masses is so head ass
trakfactri

Fill up the ranks with depressed slackers and hero complex lunatics, purge all the quietly helpful people with actual skills, good strategy. Social dysfunction is a far greater security risk.


weird sexist "tells." heard that from someone who had been around for awhile. example being two comrades arguing and as the argument terminates the male comrade goes "ok sweetie." aside from being sexist, if he had made it this far and read everything he's read and still says things like that, something is weird. but he is like that because he's a cop and that's how cops talk at the cop shop.

招瑤
always tells the truth
Post rating: +
nowhere in that article does it clarify, did this take place in kansas city missouri, or kansas city oregon
toyot

toyot
Post rating: ~
shouldn't military action be politically unambiguous, to reveal the organization's politics? could be literally anybody to the DSA's right or left... were all the drug-testing clinics in KC already smoldering, or
cars