would you say that you have not been able to get it out of your head?

The opinions expressed range from Bush-era Clash-of-Civilizations rhetoric to a more limp-wristed insistence that 'immigrant communities' are more susceptible - on account of the language barrier, you see - to the influence of the local soothsayer and only require a correct education. I'd like to say that this is only a cynical maneuver to divide homosexuals from immigrant communities, but wasn't it the homosexual lobbyists themselves who argued for same-sex marriage on the basis that "we" are "behind" the "rest of the world on this issue"?


The same sex marriage campaign was noticeably and consciously white and middle class. Not sure what else to expect from a settler society

I hate to say it, but it looks like Homofascism is rearing it's fabulous head on this here our sunburnt country. It's only a matter of time before an Australian-bred Milo Yiannopoulos

One of the most bizarre transitions I’ve ever seen a politician make. Just watch Australian MP Bob Katter. pic.twitter.com/gqG0fO3lwy

Cuntessa_Markievicz
sOmEwHeRe OvEr ThE rAiNbOw
Post rating: ~
australia is a shitty youtube series that used to be on cable and was cancelled but the production company wont admit that should have ended over 1000 episodes ago but we cant stop watching how fucking surreal it will get
Petrol

Petrol
Post rating: +
Been a while since I've had the energy to comment on the Don Dale stuff but the report came out the other day and this rates a special mention http://www.abc.net.au/news/2017-11-21/nt-royal-commission-girls-in-youth-detention/9174392

Young women and girls in the Northern Territory's youth prisons were inappropriately touched by some male guards and received less access than male detainees to education and hygiene facilities, the royal commission has found.

The commissioners found the treatment of female detainees "did not meet standards" applied for their male counterparts.

"These girls and young women were small minorities in male-dominated environments," the report read.

"They had less access than male detainees to basic amenities, recreation areas and education.

"At times, male youth justice officers showed inappropriately sexualised behaviour towards girls and young women and otherwise behaved towards them in a way that did not meet society's expectations."


I'll leave the details for those who wish to click the link above, in any case, I always said the treatment of kids at Don Dale met the definition of child sexual abuse, unsurprisingly things were worse there for girls

Barnaby Joyce has moved to return a $40,000 cheque handed to him by mining magnate Gina Rinehart on Tuesday night, a cash award described as "very unusual and concerning" by Opposition Leader Bill Shorten.

Mr Joyce took time out from campaigning in the New England byelection to attend an agricultural sector event where Ms Rinehart, a long-time supporter, presented him with the inaugural award and labelled him a "champion of our industry". When handed the novelty oversized cheque, Mr Joyce exclaimed: "Hooley dooley! Rightio." 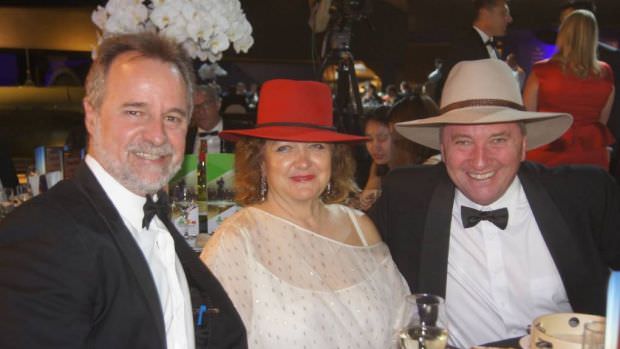 Is the Discourse Collective good and educational or is it like Chapo adjacent heckin woofer doggo socialism stuff?

cars
UNUSUALY COOL
Post rating: ~
why not just listen to it if you're curious, if it's bad it won't poison you
WildStalins 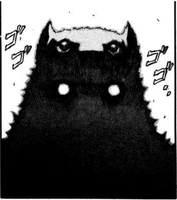 Is the Discourse Collective good and educational or is it like Chapo adjacent heckin woofer doggo socialism stuff?

The American co-host likes to throw in 'jokes' but on the whole it's pretty listenable. I'm 20 minutes deep.

tears
Post rating: ~
congratulations to australia on just owning the shit out of england in sports
chickeon

why not just listen to it if you're curious, if it's bad it won't poison you

Petrol
Post rating: +
I have abandoned several attempts to write a post about the Sam Dastyari scandal because it's too difficult to keep brief. Instead let's talk about the Royal Commission into Institutional Responses to Child Sexual Abuse. the final report was handed down today.

After 57 public hearings spanning five years, 1,300 witness accounts and more than 8,000 harrowing personal stories from survivors, the Royal Commission into Institutional Responses to Child Sexual Abuse was finally wrapped up by the chair, the Honourable Justice Peter McClellan.

"Although the primary responsibility for the sexual abuse of a child lies with the abuser and the institution which they were part, we cannot avoid the conclusion that the problems faced by many people who have been abused are the responsibility of our entire society," he said.

Justice McClellan said 4,000 individual institutions from across the country had been reported to the commission as places where abuse occurred.

More than 2,500 allegations have been reported by the royal commission to police and so far 230 prosecutions have begun.

Police, child protection agencies and the criminal justice system all failed to listen to and protect young people, as well as the churches, orphanages and other groups that had come under the commission's gaze.

"Investigation processes were inadequate, and criminal procedures were inappropriate.

"Some leaders felt their primary responsibility was to protect the institution's reputation and the accused person. Many did not recognise the impact this had on children."

Ah the coded language of responsibility. Far too much credit is given to society for the inability of the justice system to deal with child abuse effectively. There are many other areas of law where things function not necessarily fairly, but exactly how it was designed to. Yet every layer of the criminal justice system acts to derail or discourage action, and other arms of the state (i.e. child protection agencies) actually facilitate abuse.

The commission's tiptoeing around the uncomfortable subject of who exactly is standing in the way of reform, combined with the publishing a book of survivor accounts "too heavy to lift", seems to seek an empathetic response from the wider community as a stepping stone to reform. I look around Straya and I say, good luck,

Chthonic_Goat_666
Post rating: +
last month or so i've been reading old historical stuff... all i need for an australian "Settlers" is around, someone's just gotta put it together...

gibbonstrength did you say you were thinking the same idea?
Chthonic_Goat_666

last month or so i've been reading old historical stuff... all i need for an australian "Settlers" is around, someone's just gotta put it together...

...the overly optimistic goals i have when im drunk lol

Petrol
Post rating: ~
we've all had the thought and frankly if there's a chance of it happening it probably needs to be a group effort of some kind
Petrol

Themselves
Post rating: ~
i, for one, agree the zizek piece probably needs to be a group project by now
Petrol

Petrol
Post rating: +
Take it to DYTD because thats what ill be doing if i have to think about zizek right now
Chthonic_Goat_666

Chthonic_Goat_666
Post rating: ~
cant do a full review atm, but i have almost finished reading "A New Britannia", a 1970 book by Humphrey McQueen and it is excellent. there are limitations (some the author himself points to), most of which could be rectified simply through making the book much longer. if someone were to write an australian Settlers this has already done a good deal of the work and would serve as an excellent blueprint. highest recommendation to all here.
lo

lo
Post rating: ~
ive got a book called 'new guinea empire' which is supposed to be all about australian colonialism in new guinea, however it turns out that much of the book is just primary documents relating to that with fairly sparse notes, which is probably still interesting but isnt quite what i expected when i got it from the library withdrawn sale
Petrol

Tony Abbott believes the arrival of the First Fleet was a good thing for Indigenous Australians.

The former prime minister was throwing his support behind keeping the existing date of Australia Day, in a chat with 2GB's Ray Hadley.

"Australia Day is a wonderful opportunity to celebrate all of the things we've achieved," he said.

"What happened on the 26th of January 1788 was on balance, for everyone - Aboriginal people included - a good thing because it brought Western civilisation to this country, it brought Australia into the modern world.

"All of the things that we know and love about modern Australia are the lineal descendants of the attitudes that came ashore with the First Fleet on that day back in 1788.

"We shouldn't underestimate the contribution that the Aboriginal ethos has made to the wider Australian ethos.

"That easygoing stoicism, that laconic style that so characterises Australians is typical of the spirit that pervades Indigenous Australia."

Petrol
Post rating: +
Sydney was about to be brought to its knees by a long-coming strike by NSW rail workers over the government's refusal to look after them with decent pay and safe working conditions. There is some background here for anyone interested.

After an emergency 5 hour hearing before the so-called Fair Work Commission, the strike has been outlawed, along with an overtime ban that had just been implemented and forced Sydney Trains to switch to a reduced Saturday timetable today and warn people away from peak hour travel. Precisely how overtime, which is theoretically voluntary, can be mandated by the legal system is a mystery, but the upshot is that industrial action of any kind appears to only be legal in Australia as long as it inconveniences no-one and has insignificant impact.

Just before 1.30pm on Thursday, the commission's senior deputy president Jonathan Hamberger ruled that both forms of industrial action "threatens to endanger the welfare of part of the population".

They also threatened "to cause significant damage to the economy of Sydney - the largest and most economically important city in Australia", Mr Hamberger said.


Unexplained at this time are matters including the legality of underpaying and overworking staff who are so vital to the country's economy, and how a man with such a fantastic surname could make such a farcical decision with a straight face.

Petrol
Post rating: +
Just before 1.30pm on Thursday, the commission's senior deputy president Jonathan Hamberger ruled that "you are the air i breath."
Petrol

Petrol
Post rating: +
Leaked documents show the former immigration minister of the current government asked ASIO to delay security assessments of asylum seekers so that they would miss the deadline to be eligible for permanent visas: http://www.abc.net.au/news/2018-01-30/scott-morrison-tried-to-delay-asylum-seekers-visas/9353350

I remember reports around that time about the security delays and it seemed like a deliberate tactic, interesting to see proof come out not that this godforsaken country will give a shit
Cuntessa_Markievicz

Chthonic_Goat_666
Post rating: +
extremely small thing but i've noticed that the ABC use the phrase "Russian opposition leader Alexei Navalny" whenever talking/writing about navalny and/or Russian elections. must be in their style guide or whatever. keep an eye out for it with the upcoming Russian elections