karphead
Post rating: ~
swampman did you ever reach out to grover furr and if so give us the deets
Populares

ilmdge
Online
Post rating: +
i got Fat Tom to say swampman could go on the ycw podcast to talk about stalin... i hope it happens someday 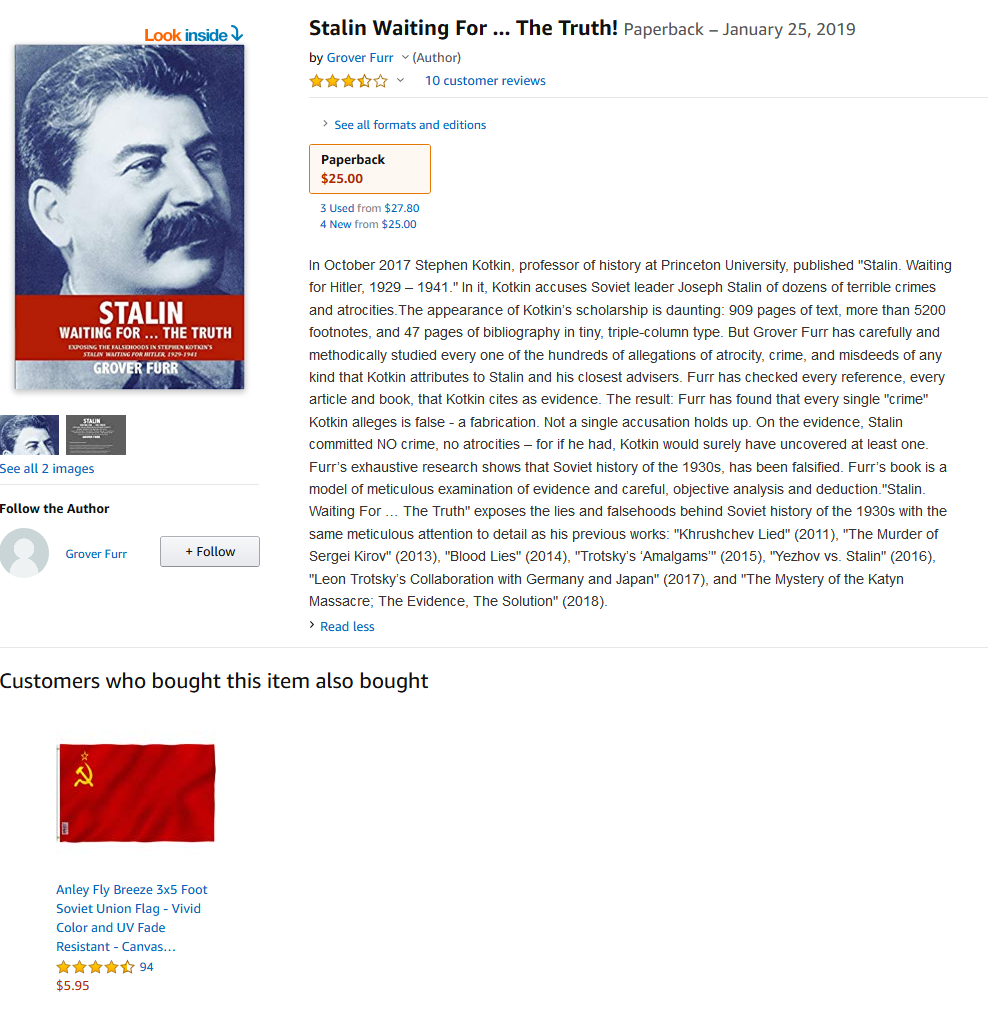 kraphead: hey, did you ever get an email from that guy for doing that like i just did and like what did he say?

cars
UNUSUALY COOL
Post rating: ~
everyone who makes a high-content thread has the second best excuse for not responding to other posters in it Actually, the best one being “I don’t want to”
swampman


I met them... seemed like a nice person. But what i came here today to post was this

Ukraine's government finally admits that it's been faking population figures for years. In December, Kiev estimates there were only 37 million in the country. Down from 52 million when it left the USSR, in 1991. In reality, there are probably even fewer. https://t.co/U239DyxCin

Which idk how its connected to the thread, to the "amerikan holodomor" of the 1930s, to some, other stuff, Idk, getting too senile in the brains tissues for to make sense of it all :,(
Flying_horse_in_saudi_arabia

Flying_horse_in_saudi_arabia
Post rating: +
sounds to me like post-soviet ukraine has engaged in a sustained and deliberate program of genocide through economic means, as required by its capitalist ideology
neckwattle

neckwattle
Post rating: +
i cant believe how many people have died in post-soviet eastern europe vs. how much it's ever talked about by anybody
Populares

cars
UNUSUALY COOL
Post rating: +
Hey someone upvoted an old post in this thread and I think a good self-criticism for me here is that DSA’s imperialist platform wasn’t a reaction to the New Left, as someone here explained to me, the Harringtonoid DSA leadership were always massive Red-baiting tools and supported the U.S. invasion of Vietnam early on. i think some other parts of the post hold up though & I had fun reading that whole page again so thank you for your support.
Flying_horse_in_saudi_arabia

marlax78
Post rating: ~
Harrington supported the war against Vietnam until the Democrats didn't iirc which is even worse
lo

lo
Post rating: +
i looked at grover furr's web site just now because i wanted to see if he had had written anything about the late stalin period and the campaign against 'cosmopolitanism' that liberals say was anti semitic. i didn't really find anything but it turns out that grover has been exchanging polemics with a trot from the magazine 'Historical Materialism':

My Reply to Reviews of Two of my Books by Jean-Jacques Marie in Historical Materialism.

In December, 2021, Historical Materialism (HM), a British journal, published reviews of two of my books by Jean-Jacques Marie. Marie is the most prominent Trotskyist academic in the world today. (Marie’s review of Yezhov vs Stalin (YS) ; of Khrushchev Lied (KL)

Both of Marie’s reviews are full of crude personal insults and attempts at sarcasm. They are also full of shocking errors.

HM, a journal open to social-democrats and Trotskyists, participates in what I have termed the Anti-Stalin Paradigm – meaning, that they will publish nothing except negative statements about Stalin, regardless of the evidence. I assumed that they would reject my reply to Marie, and they did.

Here, then, is my reply to Marie’s incompetent and ignorant reviews. I welcome comments and criticisms.

i also hadn't realised that furr and losurdo had corresponded about stalin before losurdo's death, it's quite interesting to read: http://domenicolosurdo.blogspot.com/2013/01/lo-storico-statunitense-grover-furr.html

karphead
Post rating: +
The new GF book is included in the current version of the Collected Works which is now located here: http://www.readmarxeveryday.org/bloodlies/xtras/GROVERFURR_COLLECTEDWORKS_June2022.zip