Started a reading group and joined a different one in the same day. Spreading Mao to the people in my immediate vicinity. We discussed "On Practice" for our first meeting and a SAlt Trotskyist said "I wanted to disagree with Mao but he keeps being right". More importantly, some previously politically uninvolved people are interested and excited to engage with these ideas. I lent my copy of Settlers to one guy after the meeting. In the other group, some people have begun to change their mind about the Syrian situation after a discussion about the American role there and the YPG's previous collaboration.
For me, it's really nice to finally have places to actively discuss and promote communism irl and it's really great to see such a warm reception for these ideas.

hell yea brother. can you offer any general advice on how to get a circle started? i'm in a new spot as of 6mo ago, i've searched and asked around, but have had zero luck finding an existing circle. that's a good first reading too i might (fingers crossed soon) borrow that.


I'm not sure how helpful I can be with finding a group because I'm a student and I've been at this school for 3 years now, so I have the advantage of an environment with some native interest in left and non-mainstream ideas already, plus I've made a good amount of contacts and a basic level of recognition as someone with a political opinion. What I did was made a facebook post about how class and anti-imperialism are missing from the campus discussions and the work that otherwise great organizations are doing, with an invitation to contact me for a reading group at the end for people who are interested in what I said. However, more than half of the people who responded aren't very politically aware or active, nor do they know me very well, so unfamiliarity might not be a big issue. Recently, a stranger who recognized me from a completely unrelated event bumped into me and now he's in the group as well.
So I think the bottom line is to just meet as many people as possible who might possibly want to read something interesting, then ask them all at once.

I think "On Practice" was a good first reading, but I think I maybe underestimated its complexity, since I didn't read it until after I've already been on this website for a few years. One person who was new to this said they were pretty confused by it. It felt dense to them, but they did only read it once, quickly. Another person who was entirely new to it all understood it with barely any problems. The SAlt guy mostly understood it, and after discussing the points where he disagreed he said he understood it better. If you read it, I recommend getting to know a bit about everyone's interests beforehand, because comparing dialectical processes in those fields to the dialectics of "On Practice" is very helpful. For example, the person who said they found it a bit confusing studies environmental and ecological issues, so I compared the two stages of cognition to stages of ecological succession, which they said helped their thought process.

Anyway, the biggest issue is now setting up a second meeting around everyone's busy schedules. If you have any tips on that please let me know.

Synergy
Post rating: +
the other day at work somebody started talking about their astrology sign and before i could laugh a bunch of other people joined in with stuff like "she's a libra, that's why she acts that way." "i'm a leo, and it sucks, i wish i could change" "you can't trust scorpios, believe me" etc.

i kept awkwardly waiting for the inside joke to drop so i could laugh, but it never came

Sunday
Post rating: +++++
yeah its pretty silly, i am just glad that being a Capricorn i can see through it
aerdil

aerdil
Post rating: ~
yeah everyone knows its fake but if you don't entertain astrology that makes you an incel, sorry dont make the rules but thems the breaks
aerdil

toyot
Post rating: ~
tell em your sign's the biggest constellation there is, the big dipper himself

tell em your sign's the biggest constellation there is, the big dipper himself

toyot
Post rating: ~
well are you including the stars around it too? i'm talking the BIG dipper
trakfactri

trakfactri
Post rating: +
my astrology sign says i'm a visionary who looks out for people, and a real problem solver too who also happens to be really smart, if a bit eccentric, but you all knew that already. pretty cool if you ask me. man, this astrology thing is great
招瑤

招瑤
lies half the time
Post rating: ~
my astrology sign is a big fuckin sea monster thats pissed that some dumb bear is more significant to some people than fucjoff huge sea monster asterisms
trakfactri

What's a goon to a goblin
Populares

Populares
Post rating: ~
I'm waiting to die and it's taking too long! and i can't drink.
招瑤

I'm waiting to die and it's taking too long! and i can't drink.


Can't drink? Alcohol vapors can be produced by heating up alcohol or pouring it over dry ice. Alcohol can be absorbed into your bloodstream by inhaling alcohol vapors. People who inhale alcohol vapors get drunk very quickly, because the alcohol goes straight to the brain. Also, heated alcohol vapor can injure the lungs.

Populares
Post rating: ~
I'm not that desperate to die of liver failure. But those are good ideas. I'm playing diablo 2 for the first time no spoilers please.
shriekingviolet

I'm playing diablo 2 for the first time no spoilers please.


Look I'm jokingly advocating for self harm here and I still think this is too fucking dark, do you need someone to talk to

tears
Post rating: ~
thats cool, not as cool as a sorc though
aerdil

I'm not that desperate to die of liver failure. But those are good ideas. I'm playing diablo 2 for the first time no spoilers please.


One bit of advice - when you see tiny pictures of skeletons, click your left mouse button thosuands of times!!

liceo
Post rating: +
have to write a massive essay. my strategy is 0.5 hour of essay writing is rewarded with 3 cigarettes, bottle of diet coke and 2 uninterrupted hours of nethack. its going good
pogfan1996

The question of identity has changed from being something you are born with to a task: you have to create your own community. But communities aren’t created, and you either have one or you don’t. What the social networks can create is a substitute. The difference between a community and a network is that you belong to a community, but a network belongs to you. You feel in control. You can add friends if you wish, you can delete them if you wish. You are in control of the important people to whom you relate. People feel a little better as a result, because loneliness, abandonment, is the great fear in our individualist age.

I see a lot of different non-communist groups shifting from a community-based theoretical position to a network-based theoretical position, the goal isn't to bring together people based on a common innate identity but explicitly appealing to the allure of the positive feedback loop of a network. especially within single issue/stance activism this is a really powerful trend because a lot of the organizing lacks the materialist foundations of a marxist worldview


i also don't find network-identity as a strong or tenable manner to organize. e.g. see "critical neuroscience" edited by Slaby and Chourdhurry, specifically one of the papers by hartmann in the book called "against first nature". in it, hartmann attributes network thinking as a result of "flexible capitalism" originally put forward by Malabou. hartmann writes,

What then is the social situation into which neuroscience carries its message about the network brain? Malabou mentions the parallel between models of contemporary "new" and flexible capitalism, which frequently use the network metaphor and refer also to the decentered non-hierarchical structure of the firm and the network model of the brain. The basic imperative of this new capitalism is flexibility which means that only those economic agents are valued who are willing to adapt quickly to new circumstances, resist settling permanently, create networks of contacts that allow them to move from one place to another with minimal friction, and who, if higher up in the seemingly non-existent hierarchy, do not rely on vertical commands but on the willingness of network co-workers to accept responsibilities on a voluntary and self-organized basis

To be sure, management advice literature frequently makes use of "neuronal" metaphors and freely assimilates elements of scientific discourse for its own ends. ... Consider the norm of flexibility as just sketched where to be flexible seems to presuppose an activity of the agent who is the center of all his movements, self-responsible, individualized, and unsettled. But underneath this activistic image of human behavior lies, of course, the norm of adaptation to ever-changing circumstances. If the agent is really flexible he or she will be able to detect situational requirements and adapt his or her behavior immediately to the new circumstances of action. The agent is thus not truly as free as he or she is more or less forced to be flexible and this inevitably tinges the agent's perspective with a rather large measure of passivitty

cars
UNUSUALY COOL
Post rating: ~
^ this stuff is why I led the replies on "International Red Hayekism" with a debbie downer, because Hayek was a pioneer of "network approaches", which are the theological foundation of the contemporary idolatry of capitalism. Thomas Frank of all people used to write quality stuff about this too until he became obsessed with "saving" the United States Democratic Party from its owners and proprietors
drwhat

drwhat
mt.real
Post rating: +
yeah i think the term is misappropriated. a functional network in a community forms a safety net, something that is present whether or not you tend to it (or even whether or not you like it that much), like a family. on the contrary, a modern capitalist conception of a network is a lot more like a tv network or a shopping mall, lots of things you can choose to consume, you can interact with it and make your presence briefly known if you transact with other nodes, but it has no lasting existence or inherent meaning or value. slotting yourself into these tv networks just means conforming to a particular consumer identity in the capital-shaped context, discarding your other identities and roots, being a free agent bouncing around a world of consumption. they are two diametrically opposite conceptions of network.
cars

cars
UNUSUALY COOL
Post rating: ~
they’re not empirically sound descriptions either, you’ll see a lot of the sloppiest fake shit, cut-offs to the nth degree that are gamed to support shaky hypotheses, I saw that over and over when I was researching this stuff. imo it’s mostly circular reasoning and mysticism dressed up analysis to support the idea that 1) the current order emerges spontaneously and 2) the results of the current order cannot be judged morally because spontaneous emergence maximizes freedom. And again, you can see where these ideas came from before people started talking about “networks”
belgend

belgend
Post rating: +
hello fams ive been gone for a while but i might be becoming a cadre???
filler 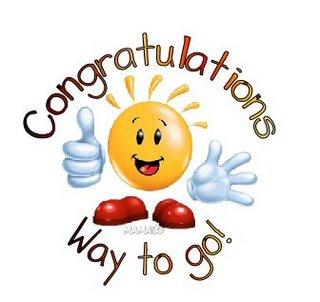 hello fams ive been gone for a while but i might be becoming a cadre???


good stuff, which org. i need to know whether to send you a pig head or a congratulations

hello fams ive been gone for a while but i might be becoming a cadre???


Welcome to the republican party.


hello fams ive been gone for a while but i might be becoming a cadre???


good stuff, which org. i need to know whether to send you a pig head or a congratulations