gyrofry
Kurdt
Post rating: +
i don't even own a television
cars

Panopticon
Post rating: +
excuse me, is this the welp thread ? its just i have thirty kilos of welp out here and i need someone to sign for them
Barbarossa

excuse me, is this the welp thread ? its just i have thirty kilos of welp out here and i need someone to sign for them

this reminds me the rhizzone really needs a loading dock.

swampman
Dont Mess With Sucess
Post rating: ~
what city and neighborhood should tHE r H i z z o n E storefront be in?
cars cars
UNUSUALY COOL
Post rating: ~
i considered listing every city i found attached to anon IPs that had made certain edits to wikipedia but i realized it would be cruel to scare so many people here like that, even as a "white hat".
gyrofry

swampman
Dont Mess With Sucess
Post rating: ~
I thought it would be pretty a good look for us to rent a little shop on, like, the Boulevard du General de Gaulle in Djibouti.
Red_Canadian

what can u buy at the rhizzone store... caca

swampman
Dont Mess With Sucess
Post rating: +
i'm going to open a screen door factory on the surface of the moon
AmericanNazbro

“The leadership of the FSA is American,” says the veteran officer, who defected from the Syrian army two years ago and won respect for leading rebel forces in southern Syria. “The Americans are completely marginalizing the military staff. Not even non-lethal aid comes through this office.”

US wary over hitting Syrian militants (or aiding FSA)

All those millions of small arms and munition sent to Syrian "moderates" but it's not the FSA; wonder who it co—

The U.S. has also taken part in clandestine operations aimed at Iran and its ally Syria. A by-product of these activities has been the bolstering of Sunni extremist groups that espouse a militant vision of Islam and are hostile to America and sympathetic to Al Qaeda.

I liked this quote tho:

President Barack Obama received the opposition leadership in May, and renewed his commitment to the removal of Syrian President Bashar Assad. But in an interview last month, he disparaged the fighters as “doctors, farmers, pharmacists, and so forth” and said it was a “fantasy” that they could overthrow Assad.

*wraps you in blanket and gives you cocoa*


It's good to have a place where rational and logical discussions aren't immediately harangued or dismissed when attempting to find a solution to the jewish problem.
Flying_horse_in_saudi_arabia Barbarossa
Post rating: ~
haha FF7 was so good, I totally forgot about the snowboard game. the submarine game was my favorite tbh.

this question got answered today. now i know a lot of people here are doubtful that washington and damascus are the two equal poles of power in the world, but the Washington Institute for Near East Policy has proven the case. you might think that assad would oppose an armed group that's destroyed half his country and has as its goal his overthrow and assassination, but it turns out he is allowing ISIS to exist, to make anyone else who wants to assassinate him and destroy the Syrian government look bad.

the Washington Institute for Near East Policy is a non-partisan group and one of the most quoted sources on NPR and MSNBC right now, and they're in favor of the moderate "three-state solution" where Palestine gets divided up between Jordan and Egypt, so i'm pretty sure they're legit even though they were literally founded by AIPAC. there's our answer, close thread

^ posted three weeks ago. you know what to do. 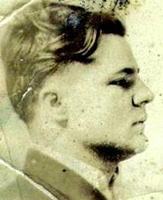