ilmdge
Online
Post rating: +
some d&d poster was like "this makes me think much more highly of yulia tymoshenko"
Panopticon

Panopticon
Post rating: ~
isn't wiping out humanity the official line of the rhizzone central committee, surely we should applaud this baby step towards that goal

Crow
Post rating: +
No thats gbs, a land which i can only some day return to
FAILAIDS 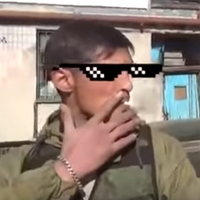 Superabound
Not Your S.H.I.E.L.D.
Post rating: -
I used to think that Barack Obama was Black George Bush. but it turns out the whole time he was actually Nigger Reagan

haha does the onion do this every time america doesnt rattle sabres hard enough now?

Thanks For Letting Me Harbor Al Qaeda And WMDs
COMMENTARY • Opinion • Mar 25, 2003
By Saddam Hussein
Chthonic_Goat_666

Superabound
Not Your S.H.I.E.L.D.
Post rating: +
Russia Has A Right To Exist
Tokyo_Sexwale

Tokyo_Sexwale
Post rating: +++++
Looking at the reactions to the Crimea thing here in Romania, most people don't care much but it's interesting how those that care are gravitating towards 2 opposite yet pretty similar camps:

First off there's the anti-russians; Romania did have a strong anti-russian/slavic ideology, starting (like in the rest of europe) in the nationalist awakening of the 19th century up until WW2, and then during the rule of Ceausescu. This was your typical Latin Superiority over those savage slavs shit, complete with a cult for the Roman Empire and with seeing western Latin countries (namely France) as models that must be copied in every way (almost 40% of romanian vocabulary is of french origin, and it all happened in the last 150years).
But then after the fall of Ceausescu, there was a push to go against everything he stood for, including nationalism so his Romanian Superiority shtick was wholly rejected and for a while replaced with the opposite. There is still a cult for the Romans, with statues of Romulus, Remus and the dog being put up all across Romania, children are still being named after Roman emperors and so on but otherwise this Latin nationalism has turned into just listening to reggaeton, wearing Soy Latino t-shirts and viewing Mexico, Cuba etc as brothers (many romanians consider themselves latinos, it's pretty funny).
So from 1989 up until now nobody cared about Russia anymore and I thought the old attitudes towards them had died out; but now after the Crimea crisis they seem to re-surface, complete with bringing back old stereotypes like "they're savages who can only be ruled with an iron fist" and so on.

Then there's the other side, the pro-russians, who are fewer and who I've only seen on comments sections on the internet and a few blogs. This bunch is more about being anti-western than just pro-russian, and just like with most of those who are anti-western here in eastern europe, their ideology is simple: the west promotes homosexuality, atheism, and feminism, plus they're ruled by the jews, so we must follow the model of Russia which is a strong, independent, jew-free orthodox nation where homosexuals are killed, "women are still women", and so on.

I guess I am a little worried these events could stir up more right wing sentiment among the general population from both of those groups I've mentioned, but thankfully they have an uphill climb as the right wing is really weak here; the ultra-nationalist PRM party hasn't managed to enter parliament in the last 2 elections and now they don't even get 1% of the vote, while our one neo-nazi group Noua Dreapta can barely get a few dozen people at their anti-gay and anti-hungarian rallies. And since both PRM and Noua Dreapta are defined by their hatred of hungarians, I don't see how they could take advantage of Russia vs. Ukraine, as that doesn't have anything to do with Hungary. Unless if the russians somehow attack Moldova next? Now romanians couldn't care less about Ukraine, but with Moldova it's a completely different issue and I can't even imagine what it would be like here if they get attacked.

Well, this was my romanian analysis, hope u enjoy, ciao

Superabound
Not Your S.H.I.E.L.D.
Post rating: +++++
The right wing is really weak here. Most of our openly Fascist major political parties and Neo-Nazi groups dont even get all that many votes.
Tokyo_Sexwale

Tokyo_Sexwale
Post rating: ~
Compared to Hungary, Bulgaria, Ukraine, Russia, Greece, etc they are really weak, and PRM is in no shape or form a "major" political party anymore, they're completely irrelevant and there's nobody to take their place. ciao
gyrofry

c_man
Post rating: ~
someone was arguing here a while ago that the conservative right in the usa was dying and that it would be gone in a few decades
gyrofry

if u dont believ eme, heres what american peace corps has to say

Hispanic American Volunteers may encounter preferential treatment from some Romanians, many of whom are very proud of, and even defensive about, their Latin origins and view Hispanic Americans as kin. 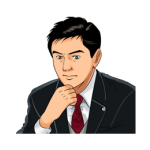 it will be, conservatism is ultimately a sympathetic, if dumb ideology, and closer to communism in terms of ontology than liberalism is (it basically recognizes classes, it just actively calls for a new master figure to manage them rather than trying to abolish them). what was called neoconservatism in the US (nobody uses that term anymore, right?) was neoliberalism with conservative aesthetics, just as obama is neoliberalism with liberal aesthetics

at some point in the near future you will get a horrible bonapartist president who will unite the democratic and republican parties - probably not in name but at least in practice, by finding some kind of broad agreement among the ruling class and implementing it. itll probably have gay rights, legal weed and what have you but at the same time it will uphold the order you are familiar with, only more strongly. itll probably be a libertarian, since american libertarianism is basically your version of bonapartism, in that it makes a kind of appeal to national common sense and "transcends" the two party system by identifying the bourgeois class' essential interests and promoting them without the liberal and conservative aesthetics of the two parties you have now.

MindMaster
Post rating: +
itll probably be rand paul, or someone similar, and his campaign will have a southparkified image of him standing behind a desk with a frown and a raised eyebrow
c_man

c_man
Post rating: ~
everyone who thinks conservatism is dying will be really surprised when justine tunney runs for office on the free market/government surveillance ticket

if u dont believ eme, heres what american peace corps has to say

Hispanic American Volunteers may encounter preferential treatment from some Romanians, many of whom are very proud of, and even defensive about, their Latin origins and view Hispanic Americans as kin. aerdil
Post rating: +
i await the day when we'll all be either libertarians or welfare liberals here in the ol' us of a, it'll sure be a change
c_man

Lykourgos
Post rating: +
putin owns pretty hard. he has a great career background, too. putin owns, sucks he has to run for election but he clearly owns so hard that he always wins
c_man

i hope its me the right wing here is really weak, in the usa

RIGHT WING IS GAME TO YOU??? 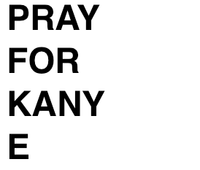