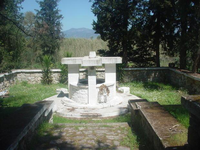 Bolsonaro had promised to take Moro onto the pitch at Sunday’s final of the Copa América to test his popularity.

But though Brazil won the final, beating Peru 3-1, Moro watched from the stands as Bolsonaro descended to the pitch to present medals without him, facing loud boos as well as cheers.

A Datafolha poll published Monday showed 33% thought Bolsonaro was doing a “great or good” job and 33% “bad or terrible”, making him the least popular new president since 1990.

“Moro was always seen as untouchable,” said Rafael Cortez, a political scientist and partner at São Paulo consulting outfit Tendências. Now, Cortez said, he and the Car Wash prosecutors “have become hostages to the next leaks”