cars
UNUSUALY COOL
Post rating: ~
Criterion added the first, best Godzilla movie to their collection years ago. As their 1000th release ever, they're re-releasing as part of a set with all the other Godzilla movies up to 1972, and all those other movies are bad and I'm angry online about it.
lo

Criterion added the first, best Godzilla movie to their collection years ago. As their 1000th release ever, they're re-releasing as part of a set with all the other Godzilla movies up to 1972, and all those other movies are bad and I'm angry online about it.

Flying_horse_in_saudi_arabia
Post rating: ~
I'm going to strongarm santa into getting me the criterion godzilla box set for xmas because i am a god damn bougie piece of shit who will put it on a shelf next to my physical copies of the twin peaks box sets and shin godzilla and occasionally look at the shelf and nod in quiet approval
kinch

kinch
Post rating: +
my parents had the twin peaks vhs set and it scared the shit out of me! 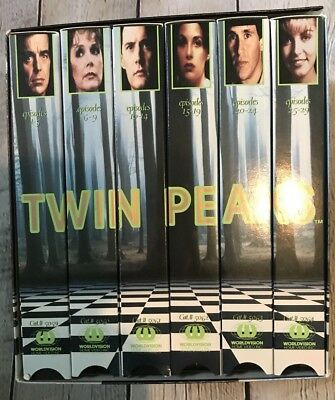 kinch
Post rating: ~
been thinkin about to many big boxsets
lo

it doesn't and now I'm even angrier!!


i think it's really wild and psychedelic and bizarre, but i respect your staunch godzilla originalism.

cars
UNUSUALY COOL
Post rating: ~
someone go see the Tarantino and write a front page article on da big Tarantino!! I won't do this but I'll be your posting pal... probably even if you don't

someone go see the Tarantino and write a front page article on da big Tarantino!!

cars
UNUSUALY COOL
Post rating: ~
They had patton oswalt on BotW. im in a state of "radical doubt" at the moment
cars

cars
UNUSUALY COOL
Post rating: ~
if tpaine weren't dead that alone would have killed him. just splattered his gigantic Secretariat heart against the front wall of his hot-chicken-filled torso
Flying_horse_in_saudi_arabia

They had patton oswalt on BotW.


I played with Japanese audio so I missed this. I'm guessing he was a Goron?

cars
UNUSUALY COOL
Post rating: +
well played... but next time you may not be so lucky....
cars


a bunch of cops and business owners cry and whine as their beautiful city is over taken by the unsightly homeless people. as expected, instead of providing housing, food, mental health services and training opportunities the solution is sending everyone to prison.
Populares

zhaoyao
lies half the time
Post rating: +
that's unfair populares. some of those cops and business owners could probably be redeemed if given the chance. i doubt amerikan prison will do much for them
toutvabien

it was a rough watch for a few reasons but there's a really fun part where BLM organizers curse him out and the next shot is him going back all depressed to his garage full of collected klan memorabilia, all but playing the "Christmas Time is Here" instrumental they do on arrested development
trakfactri

In 2004, Davis appeared at another hearing to testify on behalf of another hardline racial extremist—Chester Doles, the longtime Georgia unit leader for the National Alliance, which was for many years America’s most important neo-Nazi group. The group’s founding document calls for doing “whatever is necessary” to achieve “a White living space” through “the racial cleansing of the land.” “Ultimately,” Alliance founder William Pierce wrote elsewhere, “we will win the war only by killing our enemies.”

Doles was a former Klan leader who in 1993 had been sentenced to seven years in prison for attacking an interracial couple in Elkton, Maryland. Four years later, he pleaded guilty to burglary and was given probation. He has a swastika tattooed on one hand. The 2004 case in which Davis testified for Doles was the result of an FBI raid on Doles’ Georgia home that produced six charges of illegal weapons possession. A convicted felon, Doles was prohibited from owning firearms.

“Chester and I are true friends,” Davis told the judge. He said he’d interviewed Doles for his 1997 book, Klan-destine Relationships: A Black Man’s Odyssey in the Ku Klux Klan, and believed he posed no threat to society. Still, Doles pleaded guilty, and was sentenced to almost six years in prison.

Chester Doles, a longtime neo-Nazi and “fourth-generation” Klansman, is organizing a pro-Trump rally in downtown Dahlonega, Georgia, scheduled to take place on the afternoon of Saturday, September 14. The Dahlonega rally is an attempt by Doles to draw pro-Trump rightists closer to his own neo-Nazi politics, seemingly with some success. The planned rally is also promoted on Stormfront, a white supremacist website which has been linked to almost a hundred murders.

Dahlonega is a small city in north Georgia, approximately an hour and a half northeast from Atlanta and home to the University of North Georgia. In 2017, Dahlonega made headlines when a Ku Klux Klan sign was prominently displayed on a building in the downtown area – an attempt by an angry property owner to embarrass the city. Chester Doles – who lives in Dahlonega and has a past as a real Klan leader – was seemingly in on the 2017 stunt.

Doles has a long history in the white supremacist movement. While in Maryland, Doles led a Klan group. After serving prison time for assaulting a Black man (followed by a burglary conviction for which he got probation), Doles moved to Georgia, where he led the Georgia unit of the National Alliance, which was once the foremost neo-Nazi organization in the United States. In 2003, Doles was arrested for being a felon in possession of firearms. Doles eventually pled guilty and was released in 2008. More recently, Doles organized with Crew 38, which is the supporter group of the violent Hammerskin Nation racist gang. Doles gave a speech at the Hammerskin Nations’ 2016 national gathering at a Klan bar outside Atlanta.

i like to put on seasons 1-7 on shuffle in the background when i'm doing work on the compy... hearing a "fuck off bo-bandy" at random always makes me laugh

serafiym
Post rating: ~
i watched the entire first season of carnival row. its good. does the whole "realistic" and "high stakes" parts better than a lot of recent fantasy media, esp the one movie with Will Smith and a Uruk-Hai police officer.
cars