cars
UNUSUALY COOL
Post rating: +
Heavily armed gunmen stormed Libya's parliament with anti-aircraft weapons on Sunday in an assault claimed by forces loyal to a renegade ex-general who has vowed to purge the country of Islamist militants.

In a confusing, chaotic attack, heavy smoke rose from the parliament building in Tripoli as gunmen clashed with guards. A Reuters reporter said the attackers raided and left, and other unknown gunmen later closed off nearby streets.

Another witness said attackers had kidnapped two people and heavy gunfire could be heard across other parts of Tripoli, where rival brigades of former rebels have often clashed since ending their 2011 war against Muammar Gaddafi.

Details of who carried out the parliament attack were unclear, but a spokesman for retired Libyan general Khalifa Haftar said his forces had carried out the assault as part of his campaign to rid Libya of Islamist militants.

"These are members of the Libyan National Army," Mohamed al-Hejazi, spokesman for the group said, using the name of the irregular forces loyal to Haftar.

Haftar, a former rebel in the war against Gaddafi, had already sent his fighters into Benghazi on Friday against Islamist militants based there, claiming Libya's government had failed to halt violence in the eastern city.

At least 40 people were killed in those clashes, which involved some air force helicopters.

On Saturday, parliamentary speaker and military commander-in-chief Nuri Abu Sahmain accused Haftar of trying to stage a coup. Several reports said Sahmain had been kidnapped after Sunday's attack, but he denied that.

After entering the United States in the 1990s, Haftar took up residence in Vienna, Virginia, five miles outside of Langley, Virginia.

cars
UNUSUALY COOL
Post rating: +
haftar was also in charge of the Libyan invasion of the Aouzou Strip. which is where the Uranium is. that France needs to power its large and still growing number of nuclear reactors. the strip is just south of Libya's borders, in Chad, whose government depended on support from Gaddafi and is run by a graduate of Gaddafi's school for African leaders. Marxists have not done a lot of material analysis here.
littlegreenpills

ilmdge
Online
Post rating: +
Im so bad about Libya. This is not ironic. This is the least ironic post Ive ever made. Im so mad about Libya and Qaddafi.
cars

nobody's ever dug any irl uranium out of the aouzou strip

I think the risk is worth it to the people who want it. Its not like that's the only reason Gaddafi was killed anyway.

cars
UNUSUALY COOL
Post rating: +
going to continue to bump this thread as CIA asset violently haftar seizes the country. i dont care if its just my cracker ass uranium theories i will not let this forum suffer the shame of this thread dropping off the front page.
cars

cars
UNUSUALY COOL
Post rating: ~
dongs told me to bump this thread and page Superabound to it.
jeffery

dongs told me to bump this thread and page Superabound to it.

The Dongs has spoken

"violently haftar" would be a good username

Several people have been injured as opponents and supporters of a renegade ex-general clashed in the Libyan capital, Tripoli.

Witnesses told Al Jazeera that Friday's skirmishes in Martyrs' Square started with verbal insults and protesters throwing water bottles and sticks at each other.

After a tense stand-off, gunshots were heard, and protesters started running.

It was not clear who had opened fire and no one was injured by the shooting.

On May 16, Haftar launched an offensive in Libya's second city, Benghazi, aimed at eradicating militias that he called "terrorists". Fighting has since escalated and Libya has become increasingly divided.

this thread goes on the front page because socialists discuss Libya.


what. go ahead and just say it. i know you want to. fucking say it.

Crow
Post rating: +
just kinda a weird mental image. said in front of the CIA tv man, too. Kinda weird, but hey, this *IS* hollywood!
HenryKrinkle

HenryKrinkle
hi
Post rating: ~
i wouldn't go as far as calling al-jazeera "CIA tv." qatar has it's own agenda despite colluding w/ the US a lot.
Superabound

dongs told me to bump this thread and page Superabound to it.

i wouldn't go as far as calling al-jazeera "CIA tv." qatar has it's own agenda despite colluding w/ the US a lot.

I actually did go as far as calling al-jazeera that. Nice 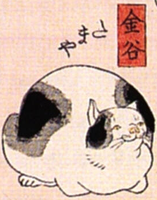 Squalid
D.C.
Post rating: +
it almost feels like I'm watching a rerun of Somalia in 2005-06, like I guess its possible the CIA learned something from that disaster but for some reason I'm disinclined to extend the benefit of the doubt
dank_xiaopeng

dank_xiaopeng
Marxsplainer
Post rating: ~
its like they forgot the "therapy" part of the shock therapy destabilization-privatization scheme
Crow

why would it "inevitably sweep the CIA stooges out"?

chickeon
chickeon
Post rating: ~
Never mind inevitably it just isn't gonna happen imo. Also I'm pretty sure they're working on Lebanon atm, although something in Algeria isn't out of the question.
Barbarossa

Barbarossa
Post rating: +
I went and had a beer at a local bar and there was an American military guy there and he was venting about how shitty it was to train rebels to fight in Syria. He didn't trust them to not shoot him or a member of his team during training procedures so he would just withdraw his (American) forces at the beginning of every mock engagement. Of course this isn't about Libya, but it's close! Also I'm pretty sure they're working on Lebanon atm,

Never mind inevitably it just isn't gonna happen imo. Also I'm pretty sure they're working on Lebanon atm, although something in Algeria isn't out of the question.

funny how thats a thing all of a sudden

A Moroccan press report indicated on 13 August that Morocco's air force was on high alert following the theft of several aircraft in Libya that could be used within the region for jihadist attacks in the style of the September 2001 terrorist attacks on the United States.

There have been various reports in Tunisian and Algerian press in recent weeks regarding this same risk. On 6 August, Algerian news site al-Fajr claimed 11 aircraft had been taken from Tripoli International Airport during recent fighting between militias there... However, a spokesman for Libya's transport ministry has said that no aircraft are missing...

...even in the unlikely event jihadists had managed to steal aircraft, recruit trained pilots willing to undertake suicide attacks, and secure enough fuel, they would still need to transport the jets to other paved runways large enough to facilitate take-off (for instance remote airstrips or old airbases)...

All this means that the threat of an 11 September 2001-style attack is probably not credible.


Its good to know that when it comes to the real serious stuff in times of heightened tension, we can rely on USA Today to rely on the Washington Free Beacon and Huffpo to keep We The People informed