Flying_horse_in_saudi_arabia
Post rating: +
I love to piss and shit.
tears

ground floor in a legendary bread

an aide off-camera: "no sir!! remember your campaign promises!!!"

i don't remember your campaign promises

tears
Post rating: +
THE LINE at #NEOM​ will transform daily life creating digital sustainability with its own Digital Air
cars

cars
UNUSUALY COOL
Post rating: ~
Here's the thing. You said a "wyvern is a dragon." Is it in the same family? Yes. No one's arguing that. As someone who is a 1k MMR feeder who studies dragons, I am telling you, specifically, in dota, no one calls wyverns dragons. If you want to be "specific" like you said, then you shouldn't either. They're not the same thing. If you're saying "dragon family" you're referring to the taxonomic grouping of Varanidae, which includes things from wyverns to eldwurms to drakes. So your reasoning for calling a wyvern a dragon is because random people "call the flying lizards dragons?" Let's get gyarados and charizards in there, then, too. Also, calling someone a noob or a feeder? It's not one or the other, that's not how taxonomy works. They're both. A wyvern is a wyvern and a member of the dragon family. But that's not what you said. You said a wyvern is a dragon, which is not true unless you're okay with calling all members of the dragon family dragons, which means you'd call eldwurms, drakes, and other flying lizards dragons, too. Which you said you don't. It's okay to just admit you're wrong, you know?
cars

tears
Post rating: +
Why sholde I noght as wel eek telle yow al
The portreiture that was upon the wal
Withinne the temple of myghty Mars the rede?
Al peynted was the wal, in lengthe and brede,
Lyk to the estres of the grisly place
That highte the grete temple of Mars in Trace,
In thilke colde, frosty regioun
Ther as Mars hath his sovereyn mansioun.
First on the wal was peynted a forest,
In which ther dwelleth neither man ne best,
With knotty, knarry, bareyne trees olde,
Of stubbes sharpe and hidouse to biholde,
In which ther ran a rumbel in a swough,
As though a storm sholde bresten every bough.
And dounward from an hille, under a bente,
Ther stood the temple of Mars armypotente,
Wroght al of burned steel, of which the entree
Was long and streit, and gastly for to se.
And therout came a rage and swich a veze
That it made al the gate for to rese.
The northren lyght in at the dores shoon,
For wyndowe on the wal ne was ther noon,
Thurgh which men myghten any light discerne.
The dore was al of adamant eterne,
Yclenched overthwart and endelong
With iren tough; and for to make it strong,
Every pyler, the temple to sustene,
Was tonne-greet, of iren bright and shene.
Ther saugh I first the derke ymaginyng
Of Felonye, and al the compassyng;
The crueel Ire, reed as any gleede;
The pykepurs, and eek the pale Drede;
The smylere with the knyf under the cloke;
The shepne brennynge with the blake smoke;
The tresoun of the mordrynge in the bedde;
The open werre, with woundes al bibledde;
Contek, with blody knyf and sharp manace.
Al ful of chirkyng was that sory place.
The sleere of hymself yet saugh I ther --
His herte-blood hath bathed al his heer --
The nayl ydryven in the shode anyght;
The colde deeth, with mouth gapyng upright.
Amyddes of the temple sat Meschaunce,
With disconfort and sory contenaunce.
Yet saugh I Woodnesse, laughynge in his rage,
Armed Compleint, Outhees, and fiers Outrage;
The careyne in the busk, with throte ycorve;
A thousand slayn, and nat of qualm ystorve;
The tiraunt, with the pray by force yraft;
The toun destroyed, ther was no thyng laft.
Yet saugh I brent the shippes hoppesteres;
The hunte strangled with the wilde beres;
The sowe freten the child right in the cradel;
The cook yscalded, for al his longe ladel.
Noght was foryeten by the infortune of Marte.
The cartere overryden with his carte --
Under the wheel ful lowe he lay adoun.
Ther were also, of Martes divisioun,
The barbour, and the bocher, and the smyth,
That forgeth sharpe swerdes on his styth.
And al above, depeynted in a tour,
Saugh I Conquest, sittynge in greet honour,
With the sharpe swerd over his heed
Hangynge by a soutil twynes threed.
cars

cars
UNUSUALY COOL
Post rating: +
getfiscal's, tpaine's and Goatstein's accounts were just de-banned, with public fanfare, on the old mother forums site. No further reporting will be permitted on this breaking news story in the world of Posting.
cars 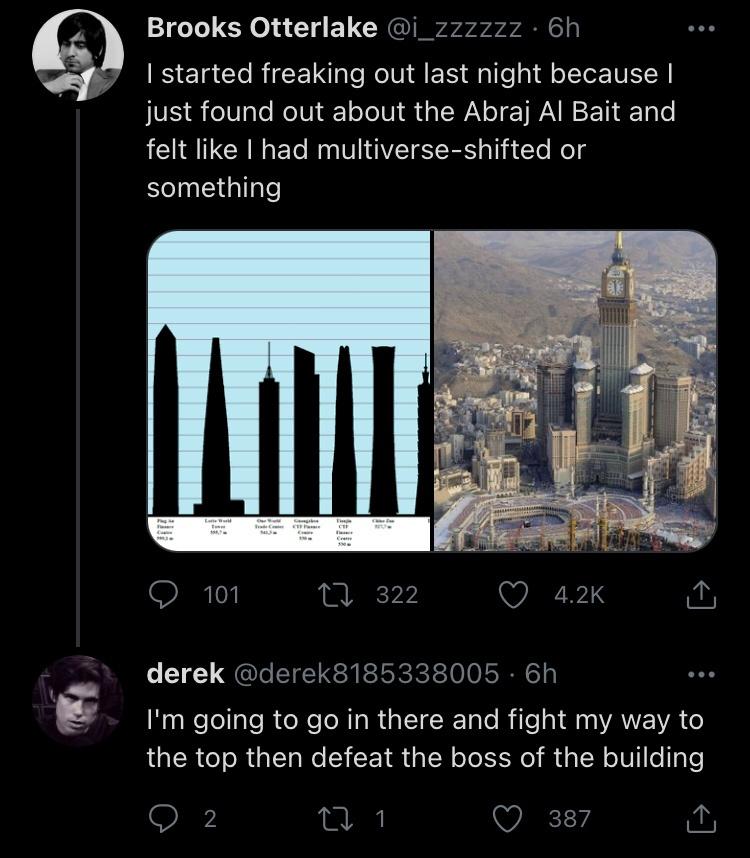 punch the keys for gods sake

cars
UNUSUALY COOL
Post rating: ~
they say the posts move by themselves at night, into the toilet because they know they're yours lol
tears

tears
Post rating: +
remember when the internet was goons saying nuke the ocean every time they saw a fish. haha funny times
serafiym 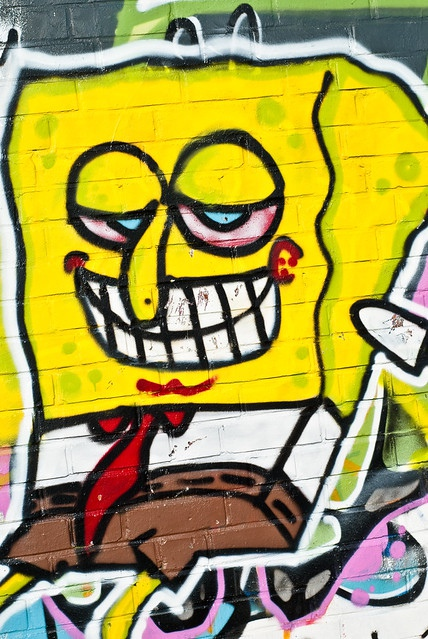 cars
UNUSUALY COOL
Post rating: ~
just found out that Dan Olson posted what's now treated as the authoritative summary of the RIPline thread, as a Twitter thread. Dan... why
cars

cars
UNUSUALY COOL
Post rating: +
if you don't know what that is, it's when a poster and his buddies at a summer camp accidentally created a device to launch children down a hill at 65 miles per hour, killing them on impact. they asked Online to help them fix it, which proved impossible because 9.81 m/s² is the acceleration of a free-falling object on Earth. Planet of the posts
cars

cars
UNUSUALY COOL
Post rating: +
Ajamu Baraka posted a post saying United $naKKKe$ Congress can’t have or declare Juneteenth, it’s been denied them. This historic post took full effect immediately and will be entered into the records as an important innovation in the posting science.
[account deactivated]
cars

tears
Post rating: +
While BioWare is well known for their strong role-playing games, it’s perplexing how they were able to reach this level of quality with Dragon Age: Inquisition. It’s one of the most overwhelming experiences on the market, containing not only the best character development found in any RPG, but an open world that’s actually polished. The artistic and visual fidelity help with the immersion, but it’s the branching, player driven storyline and exquisitely layered combat system that create something special. Even with the staggering amount of dialogue and lore, newcomers to the franchise will have no trouble hopping right in, while old school fans will undoubtedly grin at the various call backs to past events. There’s even an enjoyable small multiplayer mode to participate in that’s entirely separated from the main campaign. Like a good hundred hour long novel that never lets up, Dragon Age: Inquisition is so engrossing you won’t be able to put it down.
Acdtrux

Acdtrux
𝐂𝐑𝐈𝐌𝐈𝐍𝐀𝐋𝐈𝐙𝐄 𝐄𝐕𝐈𝐂𝐓𝐈𝐎𝐍
Post rating: +
I'm in the mood to downvote some posts. Don't post anything for the next few hours
pogfan1996

While BioWare is well known for their strong role-playing games, it’s perplexing how they were able to reach this level of quality with Dragon Age: Inquisition. It’s one of the most overwhelming experiences on the market, containing not only the best character development found in any RPG, but an open world that’s actually polished. The artistic and visual fidelity help with the immersion, but it’s the branching, player driven storyline and exquisitely layered combat system that create something special. Even with the staggering amount of dialogue and lore, newcomers to the franchise will have no trouble hopping right in, while old school fans will undoubtedly grin at the various call backs to past events. There’s even an enjoyable small multiplayer mode to participate in that’s entirely separated from the main campaign. Like a good hundred hour long novel that never lets up, Dragon Age: Inquisition is so engrossing you won’t be able to put it down.

pogfan1996
Post rating: +
Trotsky: We gotta pop by the store and get a mattress, I want a nice one too...
Lenin: A what? A mattress? What do we need a mattress for?
Trotsky: What do you mean, what do we need a mattress for? Why do you think we just spent all that money on a train? The whole purpose of buying the train in the first place was to get the ladies all nice and tipsy so we can take them to a nice comfortable sleeping car, nice and, you know, they can't refuse. Because of the implication.
Lenin: Oh, uh, OK. You had me going there for the first part. The second half kind of threw me.
Trotsky: Dude, dude, think about it. She's out in the middle of nowhere with some dude she barely knows, she looks around, what does she see, nothing but open steppes. (Imitating female voice) "Oh, there's nowhere for me to run. What am I going to do? Say no?"
Lenin: OK. That seems really dark.
Trotsky: Nah, it's not dark. You're misunderstanding, bro.
Lenin: I think I am.
Trotsky: Yeah, you are. Because if the girl said no, the answer, obviously, is no. But the thing is she's not gonna say no. She would never say no. Because of the implication.
cars

cars
UNUSUALY COOL
Post rating: ~
I Like How cargo-cult folk ethology on the internet has now abandoned all pretense of its own pseudoscience and has invented the "Sigma Male", which means no more and no less than the poster saying "i think i'm just like this guy"
cars

cars
UNUSUALY COOL
Post rating: ~
this is 100% a fascinating development to me. create a pseudoscience of human ethology. assign moral value to your pseudoscience so that proximity to one category is a virtue. realize that no one you would assign to that category would bother to do that themselves by your pseudoscientific definition of the category. struggle with how you've created a structure to traumatize your own weak mind daily. notice someone's created a new escape-hatch category. discover that because your pseudoscience is a bad cargo-cult copy of real science, no newly invented category is any more or less valid than any existing one. adopt the new escape-hatch category. assign yourself to it. group-pressure the others to "know" the new category or lose their status as part of the cargo cult's in-group. jack off. Post Moar.
Acdtrux