cars
UNUSUALY COOL
Post rating: +++++
Has there ever been a domestic CIA ratfuck as thorough as Trump’s impeachment?

The “intelligence community” kneecaps the loud, unstable idiot who dared badmouth their gang of crooks in response to their intimidation tactics, and it happens days before the start of an election year.

At the same time, they smear the senile default candidate, Biden, who might undermine the enthusiasm lent their puppet party, the Democrats, which, as the nominally left-leaning party, have been conquered by the CIA so totally in a few short years that Congressional opposition to any of the “intelligence community” autonomous agenda seems all but impossible after 2020.

Even the “socialist” candidate in 2020, and the U.S.’s largest pseudo-socialist club, DSA, are now triple-belted to The CIA Party. Infiltration of the group is practically redundant. DSA = CIA.

Every single slug and thug in Washington, from the politicians to the press, receives an iron-fisted reminder that opposition can and will be crushed, and thanks to the CIA’s deployment of information leaks to happily manipulated Washington tastemakers, the CIA doesn’t even have to pretend they’re not involved in domestic operations anymore. Question the CIA wrecking your shit and your fellows will fall upon you and tear you to pieces.

All of this ensures that if anyone in the country dares even to question the unhindered flow of arms to coup governments established by Neo-Nazi CIA proxy forces, they will be automatically assumed to be foreign agents by the press.

And all of this establishes, once and for all, that the CIA and their fellow agencies are public and accepted branches of the U.S. legislature, the third house of Congress, and if the Democrats somehow manage to turn on them and extract their deeply buried earwigs, well, guess who becomes the party of foreign agents in the public eye (again).

The “intelligence community” is the new mayor of planet Earth, and they’re very Gladio to meet you. pogfan1996
Post rating: +
The most important part of the CIA influence over the american left is that they don't even need direct control to get DSA chapters to act as unwitting agents of imperial policy.The DSA argued for a continued US invasion of Syria not because all of them are paid CIA agents, but because there isn't a useful analysis of imperialism.

This should give us a little bit of hope, because agitprop can help pull well-meaning people out of the DSA political structure. One thing I've been thinking about after the RAIM dissolution is that they have had a pretty sizeable impact relative to their size, and it isn't a lost cause.
pogfan1996

vimingok
Post rating: +
Trump is an attempt to carve out a postmodern white supremacist niche within the extant imperial-liberal order. Likewise with other ascendant fascist movements; they want increased efficiency of asset inflation and somewhat stable economies primarily benefiting their constituencies. The DSA and its counterparts want woke 50s social fascism. The revolutionary talk on each side simultaneously attracts true believers and vindicates the real positions by proxy.
cars


Pretending one is postmodern because honest analysis of modernity causes suffering/inconvenience. The most effective white supremacist narratives promise a white-only center-to-left -liberal paradise.

attacking all the new posters, but postmodernly

ghostpinballer
Post rating: ~
a good and necessary thread, but you try telling this (objectively correct) stuff to any DSA weirdo or bernie stan and they look at you like you've grown a second head
c_man

c_man
Post rating: +
Imo the trump impeachment functions primarily as a smokescreen for dem congresspeople to pass a bunch of reactionary legislation that their backers need under the pretense of a grand political bargain designed to fail
pogfan1996

Last night, at an anti-war rally organized by the Austin chapter of the Democratic Socialists of America (DSA) at the Texas capitol in response to tensions with Iran, antifascist community members in attendance confronted the Texas Nomads, a fascist, civic nationalist group who had come to heckle the rally. Instead of uniting to push out the fascists, Austin DSA leadership and local politicians instead rallied the crowd against the small group of antifascists, drowning them out and continuing with the rally as the Nomads stood by unchallenged.

Christopher Ritchie and Colin Whites, fascists with the Texas Nomads, are infamous around Austin for attending progressive and revolutionary events, live-streaming to their fellow reactionaries and attempting to harass attendees. Ritchie and Whites are both virulent Trump supporters and reactionaries who espouse hyper US nationalism and anti-communism. Ritchie is a well-known attendee of Unite the Right in Charlottesville, and Patriot Prayer rallies in Portland, both the scene of violent, deadly clashes between fascists and antifascists.
pogfan1996

Richies and Whites are both virulent Trump supporters and reactionaries who espouse hyper US nationalism and anti-communism.

cars
UNUSUALY COOL
Post rating: +
big ups to Bernard Banders for telling the New York Times all the countries he thinks are good for United States to coup if he becomes CIA Democrat president. Take notes, because most everyone else is just complaining how they were slightly rude to him
pogfan1996

big ups to Bernard Banders for telling the New York Times all the countries he thinks are good for United States to coup if he becomes CIA Democrat president. Take notes, because most everyone else is just complaining how they were slightly rude to him

It is imperative that all leftists vote Sanders and the reason is honesty.

cars
UNUSUALY COOL
Post rating: ~
I don't expect a surprise outcome, but I'm curious if the CIA is going to try for a hail Mary anyway and lean hard on some Republican senators. The timeline set out right now would work against using coverage of the trial to kneecap Trump in the general election.
dimashq

I don't expect a surprise outcome, but I'm curious if the CIA is going to try for a hail Mary anyway and lean hard on some Republican senators. The timeline set out right now would work against using coverage of the trial to kneecap Trump in the general election.

That would make sense, if the CIA actually believes the senate trial isn’t a lost cause, it would explain why they went for this strategy in the first place, other than believing their own propaganda about being Teh Resistance.

*conspiracy hat* how many republican senators are in Epstein’s black book by the way?

c_man
Post rating: +
I would imagine that if the cia wanted trump gone so incredibly badly they would have been more effective than the congressional democratic party doing its standard pointless horse trading and compromising and making big noises about things that were designed to fail in the first place. Like fabricating anything more concrete and effective than pointing out joe biden is corrupt, which seems to be tailor made to make breathless headlines in national news along entirely predictable party-line trajectories as opposed to effectively ejecting a supposed harmful element from office.
c_man

c_man
Post rating: ~
I believe that a large sector dont like him for pretty clear reasons but im also skeptical that theyre trying particularly hard, i guess
cars

c_man
Post rating: ~
Do you mean capture of the leadership or of the messaging? I think that the leadership were clearly all in from the start and need very little prompting. The main difference in mainstream dem politics since 2016 has been the identification of agents of nascent rivals and other uncooperative states as the source for the ills plaguing the country, which differs from the obama years only in that they are now associated with the presidency. In that regard even the politics of msnbc or whatever dont appear to have changed much since before 2016. So what has even really been accomplished? This isn't a rhetorical question, my intuition is that this represents the ideological reproduction of the democratic party as a bourgeois party and not a dramatic shift but it's also something i don't pay a lot of close attention to

*conspiracy hat* how many republican senators are in Epstein’s black book by the way? 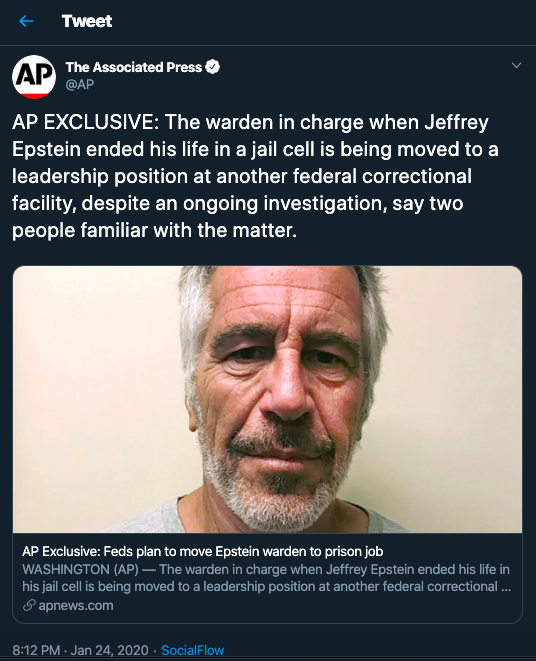 MarxUltor
Post rating: +
Some of the things about Bolivia had me wondering if that was a practice run for the US. At the time I thought it was a little too conspiracy brain but welp
cars

cars
UNUSUALY COOL
Post rating: +
for one thing i mean that a slate of freshman Democratic Party candidates are literally “intelligence community”. the point here isn’t that the CIA went from no influence to a bunch of it, it’s to note how it’s being exercised in the current moment, presumably something socialists should care about, unless they’re into other socialists getting mass murdered around the world and so on.
c_man

c_man
Post rating: +
Is it unusual for cia/intelligence alumni to run for office? I thought it wasnt too uncommon for ex troops to run which seems like mostly the same thing. Buttegieg claims to be following the kennedy example, which says to me that its business as usual rather than an anomaly. You obviously dont have to convince anyone here that the us is here to destroy socialism but if youre claiming that something new is happening i want to understand what it is thats new and what the old norm was thats shifting.
sovnarkoman

Is it unusual for cia/intelligence alumni to run for office?

well they won the office at least once

cars
UNUSUALY COOL
Post rating: ~
......not sure how I can explain this any more clearly: the point isn’t that it’s super weird that the CIA is exercising influence, it’s to note the specific ways it’s happening right now, the specific avenues of it and the potential effects of that. I guess I could post that line graph again that shows the swift handoff in public support for the CIA from one booj party to another but that’s a rule of threes and the punchline is not very funny imo.
c_man

c_man
Post rating: ~
So would you say youre describing a reproduction of an element of the democrat status quo, maybe involving an attempted realignment or reemphasis on dem-cia fundamentals in light of the percieved threat of growing appeal of """socialism""", embodied by sanders/dsa, or something similar? This is really what i was asking earlier, is this a new development or social reproduction, and it sounds like you mean the latter.
c_man

c_man
Post rating: ~
If this sounds pedantic its because i want to be clear about what youre saying your point is because which one you meant was unclear to me and it seems like an important distinction
Flying_horse_in_saudi_arabia 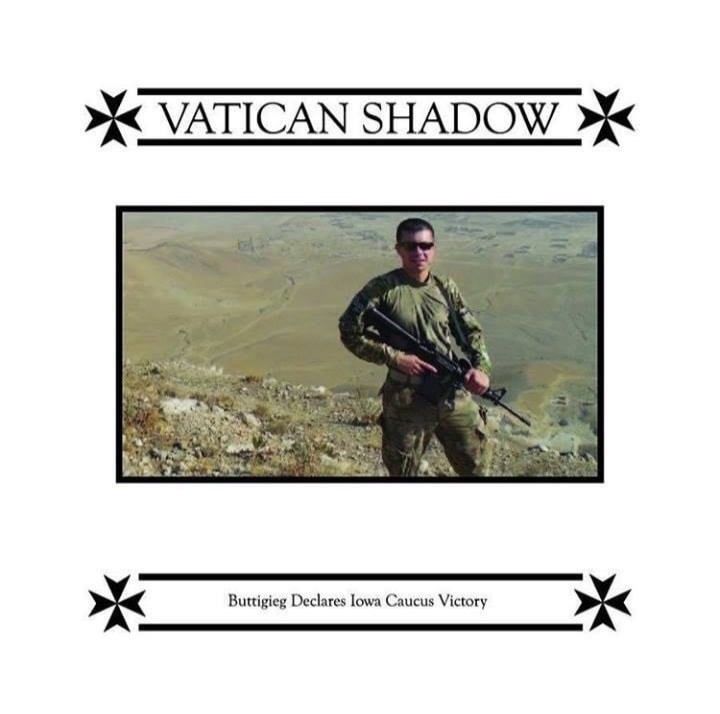 colddays
Post rating: +
I clicked on a video of Agent Peter Buttigiege addressing the latest democratic party vote, and I realized that I've internalized cars's posts on this topic because I could no longer see a politician or really even an independent human being, all I saw was a tentacle of the CIA.
Flying_horse_in_saudi_arabia

IF WE CAN LIGHT UP A HIGH SCHOOL GYM,
WE COULD LIGHT UP A WHOLE CITY...

aerdil
Post rating: +
lol at the fact that his team realized that the obama speech tested well so they copied it and staged a perfect time to bring it out, but he has none of obama's charisma so it's just sad transparent inauthentic drivel. this guy is becoming worse than hillary lmao