A growing number of child sex abuse cases involve webcams and victims in the developing world, according to a UK study.

LONDON - The number of cases of children in developing countries being sexually abused in front of webcams in exchange for payment to their families has risen sharply in the last 12 months, British experts warned Tuesday.
Sex offenders are targeting vulnerable families to organize live access to the sexual abuse of their children using Internet video-stream services such as Skype, according to a study by the UK's Child Exploitation and Online Protection Centre.
"This is a problem that is extremely worrying that has emerged over the last twelve months - and is increasing," said Kate Fisher, an analyst with the CEOP.
"They spend time engaging with families, they facilitate the abuse with the family then return to their home country and pay the families and send instruction for that abuse to be put over the webcam", Fisher said.
Although Tuesday's study http://ceop.police.uk/Documents/ceopdocs/CEOP_TACSEA2013_240613%20FINAL.pdf was based on research in Britain, the CEOP said the phenomenon was a growing global problem. However, it did not have figures on the number of cases.
Improved Internet speeds coupled with poor child protection policies and low levels of education in some developing countries make fertile ground for this kind of abuse, the organization said.
In a statement, Skype said: "We absolutely condemn any type of misuse on Skype.... We reserve the right to terminate accounts immediately and take further action if necessary.”

babyfinland
tardy on these heaters
Post rating: ~
imagine if skype got their shit together and didnt drop connections every ten minutes... horrifying
MadMedico 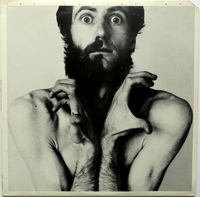