Qatar's government has replaced Wadah Khanfar, the director-general of the al-Jazeera satellite TV network, with a member of its own royal family – a sudden and dramatic move at a time of unprecedented turmoil across the Middle East.

Khanfar, credited with revolutionising the Arab media landscape, announced that he was resigning after eight years that consolidated both the channel's reputation and his position as one of the most powerful figures in the region.

The new director-general is said to be Sheikh Ahmed bin Jassim Al Thani, an executive at Qatargas and a member of the country's ruling dynasty.

The Palestinian-born journalist said in a resignation letter posted – characteristically – on Twitter that his goal at the outset was "to establish al-Jazeera as a global media leader" and that "this target has been met".

Al-Jazeera, based in the Qatari capital Doha and owned by the state's emir, broke the mould of Arabic media organisations that were bankrolled by and subservient to governments or cowed by censors when it was set up in 1996.

Often technically brilliant and highly partisan, it has outperformed itself in this year of the Arab uprisings with the slogan – cleverly echoing the battle cry of revolutionary struggles – that "the coverage continues".

Khanfar wrote: "In 2011 the eyes of the world watched the aspirations of millions unfold as our newsrooms broadcast, tweeted and published the events unfolding in the Liberation Squares from Sidi Bouzid to Jisr Al-Shughur. The coverage of these revolutions is ongoing, and we continue to report the fight of the youth to achieve dignity and freedom from tyranny and dictatorship."

Confident, charming and articulate in English as well as his native Arabic, Khanfar has been criticised by some Arab commentators who say his sympathy for the Muslim Brotherhood shows in often favourable coverage of Islamist movements. In Libya, for example, al-Jazeera has been giving air time to a prominent Islamist who had been in exile in Qatar.

The PLO was upset by the leak to al-Jazeera of documents exposing details of secret negotiations with Israel. It is often attacked for failing to be impartial.

Recently, al-Jazeera has been accused of pulling its punches over the uprising in the Gulf state of Bahrain. It barely reports on events in Qatar itself.

But as Blake Hounshell of Foreign Policy magazine tweeted: "Whatever you think of Al Jazeera's coverage, there's no question @khanfarw put the network on the global map. Big time."

Khanfar's letter was clearly written with a view to fixing his legacy: "Authoritarian regimes were terrified at the birth of this new institution and they quickly went on the offensive," he wrote.

"From trying to discredit our reportage and staff through disinformation to lodging official protests with the Qatari government. When this did not stop our reporting, they started harassing our correspondents, detaining our staff and closing our offices. The only way they could stop us was by jamming our satellite signal.

"Yet we remained steadfast in our editorial policy – in fact, each attempt to silence us further emboldened us and increased our resolve."
---
yay.
mistersix 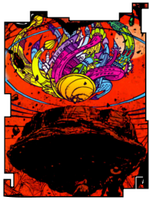 mistersix
desire be, desire go
Post rating: ~
"Authoritarian regimes were terrified at the birth of this new institution and they quickly went on the offensive," he wrote.

Tsargon
Post rating: ~
this is really unsurprising, given the station's recent shift in orientation over the past year
winebaby 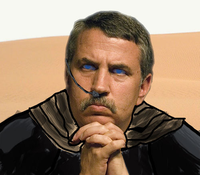 winebaby
bb bourgeoisie
Post rating: ~
how would you characterize that shift? (i don't watch it very often)
domn

domn
Post rating: ~
Khanafar was already taking orders from the US government. For instance removing pictures of injured Iraqi girls from the website

camera_obscura posted:
how would you characterize that shift? (i don't watch it very often)

ever since libya and bahrain theyve gotten really transparently pro-American imperialism - they never said a word about the crackdown in bahrain, but everyday had a dozen reporters in flak jackets IN THE MIDST OF LIBYAN FIGHTING reporting on the mass rapes ongoing by gaddaffi forces and the usage of anti-aircraft cannons on civilians.

germanjoey
Post rating: ~
hahaha, I'm guessing that this was probably the goal all along - establish credibility by letting it develop independently (although still beholden to a specific bias) and then cow it back into being a state-directed propaganda channel once it had developed such a formidable reputation.

germanjoey posted:
hahaha, I'm guessing that this was probably the goal all along - establish credibility by letting it develop independently (although still beholden to a specific bias) and then cow it back into being a state-directed propaganda channel once it had developed such a formidable reputation.


seems like theyre being too transparent for this to work, though i may be overthinking it. i think theyre just stupid

Tsargon
Post rating: ~
i think all the violence in bahrain got em so scared that when they ran away from center-leftism they left an al-jazeera sized hole in the wall
getfiscal 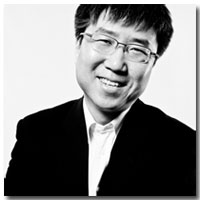 Impper posted:
germanjoey posted:
hahaha, I'm guessing that this was probably the goal all along - establish credibility by letting it develop independently (although still beholden to a specific bias) and then cow it back into being a state-directed propaganda channel once it had developed such a formidable reputation.


seems like theyre being too transparent for this to work, though i may be overthinking it. i think theyre just stupid

The senior executive of the Middle East’s most recognizable news television network has resigned following revelations that he met with American intelligence officials and complied with their requests to alter the content of news reports. A brief news report posted today on the Al Jazeera website said that Wadah Khanfar, the news network’s Palestinian-born director, had announced his resignation, eight years after assuming the station’s leadership. In a public statement, Khanfar, whose brother is a Hamas activist in the Gaza Strip, said that Al Jazeera “stands as a mature organization” and that he is “confident that will continue to maintain its trailblazing path”. But he did not mention the incident that might have led to his resignation: namely the recent revelation that he was in constant contact with US intelligence officials during much of his executive career, and that he agreed to alter the content of some Al Jazeera news reports at their request. According to American diplomatic cables leaked by whistleblower website WikiLeaks, Khanfar came in contact with officials from the US Defense Intelligence Agency (DIA, the Pentagon’s premier spy organization) through the Ministry of Foreign Affairs of Qatar —the Gulf country that owns and operates Al Jazeera. The leaked cables mention that the Palestinian-born executive attended several meetings with DIA personnel in Doha, Qatar, and even agreed to “remove” news content when requested to do so. In one instance, he reportedly directed his editorial staff to remove strong images of injured Iraqi children lying on hospital beds and of a woman with extensive facial injuries. Khanfar has denied any connection between the spy links revelations and his decision to step down from his post, saying that he had been “discussing desire to step down for some time” now. He told British newspaper The Guardian that he began discussing his resignation with the station’s board “a couple of months ago”. Khanfar has been replaced by Shaikh Ahmed bin Jassim Al Thani, a member of Qatar’s royal family, which is not known for its strong views in favor of media independence.

getfiscal
Mike Nelson here.
Post rating: ~
hmm so he helped democracy yeah that's a strike against him ... not!
noavbazzer


The Western and Arabic press is full of stories about Al Jazeera and the new direction it will inevitably follow with the selection of a new director-general for its operating networks. The ouster (the official statement did not mention resignation) of Waddah Khanfar has opened doors for speculation. No one really knows what goes on behind the scene and it is no secret that the Emir of Qatar really runs the networks and is fully aware of its powers, as far as Qatar is concerned. More than gas, Al Jazeera put Qatar on the regional and global map. The Emir is fully engaged with the network's affairs and must be the person who decided to replace Khanfar. I was a year or so ago in the presence of the Emir and Khanfar and could see the extent to which the Emir keeps close tabs on the network. He follows its affairs closely and offers directions and instructions. And I also remember that when I brought up the issue of the resignation of the four female anchors (last year) and the accusations of sexual harassment (an issue that I had discussed with Khanfar before), the Emir was rather critical of the way the anchors affair was handled. I mentioned the need for more females in management and in various bureaus, and the Emir simply looked at Khanfar and said: His Islamist friends are opposed to your recipe of women's empowerment.

Khanfar was a very able correspondent for the network before he took over as director: he has excellent command of Arabic and prepared very well for his live report. He is unflappable when questioned in the field by the anchor in Doha and can speak in full paragraphs without notes. But his reporting from Iraq was less critical than the reports of Ahmad Mansur, who -- everyone believes -- was taken out of the Iraq assignment simply because the US insisted on it. And the notion that Khanfar resigned because of contacts with various US officials regarding coverage of the network is just ridiculous: Khanfar is not an independent operator, and most likely he was talking to US officials to appease them at the behest of the Qatari government which is very sensitive to US criticism -- and this sensitivity has only increased since Qatar repaired its relations with Saudi Arabia.

Not much will change after the ouster of Khanfar: the same government will be running the network and the early pretense of objectivity and of two sides to every issue is long gone. Starting this year, the network has not even taken itself seriously. In the case of Egypt, Libya, and Syria, the network for all intents and purposes stopped functioning as a news gathering organization and started acting like a propaganda vehicle for the Qatari royal family. Phone lines are opened and witnesses hiding under false names fill the airwaves with accounts that are sometimes real and other times are just fictitious. Delivery of news has become unimportant and only last week did Aljazeera resume its famous news talk shows. They have been suspended for months because Al Jazeera was not keen on hosting points of views different from the royal Qatari one. But the instructions seem to be that only Syria is allowed to be discussed.

It is too early to speculate on the future of Al Jazeera, but one thing is clear. The network thrived and grew when its conflict with Saudi Arabia gave it a wide margin of freedom, and when it was able to articulate the grievances of most, if not all, Arabs. The Saudi-Qatari alliance has severely limited the parameters of acceptable debate on the network and has made it yet another propaganda outlet for another Arab potentate. Furthermore, the network is increasingly keen on pushing the Islamist line of the Muslim Brotherhood and its affiliates. This may not necessarily kill the network but it will substantially change its audience and reputation.