poetic end for the jingoist gerbil

getfiscal
Mike Nelson here.
Post rating: ~
nevermind they changed their mind and now it was him 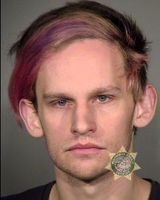 high_on_lds
Post rating: ~
who did that fake wikileaks cable where the ambassador was complaining about his dragon tattoo and inability to shut up about xhosa?
[account deactivated]
aerdil

aerdil
Post rating: ~
since when was italian beer funny?
TROT_CUMLOVER 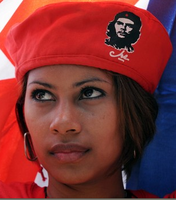 I'm not saying we go murder everyone, I mean I wouldn't cry over it, but there's gotta be security cam footage. We send in some CIA or SF or something, and kill some dudes.

Vilerat posted:
I'm in the best post. My IPC has windows. They open.

I have open windows in my IPC. I have fresh air and I can hear protesters really awesomely but that owns cause I love a good protest.

Meursault
Post rating: +++++
I can't belive this happened, not for the murder but for the inevitable legislative response
getfiscal

getfiscal
Mike Nelson here.
Post rating: +
gonna pass around the hat at the next montreal goonmeet to see if we can put five golden manbabies on his gravestone at arlington national cemetary.
aerdil

Writer and director Sam Bacile spoke on the phone Tuesday from an unidentified location. He remained defiant, saying Islam is a cancer and he wanted his film to make a political statement.

The 56-year-old identifies himself as an Israeli Jew and says he believes his video will help his native land by exposing Islam's flaws to the world. Excerpts dubbed into Arabic were posted on YouTube.

Among other claims that have caused outrage, the film claims Muhammad was a philanderer who approved of child sexual abuse.

Bacile says he's sorry for the person who died, but lax embassy security is to blame.

Meursault
Post rating: ~
Was it him or evil weasel who said the thing about Yeah it's a pyrrhic victory but at least it's a victory because that was one of my favorite D&Disms this year
getfiscal

Why dont the worlds biggest assholes just die in jail like everybody else. Why does mandela have to be so special.
aerdil


i backed down. im a big pushover, and ideleted the tweets about vilerat because abe got really mad

aerdil
Post rating: +
a blub blub blub my white supremacist friend who actively made the world a worse place with his actions died and you're posting his horrible tattoo, how dare you
[account deactivated]
Meursault

GoldenLionTamarin
Goldgelbes Löwenäffchen
Post rating: ~
i think abe was probably crying. and he was so mad he couldnt even type correctly. i cant continue to mock a tattoo under that kind of pressure
getfiscal

aerdil
Post rating: ~
thats exactly when you're suppose to double down for the good of the trolldom
HenryKrinkle

it's okay, you we're tat-shamed...it's not your fault

GoldenLionTamarin
Goldgelbes Löwenäffchen
Post rating: ~
i said that the guy who said africa was better after colonialism was killed by anti-imperialists in africa on 9/11. and that i hope that viletat.jpg gets on the news. but i deleted it