The President of Haiti was just assassinated. Bad guys around the world are really bold after 1/6.

zhaoyao
lies half the time
Post rating: ~
did the head of police and the outgoing prime minister (now acting president on unclear legal grounds) just kill the patsies they hired to assassinate the president or do i need to go back to conspiracy thread
shriekingviolet

The oldest suspect is 55 and the youngest, Solages, is 35, according to a document shared by Mathias Pierre, Haiti's minister of elections.

He would not provide additional details about Solages' background, nor provide the name of the second Haitian American. The U.S. State Department said it was aware of reports that Haitian Americans were in custody but could not confirm or comment.

Solages described himself as a "certified diplomatic agent," an advocate for children and budding politician on a website for a charity he established in 2019 in south Florida to assist residents.

tears
Post rating: +++++
i was thinking about the "claiming to be DEA agents" "bit", and it ocured to me, as it no doubt has occurred to many people, that when analysing these things the people poring over grainy mobile phone footage fall into an assumption that everything they watch was intended for them as the audience. what i mean is that many people fixate on the unbelievability of shouting out "were DEA agents" and claim that they are unconvined and that it is a poor quality, completely unbelievable "op" - essential an episode of "words stupidest foreigners". But surely the intended audience for shouting out "were DEA agents" before murdering the dictator man-president is the various bodyguards/soliders there on the ground (and even the president-man himself) who are going to be pretty hesitant to open fire on people claiming to be US fricking agents in haiti of all places. so actually, regardless of who did it, rolling up in the middle of the night and shouting "DEA agents" is a pretty smart thing to do if you wanted to quickly and effortlessly murder the president-man of a neo-colony
tears

The President of Haiti was just assassinated. Bad guys around the world are really bold after 1/6.

c_man
Post rating: +
The washington post is calling for a UN intervention so that should say everything youd want to know
Crow


The present (new!) Haitian government is also asking for US troops to "secure" Haitian "infrastructure" from "chaos"

shriekingviolet
Post rating: ~
sending our best boys to protect Haiti from the agents of K.A.O.S.
c_man

c_man
Post rating: +
Hello mr crow i hope you are having a good time
cars

cars
UNUSUALY COOL
Post rating: +
hi to Crow as well, from me.
cars

misanthropic_rage
Post rating: ~
so what happened because Moïse was a good puppet
Plants 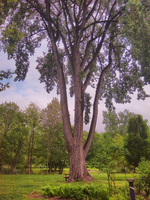 so what happened because Moïse was a good puppet


Imo aspirational alternate puppets got hungry and the US, fully aware of how widely hated he was, said fine. Might even be a good pretext for an occupation since the puppets were losing control.

Lots of shit indeed going on right now between the bullshit capers being pulled against Venezuela, the winner of the Peruvian election Castillo still not being sworn in, and the massive Cuba psyop, plus this assassination in Haiti. Speaking of the current Cuba psyop we all know already it's funny to see what's considered news in Cuba when in a capitalist state it's any other Sunday, but also despite the massive amounts of carrying on the west is doing about it, I really think it'll be forgotten in a couple days. That's the optimistic side of me, as opposed to the pessimist side of me that figures Trump wins easily in a few years and builds a statue to Ashli Babbit and then we get the planet frying and ecosystems collapsing inside the current decade.