Constantignoble
Post rating: +
i looked around & couldn't find one

anyway here's something promising out of nowhere https://www.bbc.com/news/world-africa-44376298

Ethiopia's governing coalition has announced it will fully accept and implement the peace deal that ended its border war with Eritrea.

It says it will accept the outcome of a 2002 border commission ruling, which awarded disputed territories, including the town of Badme, to Eritrea.

This will end a dispute with Eritrea that sparked Africa's deadliest border war in 1998.

Tens of thousands of people were killed in two years of fighting.

The two sides have remained on a war footing as Ethiopia had, until now, refused to accept the ruling of the border commission, which was set up as part of a peace deal.

As a result, Ethiopia had refused to withdraw its troops out of the disputed areas - leading Eritrea to accuse Ethiopia of forcefully occupying its territory.

"The Eritrean government should take the same stand without any prerequisite and accept our call to bring back the long-lost peace of the two brother nations as it was before," the ruling Ethiopian People's Revolutionary Democratic Front (EPRDF) wrote on Facebook.

Eritrea had refused to hold any talks with Ethiopia until it agreed unconditionally to the border commission's findings.

BBC World Service Africa editor Will Ross says if Ethiopia does now remove soldiers from the disputed land, it would show it is serious about seeking peace.

Constantignoble
Post rating: +
to some extent i wonder whether the border territory is just less important to the Ethiopian government these days. grabbing a few extra ill-gotten chunks of land for northern Tigray probably doesn't mean the same thing today as two decades ago; Ethiopia has been one of the fastest-growing economies of the 21st century, with much of that growth centered around urban centers expanding economically, demographically, and geographically

a few different visualizations of Addis Ababa, for example 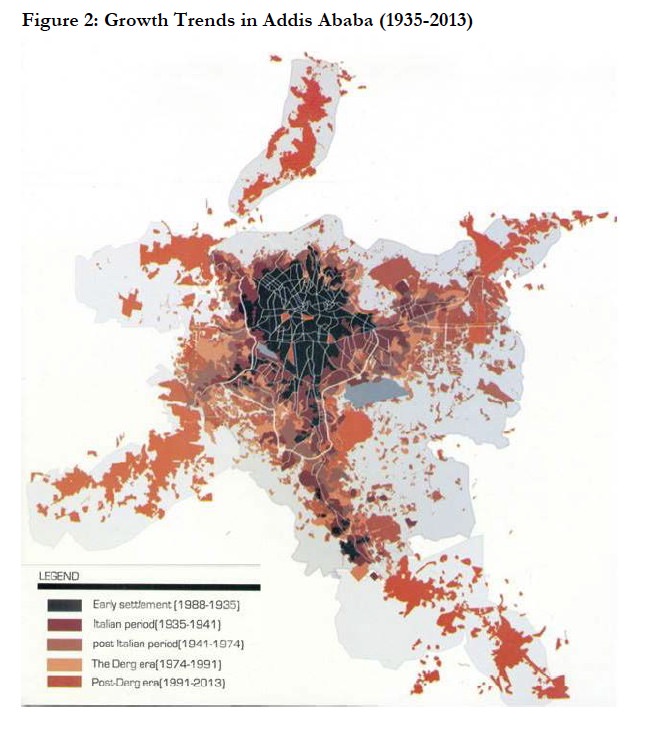 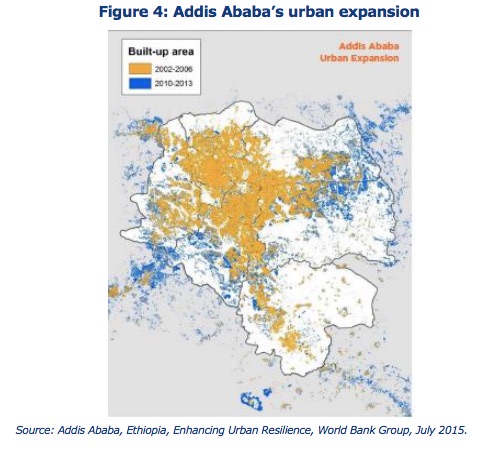 The Challenge of Urban Mobility: A case study of Addis Ababa Light Rail (2018) 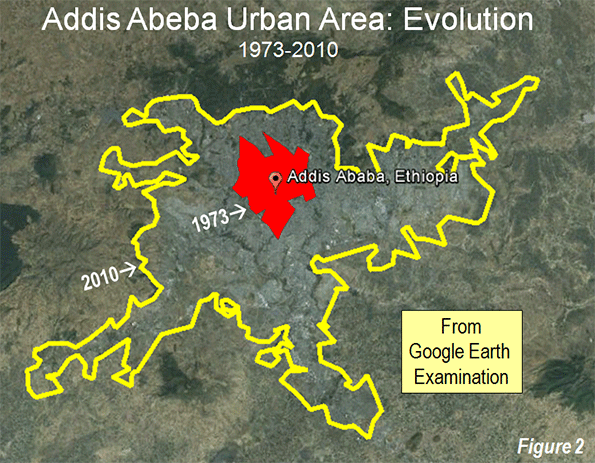 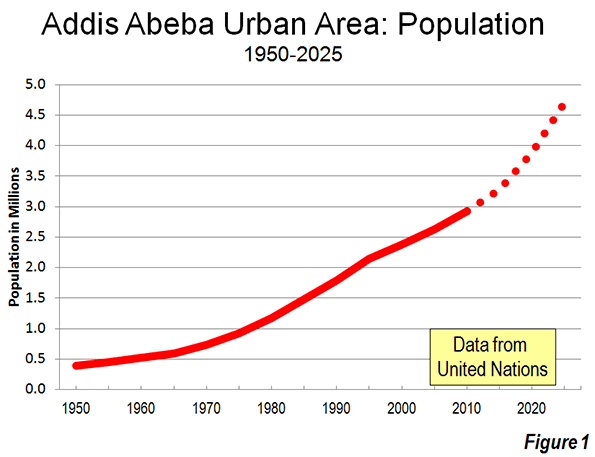 the encroachment of urban centers into surrounding countryside and villages has been one of the factors fueling the protests by Oromo communities in recent years, connecting it to broader systems of Abyssinian supremacy.

the social unrest culminated in the resignation of PM Hailemariam Desalegn and the inauguration of Abiy Ahmed, the first ethnic Oromo PM, in April. since assuming the position, he's been vocal about setting aside arms and building positive relations with Eritrea.

so, changing conditions at the base have propagated up into the superstructure, which brings me back to the first point about shifting priorities.

swampman
Dont Mess With Sucess
Post rating: +
Where is the website to donate to the somali coast guard, again?
Constantignoble

Joint Declaration of Peace and Friendship between Eritrea and Ethiopia

Conscious that the peoples of Ethiopia and Eritrea share close bonds of geography, history, culture, language and religion as well as fundamental common interests;

Recognizing that over the past decades, they were denied the opportunity to build a bright future for their peoples on the basis of their common heritage;

Determined to close this very costly chapter, which also had a detrimental role in the Horn of Africa, and to make up for lost opportunities and create even bigger golden opportunities for their peoples;

The governments of Ethiopia and Eritrea have reached the following joint agreement which reflects the desires and aspirations of their peoples:-

1. The state of war between Ethiopia and Eritrea has come to an end. A new era of peace and friendship has been opened.

2. The two governments will endeavor to forge intimate political, economic, social, cultural and security cooperation that serves and advances the vital interests of their peoples;

3. Transport, trade and communications links between the two countries will resume; diplomatic ties and activities will restart;

4. The decision on the boundary between the two countries will be implemented.

5. Both countries will jointly endeavor to ensure regional peace, development and cooperation.

Both governments express their gratitude to all friends of Eritrea and Ethiopia and call on them to redouble their solidarity and support.

For the State of Eritrea
President Isaias Afwerki

The chief of staff of the Ethiopian army, Gen Seare Mekonnen, has been shot dead by his own bodyguard in the capital, Addis Ababa.

He and another officer died trying to prevent a coup attempt against the administration in Ethiopia's northern Amhara region, PM Abiy Ahmed said.

In Amhara itself, regional governor Ambachew Mekonnen was killed along with an adviser.

The government says the situation is under control after arrests were made.

The prime minister has gone on TV to urge Ethiopians to unite in the face of "evil" forces set on dividing the country.

The US state department has warned its staff in Addis Ababa to stay inside.

The government says it has reason to think the attack was linked to the assassination of the governor of Amhara a few hours earlier in the region's capital, Bahir Dar.

Mr Ambachew was killed at a meeting in his office along with his senior adviser, Ezez Wasie, while the region's attorney general was wounded.

Lake Ayalew has now been appointed as the region's acting governor.

The prime minister's office accused Amhara's regional security chief, Brig-Gen Asaminew Tsige, of plotting the coup attempt. It is unclear whether he has been arrested.

details are still fairly sparse, guess we'll see where this all lands in a few days

it makes me think about the situation in eritrea; observers have been wondering for the last year, "well if there's peace with ethiopia why haven't they axed their forced conscription program" and the typical response is "let's wait to see if abiy consolidates his power such that this can't all be reversed in one bad day," and this situation does add some credibility to that thought

also if anyone is interested in some light "i went to a place" journalism on eritrea, here are a couple of recent pieces by a ugandan academic writing for a kenyan publication:

Eritrea, the 'police state' where there are no cops to be seen

Ignore the naysayers, Asmara is not reclusive and is open for business

just outside of the Horn proper, but probably shouldn't be overlooked:

Protest leaders in Sudan said on Saturday they have accepted the creation of a civilian-majority governing body for a political transition in the country, as proposed by an Ethiopian envoy.

The compromise blueprint suggests the creation of a 15-member governing body - comprising eight civilians and seven members of the military - that would install a civilian administration, according to AFP news agency.

"We think that our acceptance of the proposal is a major leap towards meeting the goals of the revolution, which are freedom, peace and justice," protest leader Babiker Faisal told reporters in a statement, AFP reported.

"It will put the country on the right track to create the transitional period that would usher in sustainable democracy."

The ruling Transitional Military Council (TMC) has yet to give its decision on the Ethiopian proposal.

Constantignoble
Post rating: +
Attempting to get a sense of the state of ethnic conflict in Ethiopia right now. obviously last summer was particularly bad, contributing a big chunk of the 1.5 million internally displaced just in 2018. nothing much has been resolved or eased since then.

here's a summary of the major sites of conflict, and in another piece that same author considers the federal dimensions of the problem. it's kind of nice to see at least someone thinking about why this is happening, rather than simply that it is happening (or not at all), though it's obviously far from a complete account of the contradictions at play. unfortunately, weighty reckonings of the status of class struggle in Ethiopia are pretty hard to come by (in English, at least). there isn't even an Ethiopia page on bannedthought

maybe some deeper analysis could be a project for a future date, when i've done more actual studying. for the moment, i'll leave it at linking some recent news:

Big deathtoll in Amhara in May, more than 200 dead:
https://www.bloomberg.com/news/articles/2019-05-07/ethiopia-region-demands-probe-into-killings-near-sudan-border

finally: Foreign Policy is blaming it on Abiy’s amnesty, among other things, though it says right in the piece that said policy was a plan that predated his rise to PM. makes gestures at the breakup of Yugoslavia, but i figure it’ll be the role of the imperial core that determines the final validity of that comparison. all in all, just FP doin' FP