cars, its interesting that every "lefty" political "party" in the UK was 100% behind labour in this election, the "british road to socialism" permeates everything here - an eternal merry go round where people look for an alternative to labour and all they find is CPB, SWP, etc etc who all say "vote for corbyn, hes our road to socialism, we almost did it this time, next time next time next time" which acts to feed dissolusioned labour supporters back into supporting labour as the only option, and managing dissent, this has happened over and over through the past 100 years

the problem with this take to me, though, is that it's formally correct but doesn't place the blame and responsibility on myself (yourself). you can't be right by yourself in socialist politics, if you don't command the situation over time then your politics are wrong. it doesn't matter if the 'new social democracy' is a dead end if you can't provide the alternative. it's just whining.

"Labour’s policy platform under Corbyn, and crucially the party’s respect for the result of the referendum, helped to win those Ukip voters back. The lazy caricature of Ukip supporters in the north of England as caring only about immigration was buried, as those voters chose instead Labour’s viable plan to improve their material wealth.

There were no Controls on Immigration mugs, nor any desire to engage in the immigration debate beyond stating that freedom of movement would end. Instead of trying to address people’s “legitimate concerns” about immigration, Labour put forward a programme that offered hope – a plan to relieve economic insecurity. It is the very tensions that economic insecurity generates that create the context for the far right to peddle their anti-immigrant agenda."

An awkward reality for the Remainers, particularly those who wanted to dismiss ukip voters as permanently lost to the far right.
[account deactivated]
tears

tears
Post rating: +
id like to personally apologise for the past 100 years of embarrasingly british "communist" organising. Im sorry, this was all my fault.
getfiscal

id like to personally apologise for the past 100 years of embarrasingly british "communist" organising. Im sorry, this was all my fault.


I'd like to see some results by next week, thanks.

tears
Post rating: +
a big residential tower block in london burnt up and lots of people died, but all the comments on the videos were about how this was proof that jet fuel cant melt steel beams
tears

tears
Post rating: ~
yeah this was pretty fucked up yeah this was pretty fucked up


Dont forget the fact it would have cost practically pennies more to add fireproofing and sprinklers to the building but instead they put decorative cladding on so the local toffs wouldn't have their view spoiled, which was coincidentally made of straw and ether, and the residents had been saying it was a death trap for ages.

Theresa May just got chased out of a church meeting in the area with protesters shouting "coward" and "murderer" at her.

tears
Post rating: ~
maybe it will all kick off
overfire

I've never seen anything like this. Theresa May practically running to her car as a crowd shout "coward". This is not leadership. #Grenfell pic.twitter.com/AoOuH1Yvio

tears
Post rating: ~
i cant wait for the finale of this current season of the thick of it
Flying_horse_in_saudi_arabia

Flying_horse_in_saudi_arabia
Post rating: +
the thick of it would have tried to be more believable by just having an embattled minister do that rather than an incumbent PM who's trying desperately to form a coalition with terrorists
drwhat

drwhat
mt.real
Post rating: +
shit is getting real, literally everyone in this country wants to tear her limb from limb and even the conservative tabloids are running corbyn quotes on the front page. you can "get back to normal" after a terrorist attack because ha ha oh those terrorists well anyway, but when 100 poor people slowly burn to death while screaming over hours in a plastic cremation oven custom-built by the government of one of the richest neighbourhoods in the world you can't really just pretend it's all ok tomorrow.

and because of the way they are doing confirmed death tolls, only bumping them up a little every day, it's going to be in the papers for weeks. protests are not going to stop. if May goes outside at any moment people will continue to scream murderer at her. this is a new level
cars

cars
UNUSUALY COOL
Post rating: +
I think what will increasingly come into play here, at least in terms of "optics", is the stuff we've seen from polls over the last decade showing that members of the bourgeoisie are something like ten times as likely as others to predict imminent violence against the bourgeoisie. State officials, especially those of a Tory/Republican bent, are a full part of the luxury panic economy that's grown up around that, with its bunker mentality and its delusion of ultimate loyalty from private security contractors. One of the things a slightly rude leftish crowd does is provide justification for those contractors and their reliance on implying direct threats to the client lurking in every dark corner.

May is likely surrounded by wannabe secret agents and SAS-veteran drunks right now, beet-faced frowners who show her five-bullet PowerPoint slides every morning about how she is absolutely going to die in the street the next time she steps outside.
cars

shriekingviolet
Post rating: +
man i knew the new mummy movie was supposed to be bad but i didn't expect this?? 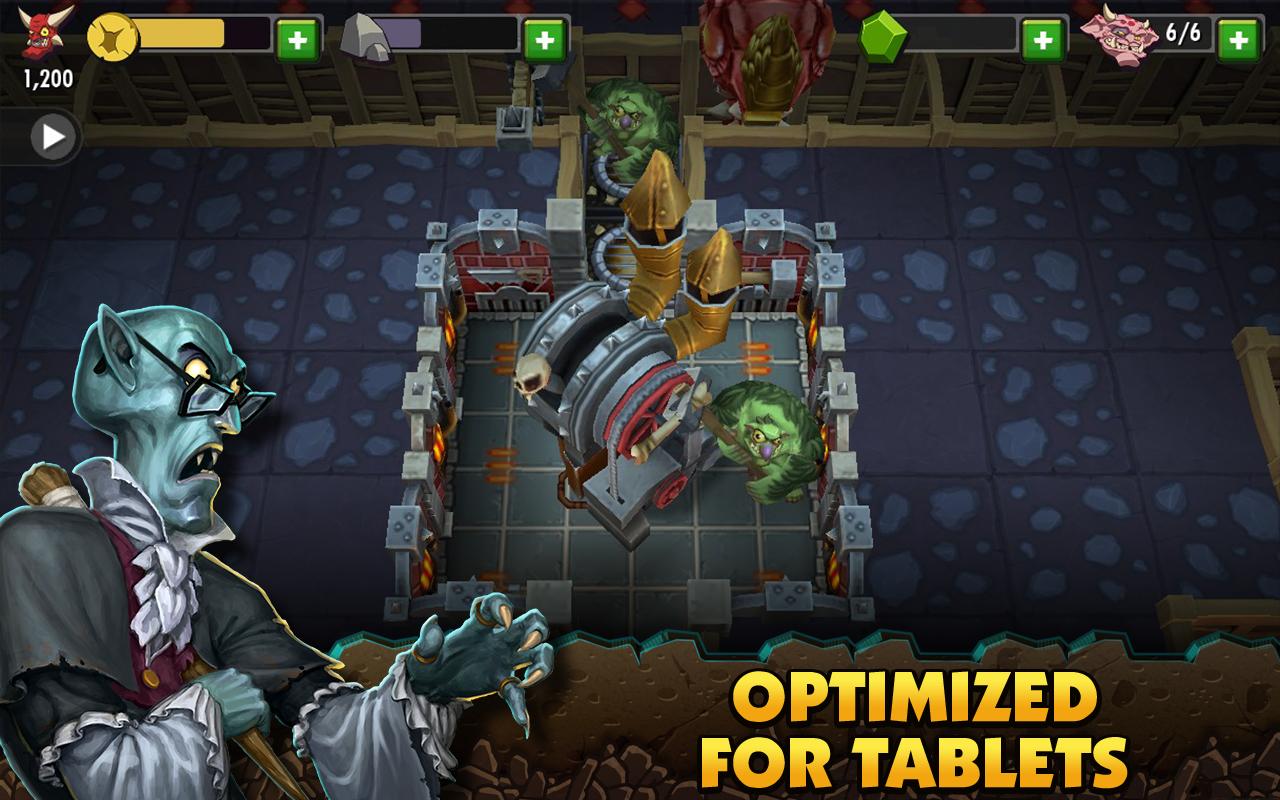 shriekingviolet
Post rating: +
somehow i'd forgotten that the UK has a fucking House of Lords full of animatronic taxidermy experiments run amok and it's all Very Serious lmao
Flying_horse_in_saudi_arabia


looks like SOMEONE doesnt watch King Ralph nearly as often as it deserves. 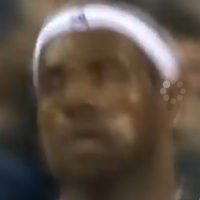 Ok then here's Corbyn being played at a 4am techno set at Glastonbury. pic.twitter.com/jxsWA0y95i

c_man
Post rating: ~
im confused about the glastonbury thing because i thought the people there were generally fairly right wing. but also i might be thinking of something else
Flying_horse_in_saudi_arabia

Flying_horse_in_saudi_arabia
Post rating: +
for the benefit of anyone who hasnt already seen it, a genuine letter to the editor published in the telegraph 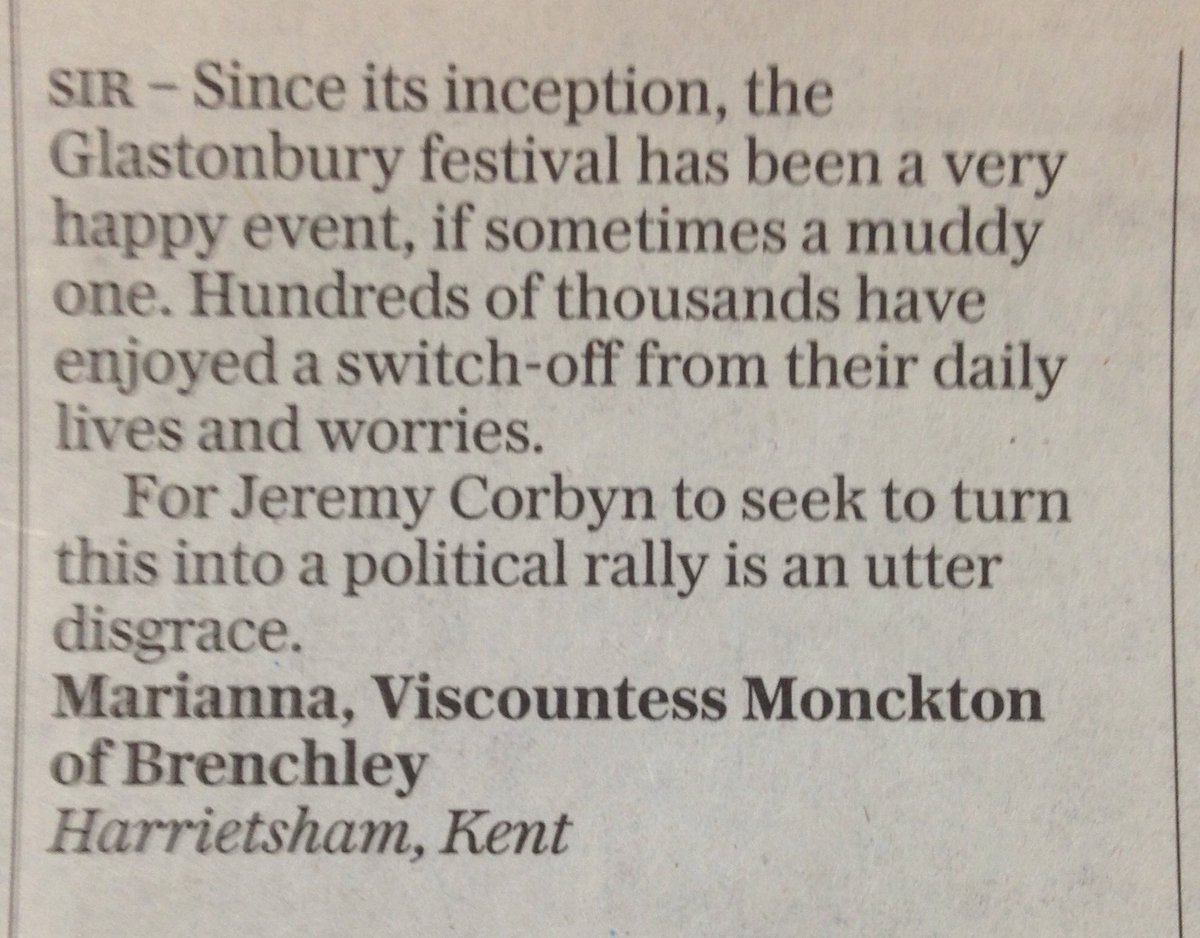 im confused about the glastonbury thing because i thought the people there were generally fairly right wing. but also i might be thinking of something else

guillotine all royals and aristocrats, to save them from their own terrible clown names & titles. it's the humane thing to do. no one should have to suffer such sustained humiliation.
slipdisco

im confused about the glastonbury thing because i thought the people there were generally fairly right wing. but also i might be thinking of something else

... and the takes are in. Spectator taking potshots

Only Jeremy Corbyn could speak at Glastonbury and think he was addressing the oppressed proletariat. Glastonbury, he said, while introducing an unintelligible US rapper on the Pyramid Stage, shows ‘that another world is possible if we come together’.


if this guy thinks Run the Jewels are unintelligible, i'm guessing he will dismiss migos as mere grunting.

To most observers, rather, it shows what is possible when the middle classes pay £228 a head and drive down to Somerset in their VWs, packed with glamping tents and Cath Kidston wellies. As Bruce Dickinson of Iron Maiden put it a couple of years ago, Glastonbury has become ‘the most bourgeois thing on the planet’.


maybe Bruce finds glastonbury boogie not because of class analysis but because they don't have a power metal stage.

A Corbyn government might like to look at the ticket prices, too, which have increased from £1 in 1970 to £238 this year – that’s a 20-fold increase even allowing for inflation. Perhaps they will be capped, to stop the festival becoming even more middle class. If Corbyn really wants to emulate his socialist heroes, Michael Eavis will find himself having Worthy Farm nationalised beneath his nose, turned into state farm number 101.

I refuse to believe she wasn't made up by tpaine

littlegreenpills
Poronto
Post rating: +
from my dude volunteering at the site, noting how the petty booj and jelly perennially suck https://newsocialist.org.uk/community-solidarity-after-grenfell/

While the generosity shown by people from normal, everyday working class backgrounds was touching and powerful, what had the greatest impact on me were those donations that came from those from stereotypically, white middle-class people. The yummy mummy in her maroon coloured 4x4 Range Rover to deliver bags of goods and as I was checking to see if they were clean, I noticed blood stains on the bed sheets. These donations were completely unacceptable.

Another volunteer I was speaking to had a similar experience, a woman had arrived with designer paper bags and in them were black sacks of clothes. She opened the black sacks and in them there were various coats, but they were damp. And as she took them out of the bag she realised there was mould growing in the armpit of one of the coats in particular and it was also growing on all the other coats as well. And there was the white woman who came down to volunteer but then left not long after - she didn't like "the tension in the air"...