quibi was funded at 1.75 billion dollars, and ended up with 72,000 paying subscribers, which means each individual subscriber cost Quibi investors over $23,000

kinch
Post rating: +
$15/mo or whatever is a good deal for something worth $23k
swampman


another stat i came across is that if all their current subscribers stay for a year, they will earn $4.3 million, and they paid reese witherspoon $6 million for a voiceover

zhaoyao
lies half the time
Post rating: ~
push notification spam can be disabled by voting no on prop 22
sovnarkoman

Practically every inch under Florida is under water. The limestone bedrock beneath Florida is porous and basically all underwater caves, and can’t support tunnels. Level of naivety is astounding. https://t.co/BBmKJgrULf

MarxUltor
Post rating: +
boeing made self-crashing planes, so musk had to make a self-stealing car

cars
UNUSUALY COOL
Post rating: +
looking forward to the first time a repo'd Tesla murders an unrelated paid-up Tesla owner on the way back to the Tesla hole
shriekingviolet

shriekingviolet
Post rating: +
can't wait for my smart apartment to quietly gas me with carbon monoxide after rent is one hour late so that a new renter can be efficiently installed asap
sovnarkoman

A single Bitcoin purchase at a price of ~$50,000 has a carbon footprint of 270 tons, the equivalent of 60 internal combustion cars.

ilmdge
Online
Post rating: ~
that guy gets ratioed anytime he talks about bitcoin lol, but it needs to be illegal. i may not endorse violence but honestly when i read environmental stuff it seems unethical not to (redacted)
Populares 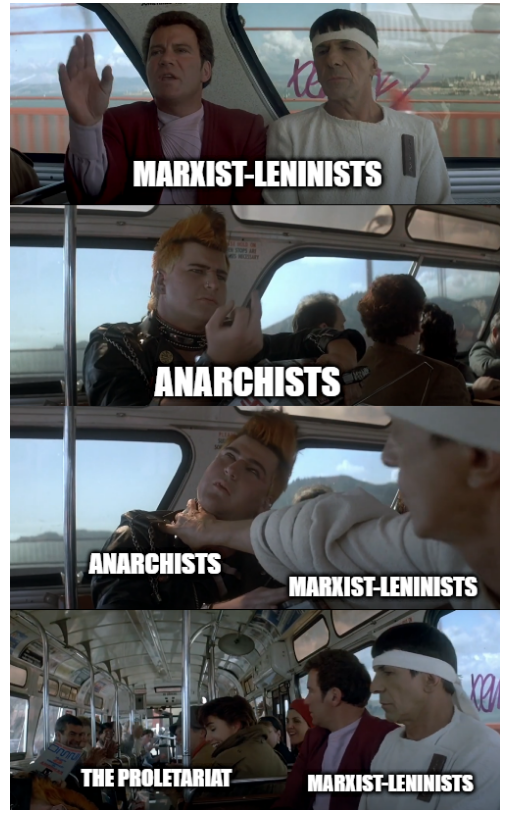 All this time I have been making fun of the Tesla car because the autopilot is poor at preserving human life. And this is because I have not been looking at society from the perspective of waging a decentralized terrorist campaign of car bomb drone warfare on it.\

To make this even more horrifying, people are now thinking the reason no one was in the driver seat was because the driver crawled to the back seat trying to escape, but because teslas have electric doors only in back and a concealed manual latch for the front, they were trapped https://t.co/Si0Iu3pyaU

cars
UNUSUALY COOL
Post rating: +
there is literally no reason for Tesla to make self-driving cars safe. If automakers have come to count on the state and insurers accepting countless easily avoidable deaths every year from "normal" operation of private vehicles, why expect any different for private vehicles without drivers? All Tesla needs to do is persist through its energy-credit scam long enough for their cars killing people to become so common that such deaths by themselves no longer merit a news story.
MarxUltor

MarxUltor
Post rating: ~
Right now that's just priced into the market because all the blame gets dumped onto the driver, not the manufacturer. Tesla has two reasons to be performatively attempting to make them safe. 1, to hang on until they can get some seed regulation/legislations passed allowing driverless vehicles and ensuring they are protected from liability, because 2, their real target market is probably not the passenger car market, it's a fleet of 24/7 robot trucks to disrupt the logistics industry and crush the teamsters.

The first one really into that market will be printing money bidding against human driven trucks for years. They need to show that it's reliable enough to score subscriptions from corporate clients without having to shut down a "just in time" sweatshop because the truck decided to drive through a playground and is now Big News.
cars

Belphegor
Post rating: +
Reminds me of how the term "jaywalking" was pushed by car companies to claim the streets for the cars. Then I think of the guy I know who thinks that cyclists and pedestrians should be held responsible for their own deaths on roadways.

In a hundred years, we've gone from a world where people rightfully assume their natural right to walk on the ground to one where we blame ugly, dumb humanoids for robot suicide.

Guy Davenport said it before and I'll say it again: the automobile is the greatest perversion of human nature since chivalry
Acdtrux

Acdtrux
𝐂𝐑𝐈𝐌𝐈𝐍𝐀𝐋𝐈𝐙𝐄 𝐄𝐕𝐈𝐂𝐓𝐈𝐎𝐍
Post rating: +
In an Asimov book, he imagines a future where a new skyline is built on top of New York, allowing people to walk on the new surface while the old now-underground roads are used only by the rare driver and police cars. I think it would be more interesting if the surface was reserved for drivers and underground pathways erected for pedestrians.
shriekingviolet


I think that there were alternative avenues of development available for mechanized transportation infrastructure and that we shouldn't allow our contemporary dominance by one that is killing is in both the immediate day to day and the long term slow cooking of the planet to curtail our pursuit of something better. Like think of how much research, engineering development, resources and labour hours went into individual combustion automobiles when electric engines and mass transport have been right there collecting dust and neglect for just as long but got sidelined for a fucking century because Ford was better at leveraging capital to crush innovative competition.

ELON: Welcome heroes, you have discovered Tesla Secret Lot. Tesla’s green, blue and red, and even gold & silver Teslas lie within, but hark ye to sounds of beating wings and the👇 icon... They mean Hieracosphinx has spotted you!! E-hyuu-hyuu-heee!!!!!

Belphegor
Post rating: +
you know, i look at that video of the billionaires in space and watch them playing around in 0 G
the thought occurs to me: they are no more or less happy than children playing a simple game. When I used to play 'grounders' at the jungle gym by the ravine with my friends in middle school, it was exactly the same vibe as these blue assholes floating around in the void
sick that they wasted all of those resources on such a vain thing
very rosebud moment, they never learn these rich fucks
the best thing we can do for them is take their money away
to a lesser but analagous extent, first worlders need to be expropriated from their childish fetishes too. funko pops are not garnering you any merit for the afterlife, bro
cars

cars
UNUSUALY COOL
Post rating: +
you know that tactic suicide bombers have where another person detonates a second bomb when people respond to the first one?