In addition to the nationalization of his gold insutry, Chavez earlier also announced that he would recover virtually all gold that Venezuela hold abroad, starting with 99 tons of gold at the Bank of England. As the WSJ reported earlier, "The Bank of England recently received a request from the Venezuelan government about transferring the 99 tons of gold Venezuela holds in the bank back to Venezuela, said a person familiar with the matter. A spokesman from the Bank of England declined to comment whether Venezuela had any gold on deposit at the bank." That's great, but not really a gamechanger. After all the BOE should have said gold. What could well be a gamechanger is that according to an update from Bloomberg, Venezuela has gold with, you guessed it, JP Morgan, Barclays, and Bank Of Nova Scotia. As most know, JPM is one of the 5 vault banks. The fun begins if Chavez demands physical delivery of more than 10.6 tons of physical because as today's CME update of metal depository statistics, JPM only has 338,303 ounces of registered gold in storage. Or roughly 10.6 tons. A modest deposit of this size would cause some serious white hair at JPM as the bank scrambles to find the replacement gold, which has already been pledged about 100 times across the various paper markets.

he's also nationalizing the gold mining industry which seems like a smart move since this is probably gonna send the price of gold even higher. putting the gold in chinese banks seems like bad move though b/c they hardly same stable either. then again, if china goes under venezuela's in trouble anyway so the points probably moot

babyfinland
tardy on these heaters
Post rating: ~
Chavez has been steadily veering right for a while (http://petras.lahaine.org/?p=1864). I wouldn't confuse national self-interest with leftist populism. China is actually purchasing a lot of gold as well (http://www.sfgate.com/cgi-bin/article.cgi?f=/g/a/2011/08/18/bloomberg1376-LQ3UFS1A1I4I01-5QO4D1VAFPJLORDNQ3LA7LE4NQ.DTL)
lungfish

lungfish
San Francisco
Post rating: ~
I used to dismiss gold as a bubble because things were more stable than people believed, but the Tea Party forced me to reassess things by forcing an S&P rating cut and I have been looking into putting some of my capital into gold. I think I will put about 10% of my wealth into it.

I do not recommend purchasing actual gold coins, which waste money in minting, shipping, advertising and other business costs, maintenance, etc. Instead, you can buy GLD, available at your broker. It's an ETF that tracks the price of gold. 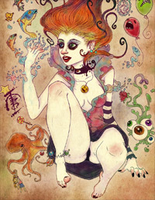 goatstein posted:
A modest deposit of this size would cause some serious white hair at JPM as the bank scrambles to find the replacement gold, which has already been pledged about 100 times across the various paper markets.


wddp's down or i'd ask dm but what does it mean in laymans term to have that many pledges. is it like a loan or "we'll sell it if you request a need for it" or what?

getfiscal
Mike Nelson here.
Post rating: ~
lungfish you should start a thread with all your goonette picture archives
getfiscal

getfiscal
Mike Nelson here.
Post rating: ~
i may have confused you with someone else there
Merzbow 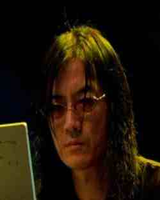 getfiscal posted:
lungfish you should start a thread with all your goonette picture archives

just because he's talking about gold doesnt mean he's jewish, you're confusing him with dorkasaurus rex you anti-semite

getfiscal
Mike Nelson here.
Post rating: ~
actually i was confusing him with that yospos guy that has spreadsheets about everything
babyfinland

Phoning in from Sao Paulo, Brazil, investment guru Marc Faber was a guest on CNBC last week, once again telling the unvarnished truth about the state of the world economy and bankrupt western nations.

This time, Faber had a very clear message: that everyone should own *physical* gold… and what’s more, they should store it outside of the United States:


“I prefer if investors hold physical gold in a safe deposit box, ideally outside the US, in various locations… Switzerland, Singapore, Hong Kong, Australia, Canada… I think it’s important in today’s very uncertain world to diversify, not only the various asset classes… but also the custody of your assets should be in different jurisdictions.”

His hosts couldn’t believe it. -NOT- store in the United States, the bastion of freedom and security??!?! What lunacy!

CNBC: “Uh, so do you thus not trust US banks or US custodians? Do you think they might fail or abscond with the gold?”

Guffaws and incredulous snickers emerge from the hosts.

Faber: “I don’t trust anyone.”

Completely devoid of anything intelligent to say on the topic of sovereign diversification, they quickly changed the subject to talk about equities… but Faber soon came back to his original point.

Among other things, he mentioned that banks in Asia are FAR more stable and sound than they are in the west for not having invested so heavily in dead weight assets like Greek bonds or US mortgage-backed securities.

This is a point I’ve been pounding on from day 1: internationalization, what I frequently call planting multiple flags, is absolutely critical to reducing your risk.

You won’t ever hear about it from the talking heads on state-sponsored media like CNBC. They refuse to look at the real world where America is no longer the center of the financial universe or the safest place to put money.
Truthfully, though, bankrupt nations like the United States pose the greatest risk of all to our prosperity and livelihood, regardless of whether we’re just starting out or have already achieved it.

This is because politicians will stop at nothing to maintain the status quo; the more they try to ‘fix’ things, the worse the situation becomes. They think they can borrow their way out of debt and spend their way out of recession. When these tactics don’t work, they just borrow and spend more.

In recent remarks during an official visit to Japan, Vice President Joe Biden said that China became the world’s second largest economy only because of US troop presence in Asia.

This line of reasoning only makes sense to a politician: China’s growth has nothing to do with its huge population, massive accumulation of savings, burgeoning technology, or culture of productivity… and everything to do with US military installations in South Korea, Japan, and Okinawa.

Such logic truly tests the patience of rational, thinking people, yet it exemplifies the kind of out-of-touch, mindless bureaucrat who is running the country.

Marc Faber has it absolutely right: entrusting the preponderance of your assets to these moronic sociopaths is a foolhardy endeavor. Own physical gold as a hedge against their idiotic fiscal policies, and store it overseas to make sure they can’t get their thieving hands on it.

Here in Austria, there’s a great secure storage facility in Vienna called Das Safe. You can rent a safety deposit box from them completely anonymously, and the box contents are insured for up to $50,000.

This is financial privacy at its finest… and if you want to take Marc Faber’s advice, you should definitely consider Das Safe. As an aside, Austria is also a great place to buy gold; you can purchase the gold ‘Philharmonic’ coin at almost every bank in the country at premiums as low as 3%.

If you’re serious about doing this, you should check out last month’s edition of Sovereign Man: Confidential. I covered a lot of detailed information about moving and storing gold overseas, including specialized contacts and obscure regulations that you need to know about.