As digital media proliferates, these newspapers face increased pressure. Our hope is to create a modern version of this successful model, offering homeless individuals an opportunity to sell a digital service instead of a material commodity. SxSW Interactive attendees can pay what they like to access 4G networks carried by our homeless collaborators. This service is intended to deliver on the demand for better transit connectivity during the conference.

If you'd like to support Homeless Hotspots from afar, click the button below to donate. All proceeds go directly to Front Steps Homeless shelter.

Free of the patriarchal, backwards social construction of a "home", these entrepreneurial pioneers are staking out a claim in that unknown world we call "the future". As Urine Dave always says, "Progress Marches On, Real Change."

Ironicwarcriminal
Post rating: ~
In all seriousness though perhaps this isn’t such a silly idea. Nobody buys newspapers any more (ask the NYT or some trots) so obviously the homelesses’ business model needs to change.
Gregory

stegosaurus
slc
Post rating: +
I thought this was going to be an app that helps you find the choicest underpasses and abandoned warehouses. either that or the homeless version of grindr
Ironicwarcriminal

stegosaurus posted:
I thought this was going to be an app that helps you find the choicest underpasses and abandoned warehouses. either that or the homeless version of grindr

“if you’re in for a treat, the dumpster behind Marcuse’s on west 43rd has day old buns that are totally to die for!

*check in to "dumpster alley"*

littlegreenpills
Poronto
Post rating: ~
i thought it was an crowdsourcing app where you report concentrations of or particularly obnoxious homeless people
[account deactivated]
Impper

Impper
Post rating: ~
its just like those homeless to have wifi hotspots or whatever and still beg for food
mudcrabs 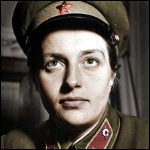 AUSTIN, TX—As the awful demon-spawn of TED and a tech trade show, the South By Southwest Interactive Festival fetishizes good ideas—or at least what passes for ideas on Twitter. But the idea here that has attracted more attention than anything spouted by the many digital gurus and celebrity entrepreneurs on the mainstages has been a dumb one: Turning homeless people into wireless hotspots.

From the BBC to CNN and the LA Times, to every blog including this one, the entire internet is talking about how, as a "a charitable experiment," New York ad agency Bartle Bogle Hegarty enlisted more than a dozen homeless Austin residents to carry wireless 4G hotspots, onto which app-addled SXSW-goers can log in and check into their esoteric social networks for a recommended donation of $2 per 15 minutes, which goes directly to the 'hotspot' they're using.

Many outraged commentators have pointed out, rightly, that Homeless Hotspots is a dumb gimmick that turns humans into walking pieces of hardware in the service of promoting BBH's digital creative services—like a social media Bum Fights.

Even New York Times tech editor David Gallagher offered that the idea was "a little dystopian," in the post that seems to have set off the whole controversy last night on a Times' Tumblr dedicated to how fun SXSW is. The only thing I haven't seen criticized about the Homeless Hotspots project is the download speeds.

But outside the hulking Austin Convention Center today, Mark, a Homeless Hotspots who says he lost his job as an electrician due to the economy, seemed unimpressed by the debate raging over him on the internet.

"I just heard about it," Mark said with a shrug even though he said he'd been interviewed by 7 or 8 journalists before me, including one woman who videotaped their conversation with an iPhone while asking "I want to hear your story" with such earnestness I might have believed she did this to every homeless person she came across, had not this particular homeless person been wearing a blaring "I am a 4G hotspot" at the center of a roiling internet shit-storm that only the close proximity of thousands of geeks with unlimited data plans could create.

"From my point of view, it's not degrading," Mark told me. "I applaud BBH" for helping to break homeless stereotypes. (Though it's unclear what stereotypes this project is breaking, other than the well-deserved one that homeless people aren't typically wifi-enabled.)

Mark gave me a card with a number to text, and when I did I got a password for the hotspot he carried in a small plastic package, the network name: HH MARK.

Obviously, there's an insane amount of chatter about this, which although certainly villianizes us, in many ways is very good for the homeless people we're trying to help: homelessness is actually a subject being discussed at SXSW and these people are no longer invisible.

Social media companies use SXSW to roll out new products to the hordes of early adopters that descend on Austin, and BBH says they're doing the same thing. "We're using SXSW as our beta test," they write in a blog post. "Hopefully you can help us optimize and validate this platform, which we hope to see adopted on a broader scale. "

But what they're actually beta testing is the same potent social media marketing strategy used by Invisible Children's famous Kony 2012 charity campaign—whose minions are also out in force Austin, plastering everything with posters: Charity trolling.

The principle of charity trolling is to present a worthwhile cause in a way that is can easily be interpreted as degrading to the people you are you trying to help. With Kony 2012, Invisible Children framed the problem of the brutal Central African warlord in their spectacularly successful viral video in a way that made bit parts out of the Africans whose children he's been kidnapping and enlisting as child soldiers for years; Homeless Hotspots takes it a step further by actually turning people into utilities.

Make your horrid campaign effortlessly sharable, via slick web design and explicit pandering to the power of social media and/or the internet, and watch as a supercharged outrage cycle kicks in: initial enthusiasm gives way immediately to Twitter backlash; the "debate" leaps from Tumblr and Twitter, to big blogs, to CNN's front page. If SXSW's reputation as the country's digital bell-weather is true, charity trolling is the new March of Dimes, the new pink breast cancer ribbon.

As I was speaking to Mark a cop walked by and ordered him and the 20-somethings next to us handing out free T-shirts for some tech company to beat it. "If you're advertising anything, you need go across the street," she said. Around the corner, another Homeless Hotspot guy was being forced across the street as well, away from the bustling crowds, New York Times tech reporter Jenna Wortham in tow.